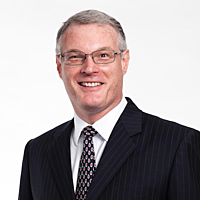 China shocked the world last week by allowing the renminbi to devalue by a small amount for three consecutive days. Unsurprisingly, commentators began asking whether this was a sign of crisis or simply the People’s Bank of China’s (PBOC) desire to facilitate its evolution as an international reserve currency. While we believe it’s a combination of the two, the true picture will emerge over the coming months. With China experiencing a deflationary bust as years of debt-fuelled growth come to an end, the internationalisation of the renminbi is one of the components of the medium-to-long-term transformation of the Chinese growth model. In the short term, however, a devaluation of the currency may assist domestic GDP growth by boosting export competitiveness, as well as ease the pressure from capital flight (all other things being equal). Link to article: (VIEW LINK)

Andrew has been with Ralton since its inception in 2006 and leads the investment management of Ralton’s managed accounts. He brings over 25 years of funds management and investment banking experience having held senior positions with major...

Get investment ideas from Andrew Stanley when you sign up to Livewire Markets.