Whichever way you look at it, the commodities sector is in a purple patch. Across energy, mining and agriculture, “fundamentally, the sector’s never looked better,” says Ben Cleary, founder and portfolio manager of Tribeca Investment Partners’ natural resources team.

Companies across the commodities sector are benefiting from large supply-demand deficits that started in 2021. Cleary believes these deficits will only expand over the next decade, growing the opportunity for producers' earnings to outperform.

Even as the world’s demand for resources remains high, particularly as the COVID recovery continues, reinvestment is expected to stay low as production struggles. At the same time, greater awareness of, and allocation toward, ESG takes effect.

Cleary points to the oil and gas sector as an example of the extent of a funding gap that's leading to the supply shortfalls, as shown in the table below.

“You’ve got the biggest producers in the world telling their shareholders they’ll continue to return capital in substitute for growth capital. That’s why you’re not seeing a meaningful supply response despite materially higher commodity prices,” he says.

And on the policy front, Cleary believes world markets underestimate the effect of the transition toward net-zero carbon emissions.

He references BlackRock CEO Larry Fink, who in January 2020 made his landmark announcement about pulling back from fossil fuels. He has since announced the firm is not divesting but is instead backing “foresighted” companies. And many other massive institutional players have followed suit.

“From the time Fink made those initial comments the sector has materially decoupled from the oil price. But with that weight of money coming back into the sector, that gap can close.”

Highlighting the scale of the pull-back that occurred, the market cap of the US energy sector (US$2 trillion) is materially smaller than that of Apple (US$2.8 trillion).

And of course, there’s inflation, which benefits commodity producers, with high prices for everything from iron ore to gold, copper and battery metals translating to strong company earnings across the sector.

Cleary also calls out what he regards as “virtue signalling” in the form of dysfunctional ESG ratings. Using the world’s largest gold mining company Barrick as an example, he notes the ratings of the 20 analysts who cover the stock are in a very tight range of just a couple of per cent. “But from an ESG perspective there’s a 40% range, so clearly there’s an alpha opportunity for fundamental investors, who can take advantage of these broad spreads.”

In this context, he says it’s crucial to understand emission curves for the various commodities sectors. For example, among gold miners, companies with the lowest emissions will deliver the most impressive returns.

M&A at the bottom of the emissions curve

“We believe that it’s at the bottom of the emissions curve where you’ll see the best multiple expansion over the next 12 months," says Cleary.

And it's here where he expects to see accelerating M&A activity in 2022, pointing to BHP Group (ASX: BHP) as an example. The world’s biggest miner has been expanding its dealmaking team and evaluating rivals such as Freeport-McMoRan Inc and Glencore Plc.

At current levels, the sector is now generating almost four times the amount of cash flow as it was during the last M&A cycle, which suggests a wave of new activity is set to unfold.

Again pointing to gold as a case study, Cleary says the sector has about five-times upside based on average share prices now versus its level in the early 2000s. “And you’ve seen it decouple from the spot price of gold, so there’s still great risk-reward in these sectors.”

The terrible events in Ukraine also play into the commodities thematic. As sanctions levied by most western countries take effect, it has highlighted the very real supply risks of relying on nationalised assets, Russia being the largest supplier of Europe’s natural gas.

Similar concentrations of supply exist in other countries. In the processing of many minerals required for the transition toward decarbonisation and renewables, China holds the whip hand. And Chile, home of some of the world’s largest copper producers, has also firmly hitched its economy to the metal, with accompanying “nationalisation-type” policies, says Cleary.

In summary, the three key themes Cleary’s team are pursuing are:

Santos (ASX: STO) - one of the world’s largest natural gas companies, especially since completing its acquisition of OilSearch in December. Tribeca tips the Adelaide-based company will benefit from the blacklisting of Russian supplies of natural gas by Western nations, in the wake of the Ukraine conflict.

And Santos is also rolling out a long-term carbon capture and storage project targeting 100 million tonnes of carbon dioxide sequestration. This will store not only the company’s own emissions but also those of many others.

Among a couple of global names held by Tribeca are Hong Kong-listed aluminium producer Chalco. The firm’s share price has traded as high as US$25 in the past, at a time when its EBITDA was a fraction of current levels. In 2007, Chalco’s share price was four times higher than now, and Warren's confident the share price will climb back and possibly push higher still.

Among battery metals companies, Tribeca highlights some ASX-listed firms sitting outside the well-worn areas of lithium and copper producers. These include:

5E Advanced Materials (ASX: 5EA) - a producer of boron, this company (previously known as American Pacific Borates) is also listed on the NASDAQ. Boron is traditionally used in fertilisers, fibreglass and specialty ceramics. “But it’s also a key ingredient for solar glass, as used in EV drivetrains and also wind turbines. It should see 10 times demand growth over the next few decades,” says Warren.

Alpha HPA (ASX: A4N) – with a $450 million market cap, the low-carbon, high purity aluminium produced by this company is critical in the manufacture of batteries and LED lighting. Demand for LEDs is tipped to double over the next three years. The first product delivery from Alpha HPA is set for August 2022, and Tribeca's natural resources team believes the company could achieve more than $250 million of free cash flow once the second stage completes soon after. 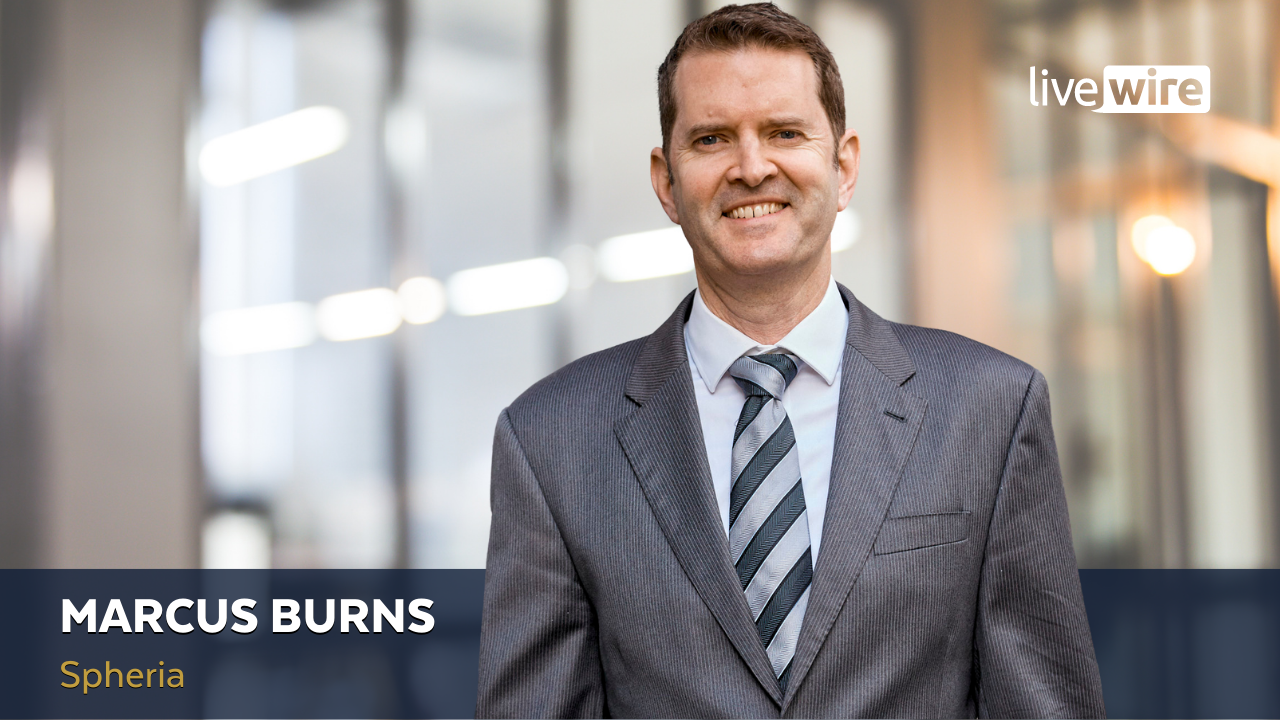 M
Michael Melton
9th Mar, 22
ABR is now 5EA
P
Paul Hanley
9th Mar, 22
Probably too late to get into resources. One would be buying at the high.

Glenn Freeman
9th Mar, 22
And yet...How many of us said the same thing about APT when it hit $7 (I know it's not an apples with apples comparison at all). But it's all about time in, not timing etc.
R
Rus Watson
9th Mar, 22
Or Bitcoin when it hit $1.20
P
Peter Cullin
9th Mar, 22
ABR is now trading on the ASX under the ticker 5EA

Glenn Freeman
9th Mar, 22
Thanks, Michael and Peter, I've made that change - indeed, ABR is now known as 5E Advanced Materials (ASX:5EA) and is dual-listed.

James Marlay
9th Mar, 22
Hi Paul Hanley, I think that is a question on the minds of many investors so we will look to do a follow up piece on that topic. If there are any specific commodities of interest feel free to leave a comment to let us know.

Chris K
11th Mar, 22
I dont think so Paul, there has been a such a lack of investment in commodities they are due some serious investment over the next decade if they want to make this "Green" revolution work. Oil/Gas and potentially even coal demand will continue to rise for the next few decades as a couple billion people rise out of poverty even just a little will more than offset the demand on fossil fuels that is taken away by the Greta virtue signallers.
G
Graham Wright
12th Mar, 22
Paul, this article is a summary of a 47 slide presentation by Ben Cleary, which contained lots of detailed data as to why Tribeca believe there is a great future for investing in commodities. Their portfolio contains 2 other lesser sectors not mentioned here being Private credit investment and Carbon Credits market investments. The detailled date with which they work reinforces their views on their individual and sector investments.

Glenn Freeman
14th Mar, 22
Thanks, Graham, for that clarification. That's an excellent point - these webinar-based articles are always (usually, anyway) a zoomed-in view on some of the topics we think are those most insightful for end-investors (our audience). That's not to say the other parts weren't also useful, valid points - we just don't want to write 3000-word articles for Paul and all our other valued readers.

Mr Pennybags
14th Mar, 22
Good stuff. Tribeca seem to really understand what is going on at the moment. The investor update presentation is worth a read. More uranium related content please.