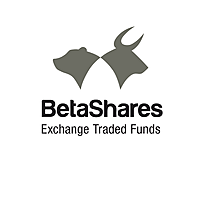 Australian retirees are most at risk from the fallout of COVID-19, which is distorting perceptions, changing consumer behaviour and testing the mental fortitude of investors attempting to navigate extremely volatile markets, according to Dr Roger Cohen, senior investment specialist at BetaShares.

The fallout from COVID-19 will have a significant impact on Australian retirees who face both a direct health impact from the virus itself, as well as the financial impact on superannuation balances, investments, and savings. This is on top of the social consequences of self-isolating and the lifestyle impact from the constraints on activities commonly enjoyed during retirement, such as overseas holidays.

The resultant impact on physical and mental health, lifestyle and prosperity will be substantial and ongoing.

The behavioural impact: perception versus reality

To fully appreciate the impact that COVID-19 will have on retirees, Dr Cohen believes it is critical to review how human behaviour is being influenced by the pandemic, and how it will be influenced after the event has passed.

“If we assume that COVID-19 will at some time be eradicated entirely, or completely controlled (including effective testing and a vaccine), we will not revert to the same state as we were in pre-COVID-19. We’ll be changed as a society in many respects,” he said. “Some of these changes – both positive and negative - will be logical and rational, while others will be exactly the opposite.”

The BetaShares senior investment specialist pointed to the cruise ship industry (if it still exists) as an example of the latter.

“Once the pandemic has passed (and future occurrences can be controlled), the risk of taking a cruise is no higher than it was before COVID-19. However, people will be much more reluctant to be on a cruise ship as their perception and awareness of risk is now raised,” Dr Cohen said.

“This means that cruises for many retirees (and others) will be replaced by local travel, travel to specific destinations, or no travel at all.”

Dr Cohen explained that this line of thinking applies to many other issues and actions, where the risk is perceived to have increased, regardless of whether it has or not.

“In a post COVID-19 world, it will be important to understand what has changed and what is perceived to have changed. The two are very different. But a lot of behaviour will be irrationally influenced by not understanding this key difference,” he said.

According to Dr Cohen, examples of changes that are rational will likely include an increased appetite to work from home and more time spent in “pseudo self-isolation” allowing increased enjoyment of the amenities of the local environment.

“Hopefully, rational changes will see us retain some of the environmental benefits already being observed, like lower levels of pollution, more birds and wildlife in urban areas and more utilisation of local parks and recreational facilities,” he said.

The economic impact: staying invested vs cashing out

Dr Cohen argues that pre-retirees and those in the retirement phase should stay invested despite the wild volatility triggered by the COVID-19 pandemic. However, he noted that riding out the market swings will test the mettle of even the most seasoned investors.

“This is where rational and irrational behaviours can have a significant impact on the financial wellbeing of retirees,” he said. “The decisions they make during this unprecedented event could make or break their retirement plans. It may leave some effectively ‘retirement trapped’ by their irrational decision-making.”

Dr Cohen noted that many retirees and pre-retirees set up SMSFs as a reaction to the GFC.

“Many SMSFs were not well governed or advised. Coming out of the GFC, they had large allocations to cash and therefore missed out on the recovery in equities,” he noted.

The COVID-19 pandemic has already impacted the superannuation assets of most Australians. The impact of this is exacerbated if they are in retirement and drawing down on these assets. Dr Cohen believes many retirees, particularly those who sell out of the market irrationally, will not fully benefit from the recovery that will eventually take place, and that any changes to the construction of their portfolios as a reaction to the current situation will also have lasting consequences. These may be positive or negative.

“A panic reaction will cause many to sell at the bottom or on a bounce. They will not benefit from a subsequent recovery. While others may rebalance their portfolios (which generally sees reweighting into growth assets) too soon or too late,” he said.

Mr Cohen explained that those with the wherewithal to ride out this period of uncertainty may end up doing well but added that the ups and downs of the ride may not be worth it. For those who choose the former, it is important they monitor their portfolio asset allocation to ensure that it has the “right” amount of risk. In this context, right means the blend of growth and defensive assets is maintained within target ranges. When portfolios are highly volatile and especially after large drawdowns, these allocations can change materially. An easy way to monitor and manage asset allocation in a changing environment is to use multi-asset ETFs or follow model portfolio allocations which are available from many industry participants, including ETF issuers.

“For pre-retirees and those early in the retirement phase, staying invested through this period of extraordinarily high volatility will be critical if they are looking to benefit from the eventual economic recovery,” Dr Cohen said.

“Those with externally-managed assets need to trust their investment manager or financial adviser, and not look at the performance day to day. For self-directed investors, behaviour and risk appetite will be tested. The wild swings in equity markets over March have resulted in many people selling at a bottom and making difficult decisions in an unprecedented environment.”

“Many retirees will see their currently reduced super balances. I would suggest they look back at the GFC and ask themselves the question – what should I have done then?

“If the answer is along the lines of: If only I had remained invested or had made different choices, take heed. We will come out the other side of this. Base your decisions on that, rather than on the moment,” Dr Cohen concluded.

BetaShares provide access to a wide range of market indices, asset classes and investment strategies, all of which can be bought or sold like any share on the ASX. Stay up to date with our latest insights by hitting the follow button below.

BetaShares is a leading manager of ETFs and other Funds available on the ASX. With over 60 Funds covering all asset classes BetaShares aims to provide intelligent investment solutions, which help Australian investors meet their financial objectives.

Get investment ideas from BetaShares . when you sign up to Livewire Markets.