Rise of the triple B’s 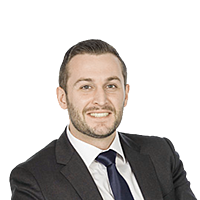 Over the past decade, the value of the investment grade (IG) corporate bond market has nearly doubled, from USD4.8 trillion in June 2008 to USD9.3 trillion today. Interestingly, the weighting of BBB rated bonds in the IG market has risen at an even quicker pace. Over the same period, issues in this rating bucket have grown from 25% of the total IG market, or USD1.2 trillion, to almost 50%, or USD4.6 trillion; around twice the growth rate of the market as a whole. The increasing weighting of BBB rated bonds in the IG universe is highlighted in Figure 1.

Figure 1: BBB rated bonds as a % of the investment grade corporate bond market What has driven the increase in weighting?

A number of factors are behind the increased weighting of BBBs over the past decade.

Figure 2: Ratings drift through time (across both IG and HY) What does this mean for credit investors?

On the surface, an increased proportion of BBB rated paper in IG indices is not necessarily cause for concern. In fact, higher credit spreads on lower-rated issues have helped support returns from IG credit in recent years as the weighting has increased. As a trade-off, one might expect to see modestly higher volatility from the IG sector as a result of the increased BBB weighting.

There is an additional risk that the greater volume of BBB rated debt means a sizeable component of the IG market could be downgraded to sub-investment grade once we enter the next credit risk cycle.

Importantly, rating downgrades of issues from BBB to BB could trigger substantial forced selling by IG only investment managers.

To help quantify this risk, over the past 10 years the HY corporate bond market has grown from USD700 billion to USD1,900 billion, mainly due to significant new issuance of lower quality paper globally. BB rated issues currently account for USD900 billion of the HY universe. The value of BBB rated corporate bonds outstanding is therefore 2.4x the size of the entire HY market and almost 5x the size of the BB bucket.

Only time will tell how many BBB rated issues will be downgraded to BB or lower and, importantly, when. We can, however, use historic rating migration data as a guide. According to Moody’s, between 1920 and 2017 the average annual rating migration from BBB to BB (or the equivalent Ba, depending on the scales utilised by different rating agencies) was 4.5%3.

Given the current size of the BBB market, this suggests more than USD200 billion, or just over 20% of the current BB corporate debt outstanding could hit the HY market within one year. The actual migration could be even greater if drift rates tick up, which could be the case if global central banks tighten policy more significantly than anticipated.

Either way, the increase in BB rated debt looks like being material, particularly in what could be a ‘risk off’ market environment.

In turn, such a sizeable migration will likely lead to more significant spread widening when issues move from BBB to BB, compared to historic averages. Currently, the spread differential between BBB and BB rated issues is around 100bps4, although this is well below the average for the past decade as highlighted by the red line in Figure 3 below. A follow on from this potential increase in non-investment grade corporate bonds is that refinancing risks become more acute. The combination of forced sellers, and the need to find new investors to replace maturing corporate bonds could lead to further spread widening and, in turn, could lead to a higher default cycle than would otherwise be the case.

This risk is significant, with almost USD800 billion of BBB rated issues maturing in the next three years. Is there anything credit investors can do?

Investors should not yet be alarmed as we are certainly not expecting an imminent downgrade cycle, particularly given healthy corporate earnings growth and ongoing low interest costs in most regions.

In fact we believe default rates could even decrease in the year ahead, continuing the improving trend we have seen recently; defaults in 2017 were well below 2015 and 2016 levels.

For those with a long-term investment horizon and able to look through short-term periods of volatility, we believe global credit markets remain reasonably attractive. Adding a credit premium of ~100 bps for IG or ~300 bps for HY to US Treasury yields that are likely to trend higher over time provides an appealing return profile relative to many alternative asset classes.

We believe bringing together autonomous teams of investment specialists who have expertise across multiple asset classes means better investment decisions. Find out more

Craig is responsible for the management of global credit portfolios including asset selection, relative value analysis and portfolio construction. He holds a Master of Applied Finance from Macquarie University, and is a CFA charterholder.

Get investment ideas from Craig Morabito when you sign up to Livewire Markets.