Shred it for credit 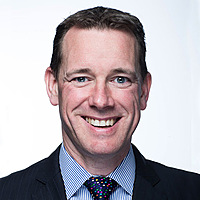 Despite writing this from a Sydney that is still in lockdown (and expected to remain that way for a while longer) and noting a surge in COVID-19 Delta variant cases circumnavigating the globe, we are surprisingly constructive on the overall economic outlook. Viruses were born to mutate but the various vaccines have, so far, proved to be effective at reducing hospitalisation and death from the various strains.

Recent economic data has generally pointed to a slow but steady recovery. For example, July’s US employment report saw the headline Nonfarm Payrolls (NFP) print at 850k (consensus at 720k) but the unemployment rate rose to 5.9% (from 5.8% in June 2020) and was higher than consensus of 5.6%. This was despite the participation rate remaining unchanged at 61.6%.

Given that economic backdrop, it is widely expected that while remaining supportive, global central banks will become less accommodating by starting to at least think about reducing quantitative easing.

While there is a consensus about the above, the jury is still out of the impact on inflation. As such, there is much debate about whether the yield curve will continue to flatten or will the reinflation trade re-emerge leading to renewed steepening.

We believe that credit fundamentals will continue the improvement seen since H2 ‘20 as the after effects of COVID-19 are fully worked out of the system. In the US, investment grade companies’ profit margins continue to improve, and aggregate earnings before interest, taxes, depreciation and amortization (EBITDA), after falling during 2020, has restarted its upward trend. According to JPMorgan, this has led to a slight improvement in investment grade gross leverage ratios. In May, Moody’s data showed the trailing 12 months global high yield corporate default rate fell to 4.9%, returning to where it stood a year earlier and down from 5.6% at the end of April.

There are a couple of ‘bolting horses’ that could upset the credit fundamentals’ apple cart; debt funded M&A activity, and an increase in dividends and share buybacks.

There is likely to be an increase in the former but, for now, management teams appear to be acting conservatively around shareholder-friendly policies.

Looking ahead, the credit outlook is expected to be rather sanguine – which is a positive; boring is good! Moody’s expects the trailing 12-month global high yield default rate to fall to 1.8% by the end of 2021. Furthermore, Moody’s noted, “Default risk should remain low over the next couple of years because of strong corporate profit growth, a booming US economy, and accommodative monetary policy.”

On the technical side of the ledger, investors have continued to allocate towards US investment grade funds and ETFs. Given the negative returns (calendar year-to-date) of most bond indices, this is somewhat surprising but probably highlights the fact that there is comfort about future support by central banks for the bond markets, and some concern surrounding equity valuations.

As for supply, so far this year it has been below 2020 levels and has generally been readily absorbed by the market. Having said that, some Australian new issues have been priced close to fair value and haven’t performed particularly well after issuing. As such, we remain highly selective in which new issues to participate in.

In terms of relative value, we think that generic spreads are tight and generally credit markets (like most others) are priced to perfection. That is not to say that there are no pockets of value left, but like watering holes on the African savanna during a hot summer, it is getting harder and harder to find them as relative value continues to evaporate. So given the above backdrop, what strategies have we employed to ensure ongoing appeal and added value to our portfolios?

While high portfolio liquidity has always been (and remains) a hallmark, we have given the portfolio a more acute barbell shape. While ensuring at the more conservative end an elevated exposure to ultra-liquid and very short-dated and high-quality issues, we have found some exciting and very appealing yield opportunities in warehouses, private placements and convertible bonds.

For example, we are seeing good opportunities to invest in the mezzanine tranches of warehouses that pool together secured or unsecured loans. These are short-dated, with a typical 1-2 year investment horizon. There is less competition in these sectors of the market, and hence expected risk-adjusted returns are highly attractive. These investments are less liquid but even after accounting for that, we believe that returns of about +400-750bps over cash/BBSW (plus some additional undrawn line fees) are compelling. Acknowledging that these types of investment are less liquid, and to ensure prudent balance, we have been simultaneously reducing our exposure to less liquid segments of the corporate bond market, and increasing our ultra-liquid (cash, government, semi-government, supranational and sovereign bond) holdings.

In the search for higher yields in this current environment, we believe that the risk-reward dynamics are more attractive in lower-rated, shorter-dated bonds than higher-rated, longer-dated bonds. This belief is formed through a combination of our view that credit spreads are relatively tight – and as such, protecting capital is even more critical – and through our internal analysis of capital losses over that the last five spread widening events.

In the low spread credit universe that we now inhabit, we have been even more focussed on ensuring the portfolio is more actively traded. As we take advantages of better relative value opportunities, we have seen turnover increase by roughly a third compared to 2020. We have also taken more tactical, short-term positions when relative value presents itself.

An example of this has been in some Chinese state-owned enterprises. We selectively started building our positions in those securities when the US Executive Order took effect mid-January 2021, and we saw a knee-jerk reaction with significant spread widening. This led to attractive relative value compared to similarly rated peers, a move we believed to be overdone and largely driven by forced-selling from US investors. We started realising profits a few weeks later as spreads tightened, and we continued to take the position down and lock in gains as spreads tighten further.

We continue to work hard to deliver strong, risk-adjusted returns. Given our view that credit fundamentals are robust (and improving), technicals are strong, but valuations are stretched and relative value is becoming more challenging to find, this is a time to sweat assets harder. We’ve achieved this through employing a more acute barbell-shaped strategy, benefitting both portfolio returns and liquidity, preferring credit risk over duration risk, and through greater focus on active portfolio management.

Stay up to date with our latest fixed income insights by hitting the follow button below.

Mark Bayley is a Portfolio Manager for Kapstream Capital, and is responsible for credit analysis and portfolio management. Mr Bayley has over 20 years’ fixed income and credit market experience gained on both the buy- and sell-side in Australia...

Get investment ideas from Mark Bayley when you sign up to Livewire Markets.