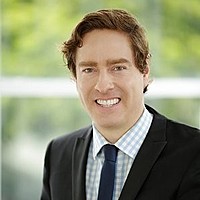 Solar power is now the cheapest form of energy production, second only to wind. Those economics have seen rapid grid defection leading to an increase in grid power costs as well as huge latent demand for battery storage. SolarEdge (SEDG) has ridden that rise in demand, and with its unique capabilities in innovation, has become one of the world’s leading inverter manufacturers. They now look to leverage those capabilities into battery storage and virtual grid solutions. The company has revenue growth of 44.7% CAGR over the last four years, produced $259m USD in cash flows from operations in FY19, and funds all its growth from internal cash flows.

Years of PV subsidisation led to a rapid uptake of solar, increasing sales volumes and in turn, greater competition amongst solar manufacturers and installers. That competition lowered the price of rooftop PV to a point where it became a cheaper source of power than grid supply. At that time the velocity of solar uptake really took off, as did its viability, with the price of unsubsidised solar now significantly lower than coal, gas, or nuclear power. Chart One below shows the rise in installed capacity of solar energy and its decrease in cost in $/MWh as compared to power produced by coal. Chart 1 above illustrates the influence of the reduction in the cost of solar once it became less than coal. Installed capacity begins to spike upwards from around 2014 which is shortly after the cost of solar falling below coal. The continual downward pressure on pricing means that solar subsidisation is no longer a part of its economic viability.

Rapid uptake of PV, by default, results in less usage of grid supply. That means less revenues to absorb the massive fixed costs of utilities, which in turn forces them to increase prices, especially at night when solar can’t compete. “Every minute on average, 6.5 solar panels are installed on Australian rooftops” (ABC News. Oct, 2018).

Figure One above shows the relationship between solar installations, increased COGS as a portion of revenue for utilities and subsequent rises in grid power costs further accelerating demand for PV installations. This situation has led to huge latent demand for batteries. Chart 2 above highlights the power price spikes outside of daylight hours when usage peaks. The situation led to a huge latent demand for batteries, waiting to be realised the moment they become economically feasible in residential applications. SolarEdge is currently building a $95m USD 2GW factory in South Korea that is expected to bring the costs of residential batteries down as it has done in its inverter business.

The effects above led to remarkable growth for SolarEdge with revenues growing by 44.7% CAGR over the last 4 years. It is now the largest inverter manufacturer in the world. SolarEdge has maintained a focus on maintaining margins as it has lowered the price of its products. Chart 3 above shows growth in sales and COGS from 2012 (when COGS were higher than sales) to 2019. A focus on maintaining margins while creating a larger market by lowering prices has given SolarEdge scaling effects.

Revenues over the last three years have grown by 43.75% CAGR while funds from operations has grown at 81.15% CAGR. Lowering prices has been necessary to increase the addressable market of solar, making it more viable in more areas. Europe was not traditionally a native solar application due to its low number of daylight hours per year. However solar is now growing very quickly and Europe made up over 26% and 30% of the company’s total revenues in FY18 and FY19 respectively, sustainable stocks outperform.

59.8% of revenues in Q2 FY20 were generated outside of the US. Revenues were made up of:

SEDGE is diversifying its revenue streams outside of the residential market with 56% of revenues now coming from commercial installations and SEDGE now winning utility scale tenders. SEDGE currently offers:

The lifespan of an inverter is approximately 10 -15 years. A significant replacement market is emerging as the first wave of installed inverters approach replacement age. Chart 4 above shows the significant increase in PV installations from 2010. Using Australia as an example we can see how the first wave of inverters installed are approaching replacement age from 2020 . The number of inverters requiring replacement will dramatically increase every year proportional to the installed capacity of 10 - 15 years prior. This time, people will be looking for an option that can handle both PV and battery.

Battery production is set to begin H1 2022 with the operation of the autonomous Kokam factory in South Korea. McKinsey research (2015) stated that “the market for distributed battery installations in the United States is set to expand by as much as 50% per year.” In 2018, SolarEdge took a bold move into the energy storage market with the purchase of Kokam Batteries in South Korea. Around the same time, they purchased SMRE, a producer of electric mobility, automated production machines, and telematics software. They are using the capabilities of SMRE to build their own robots for autonomous battery production lines at Kokam and to enter the e-mobility market.

With extensive R&D, solar, and battery capability, SolarEdge sees itself as being well positioned to be competitive in the e-mobility market. E-mobility is expected to grow at over 30% CAGR to 2030, with the fundamentals transport systems being battery capability (storage, cost, and power output) and powertrains (efficiency and cost). To win in batteries, a manufacturer will need vast scale with technical supremacy. SolarEdge is already the largest inverter manufacturer in the world. They are at the point of sale for more opportunities for battery commercial and residential installations than anyone else.

They have already built extensive R&D capabilities that have seen them become the market leaders in PV and inverter innovation. It makes a lot of sense to apply these capabilities to batteries and furthermore to e-mobility batteries. It is the cost of batteries that prevents mass adoption of electric vehicles (EVs). Today, EVs often cost $12,000 USD more to produce than comparable internal combustion engine vehicles with the biggest contributor to this difference being battery cost (Baik, et al, 2019). SolarEdge appears to be tackling this problem by beginning battery production in a market where it’s already viable, commercial on-site storage, and then rolling out to residential and EV applications. In applying the same R&D capability that allowed them to maintain margins whilst lowering the cost of PV panels and inverters, they have the potential to unlock massive latent demand for battery applications in homes and EVs.

Economics for battery installation has become viable in some applications. McKinsey estimate that as of June 2017, 43% of commercial and industrial usage applications in the US were economically viable, as shown in Figure Two below. There’s a lot of sense in SolarEdge creating a virtual grid solution. As the world’s largest inverter manufacturer, no one else has the ability to connect more inverters together than they do. With the move into storage solutions a SolarEdge virtual grid becomes even more compelling.

As shown in figure 3, SolarEdge is moving towards connecting various supplies of production and storage into a virtual grid solution. In Q2 FY19 over 1 million solar systems were monitored on their portal with Q2 FY19 seeing 115,000 systems added. The first virtual trial grid solution is expected to be in place sometime around the end of 2020 and to be offered to the market in 2021.

SolarEdge has no debt and funds its growth through its own cash flows. Net investing cash flows including the purchase of Kokam and building the new battery factory was only $224m in FY19, while operating cash flows were $259m. Chart 5 shows the conservative nature of capitalisation at SolarEdge. Net investments is less than cash flow from operations while the company has significant cash reserves and is building retained earnings.

At Blue Oceans Capital our valuation of SolarEdge as of the recent July quarter update comes in at a conservative  $220, right on fair value at current market prices.

As investors, we have tremendous power to create change. Business enables evolution but investors enable business. Blue Oceans Capital exists to drive investment into sustainable companies and to make a difference.

Get investment ideas from Will Simpson when you sign up to Livewire Markets.