A fintech opening India to banking 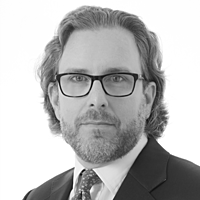 The listed Indian banking sector comprises three very different types of lenders. The “private sector” banks, such as IndusInd, are growing aggressively at the expense of the “public sector” banks which are suffering the consequences of bad lending. Most recently, a “non-bank lender”, IL&FS, defaulted on its debt causing significant stress in wholesale financing markets at the same time the central bank unexpectedly forced a merger of two public sector banks sending shock waves through the sector.

Previously, the Indian banking system was focused on large corporates and wealthy individuals as other segments were largely unprofitable. Basic banking services remained inaccessible to a relatively high proportion of the Indian population, particularly in rural areas, until now!

Fintech is also playing a key role in facilitating this structural change, reducing the cost of reaching the broader community, with more reliable credit data and higher levels of security. The costs of opening a deposit account in India have fallen by as much as 90% and unsecured personal loans can be approved within seconds. The tech-savvy private banks can now serve micro, small and medium enterprises and their employees who make up 80% of the Indian population, not an insignificant number!

Previously the consensus view was that credit growth would struggle to outpace GDP, however, the combination of meaningful reforms and fintech means that growth will exceed that of GDP.

Consumer credit growth of 25% for the next decade may be too conservative especially given consumer finance, credit cards and personal loans were up 53% and 51% YoY respectively in the most recent results. This challenges the view that the private banks are as expensive as they appear. IndusInd Bank serves both the corporate and retail market and we believe it is the microfinance, SME business and retail customer opportunities which will deliver high sustainable growth.

Traditionally its competitive edge has been distribution, going forward it will also be its use of fintech which will differentiate it from the public sector banks.

IndusInd is completing a merger with Bharat Financial Inclusion, one of India’s strongest players in the microfinance segment covering 100,000 of India’s 600,000 villages with 6.2mn active women members who obtain collateral-free loans to fund income-generating activities.

Their personal data is sent to the credit bureau who provide a report/update within minutes, then granting the loan if the member is an existing account holder. Retail credit penetration also increases opportunities for cross-selling as the bank collects evidence of sustainable cashflows. One of management’s key strategies is to increase the products sold to a single customer from the current 3.6x to 4x, a move that will give a material uplift to margins.

Induslnd has achieved tremendous success, posting strong and consistent loan growth and low credit costs despite a tough macro backdrop. We see them as one of the strongest retail banks with an opportunity to grow its book annually by much more than the likely market rate of 25%. The combined entity will be largely financed by customer deposits, the cheapest source of funding, and is expected to have tier 1 capital of 15% vs the requirement of 8% and an expected ROE of well over 20%. Additionally, management is expecting a 4-5% EPS uplift upon integration of the Bharat merger.

Recognising that on 18x forward PER IndusInd cannot be described as being “cheap”, we still have a high conviction that this is one of those instances where investors should pay a premium for the growth opportunity and quality of business model, management and strong ESG profile.

In a sector context, we believe that “you get what you pay up for!” and, relative to the Australian banks, this growth is simply unimaginable. James joined Morphic in 2016. He was previously Head of Investment Research at Knight Vinke, a leading activist investor focused on European companies. He is a stock picker and has experience across a wide range of sectors around the world.