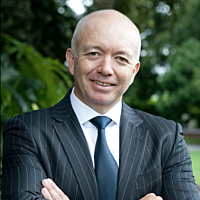 I jumped in the car and made my way to The Reject Shop store in Rockdale, southern Sydney. It might appear to be just another shop in a network of more than 350 Australia wide, but it’s much more than that.

The Reject Shop has undergone a significant management overhaul during the past 12 months following several years of trying to define its place in the Australian retail landscape. The revival strategy recently revealed by management is a timely indicator that this team will not be sitting idle. The centrepiece of this game plan is dubbed simply: "Fix-Reset-Grow". The Fix stage will hinge on the success or otherwise of three ‘Stores of Learning’ within the group. Two are located in Victoria (Altona and Moonie Ponds) and the third in NSW. Rockdale, as luck would have it, was chosen as our prototype.

I entered as an undercover investor with a few questions for unsuspecting staff, in the guise of  a shopper armed with a dog-eared list of items

Prominently positioned, the store shared the centre with Big W and Aldi along with a host of specialty retailers. The car park was full and the centre doing a solid trade.

It was obvious the store signage had been freshened up. Moving into the store, I noticed the various "operational enhancements" management had mentioned would shortly be incorporated. These include wider aisles, cleaner stocking "lines" and removal of  "overs" – the stacked inventory that lived above the shelves and perilously snaked its way to the ceiling. I also saw the installation of several sets of ‘8 ways’, a mobile shelving system enabling easy access to particular stock lines that were being promoted or prioritised.

The trialing of trolleys was interesting. This will certainly facilitate the shift to everyday shopping and must surely see the average basket size pick up appreciably. The trolleys were proving popular today, and I wondered why they hadn't previously featured in the stores.

A new point of sale system will roll out across the network in October. This follows on from the web site renewal some months back. There will also be conveyor belts at check out points. One staffer I spoke to said they were looking forward to this, but conceded they hoped its implementation would be a little smoother than the staff rostering platform. This was state-of-the-art but had proven a challenge to master.

There was animated recognition from this four-year staffer that the store and its customers were better for the recent investment, as already reflected in shoppers' favourable reactions.

Around 2 weeks ago The Reject Shop announced it had signed an exclusive merchandising deal with UK super market kingpin Tesco. The Nine Network's Current Affair ran a feature (advertorial?) on the initiative, which seems to have struck a chord with customers. Visiting Brits were very early adopters, I was told.

The Tesco products I saw ranged from infused teas, biscuits and tinned tomatoes through to ultra-dry Fred & Flo nappies. They were clearly marked and highlighted as typical sale items might appear. The Tesco stocking struck me as astute product differentiation; the labelling and brand pedigree instantly engaging.

With that, I gathered my goods from the cashier and made way back to the car. Assignment complete, The Fix is indeed underway.

The Eley Griffiths Group Emerging Companies Fund and the fund is currently a shareholder in The Reject Shop.

Eley Griffiths Group is a specialist at focusing on small and emerging companies in Australia. Their investment process and team have delivered consistent outperformance through all market conditions for 15 years. Stay up to date with all our latest insights by hitting the follow button below.

peter calo
15th Sep, 20
The store at Altona Gate is within 5 kilometres from my home, so I may do my shopping there this week and pop by TRS and have a look at the changes.
J
John tucker
16th Sep, 20
Sounds like a group on a roll
m
matthew smith
9th Oct, 20
If only investing was all this easy.