The $369 billion opportunity you need to know about 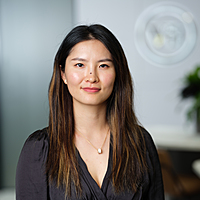 The passage of the Inflation Reduction Act in the United States will inject US$369 billion into the US clean energy economy, boosting investment in a range of greener energies, including electric, wind and solar. The bill could reduce emissions by approximately 43 per cent below the nation’s 2005 emissions levels by 2030; and net zero by 2050.

The stimulus has come at a time when valuations for clean energy stocks are starting to look attractive, with Enterprise Value/EBIDTA (EV/EBITDA) trending back to the long-term averages after having been at historical highs during 2020 and 2021. As companies in the sector report their earnings and provide guidance, there is an overwhelming optimism relative to other parts of the market.

According to Eric Beinhocker, director of New Economic Thinking at the Oxford Martin School, the bill will lead to a massive increase in clean technology and will drive the cost of renewables down even further.

The legislation offers nearly four times as much funding compared to the previous act, the 2009 Recovery Act. Combined with the falling cost of clean energy, the impact of the Inflation Reduction Act will be unprecedented, and represents a strong and comprehensive commitment to climate change from the US.

There are three key areas of focus for the Act:

The stimulus comes at a time when we are seeing valuations for clean energy stocks starting to look attractive with EV/EBIDTA trending back to the long-term averages having been at historical highs during 2020 and 2021. EV/EBIDTA has fallen from a high of 22.5 in September 2021 to the current level of 14.1, as the chart below shows.

While some clean energy companies have been hit by higher US interest rates and bond yields this year, they are still performing relatively well overall.

The recent recovery of solar and wind energy companies is not only due to the favourable legislative environment.

Wind energy stocks have done well recently due to a fall in the European steel prices to €1,500 at 30 June 2022 from €1,850 in March 2022. Steel is a major cost for wind energy production and its price could continue to fall as global growth slows amid fears of recession. Costs have also been reduced on the shipping side.

A number of clean energy companies that released their quarter two financials prior to the bill have also been beneficiaries of an emboldened investor attitude towards green energy stocks. Smart energy company, SolarEdge Technologies CEO Zvi Lando says, “The growing demand for energy in general and clean energy in particular continued to drive top line growth this quarter resulting in record revenues in Europe and the United States.”

Following news of the legislation’s successful passage through the US Senate, a number of clean energy stocks rallied, including solar energy company Sunrun which rose by 4 per cent on the day after the senate passed the Act with its amendment. The daily gain comes on the back of a 40 per cent jump in July. Meanwhile, wind turbine company, Vestas Wind Systems rose 26 per cent in July.

Plug CEO Andrew Marsh said, “with the passage of the Act, we expect a boom for our electrolyzer and green hydrogen business. All applications that use gray hydrogen (produced from fossil fuels) today, such as fertilizer manufacturing, will now be able to buy green hydrogen at a competitive price with gray.”

Other tailwinds for the clean energy sector include some easing in supply chain bottlenecks, as well as backlogs in retail orders due to increased demand.

Looking forward, the outlook is positive on the clean energy sector as a whole in light of demand re- re-rating of the entire sector and increased governmental support in many countries including the US, Europe and China.

Alice manages equity portfolio trading and oversees fund operations. Her area of focus is Chinese equities, ESG and stewardship. Formerly at State Street where she was a fund operations analyst, Alice has also held a number of roles at RBC...