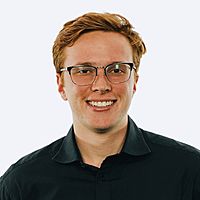 For many of us, markets have been unkind recently. A quick look through recent wires on this very platform, such as A few ideas for how to manage your investments during a market decline or Shane Oliver’s guide to riding out a "year to forget" will tell you as much.

But not everyone sees this market volatility as a bad thing. In fact, there's plenty for investors to be excited about, says Chris Stott, CIO of the 1851 Capital Emerging Companies Fund, despite his view that Australia will experience a minor recession in 2023.

This wire will delve into 1851 Capital's expectations for the Australian market over the coming year, as well as the seven stocks its portfolio managers believe are poised to outperform.

Be greedy when everyone else is fearful

Stott argues that market sentiment is at its lowest point since the COVID-19 outbreak, and at a similar point as many previous market turnarounds, including the GFC.

While 1851 expects a local recession in 2023, the fund manager believes it will be relatively mild as a result of a particularly strong consumer.

"If you speak to a consumer on the street, if they bought a house two or three years ago, they're likely up 20-30%, they've likely been able to keep their jobs during the pandemic, they've probably received their biggest pay rise in almost a decade," Stott said.

So which stocks can help sail you through a "mild recession"? Below, I'll outline the seven key holdings 1851 Capital's portfolio managers believe are compelling opportunities for the current market cycle.

A further boon to earnings has come in the form of an acquisition of Future Medical Imaging Group (FMIG). 1851 Capital views the FMIG deal as both strategically advantageous, as well as accretive for the existing imaging business.

OFX is a currency exchange service provider, which aids both corporate and retail customers in moving money overseas.

1851 also believes that OFX’s acquisition of Canadian Foreign Exchange company ‘Firma’ is accretive to their existing business, and is expected to support OFX’s earnings for the next 12 months.

PSC Insurance is an insurance broking firm with a particular focus on corporates. It has benefited from increases in insurance premiums over the last three years.

A further argument in the case for PSC Insurance is that a large portion of its operations take place in the UK, allowing it to benefit from recent fluctuations in exchange rates.

Ridley group is a defensive position within 1851’s portfolio. Ridley Group produces animal feed for pets and farm animals. RIC trades on a PE ratio of 15 times, along with earnings growth of 15%.

"CEO Quinten Hildebrand has taken significant costs out of the business, sold underperforming assets, and improves the balance sheet of the company," Hickson said.

While this has been happening, Ridley has been able to accumulate market share while developing a very well-capitalised balance sheet.

Hickson believes that Ridley will be able to deploy this capital in order to make accretive acquisitions and further develop its market position.

PFP has made a number of important strategic acquisitions, according to Hickson, which is enabling them to take on significant market share in the funeral services sector.

Furthermore, the increase in death rates over the last 12 months with COVID lockdowns ending has led to an acceleration in earnings in comparison to the pandemic period, he added.

Austin Engineering is a manufacturer of trays for large mining trucks, with a relatively small market capitalisation. It is only being covered by two brokers.

1851 Capital senior equity analyst Matthew Nicholas explains that this is beneficial, as there is an increased opportunity for market mispricing to occur.

Of further interest to Nicholas was the appointment of CEO David Singleton, who has a history of successfully optimising the manufacturing footprint of large-scale industrial manufacturing businesses.

Nicholas also pointed to the recent IPO of IPD Group. As another small-cap stock covered by only one broker, 1851 believes there is an opportunity for potential mispricing. IPD provides complex electrical components and works in partnership with a variety of international firms as a distributor within Australia.

As a result, IPD holds a competitive market position with quite high barriers to entry in the form of relationships with OEM partners.

Although 1851 Capital did not invest in IPD until after the IPO, Nicholas explained that increased infrastructure spending has been a strong tailwind for the stock since its IPO, and he expects that this will hold true until at least 2025.

In 1851 Capital’s view, a further key tailwind to the IPD business is its strategic partnership with ABB, which runs an EV charging business. This relationship currently makes up 5% of IPD’s revenue, but with EV vehicles expected to grow from a current Australian market share of 3-4% 1851 expects that this could lead to major opportunities for the distributor in coming years.

Will is a Content Editor at Livewire Markets and studies Actuarial Studies & Mathematics (Honours) at UNSW. Previously he worked in the analytics team at Fitch Ratings covering residential mortgage and asset-backed securities.