The Australian economy is not bulletproof 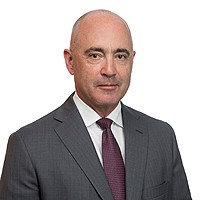 RBA Governor Philip Lowe set a new bar for transparency in May, giving a strong signal in his comments that the RBA was poised to ease rates and delivered on this with a 25 bps cut (to 1.25%) at the June meeting. The case to cut rates in Australia has been building for some time, with broad-based weakness in housing activity, sharp falls in house prices, the ongoing undershooting of the RBA inflation target – and more recently, a rise in the unemployment rate. All of these considerations provide ample support for some further monetary policy loosening. While the RBA has long argued that Australia’s already low cash rates weren’t restrictive, the question now is how far official rates in Australia will fall. With the global “bar” set very low in recent years, it would be naïve to suggest that rates in Australia could not fall to zero given the right (or wrong) circumstances. That said, we think there are good reasons to think that anything beyond one or two cuts at this juncture is unlikely.

The Australian economy is certainly not bulletproof.

While it has been 27 years since a recession, the economy is as vulnerable now to this golden run ending as at any time in the intervening 27 years. There are several obvious downside risks to the economy. The first, that the housing downturn (both activity and prices) fails to stabilise, setting off a downward spiral of confidence, wealth effects and consumption. The second, that trade (especially with China) collapses amid global trade and tariff tensions feeding back into commodity prices and export volumes. Clearly either a US or Chinese recession would be a disaster for Australia.

This said, there are positives. Easier monetary policy and a relaxation of lending standards will lower borrowing costs and improve the availability of credit. Likewise, fiscal policy is set to be eased, with promised income tax cuts providing a boost to household disposable incomes which have been under some pressure. In addition, there is a pipeline of non-residential construction projects – including a long list of infrastructure initiatives – that can at least partially offset the declines in housing activity.

The bottom line is that while the risk of an Australian recession over the next couple of years is real, it is by no means guaranteed and would likely take an exogenous shock – like an escalation of the trade war that pushes the global economy onto a significantly lower growth path – to push Australia into recession.

The situation in the US monetary policy debate is also finely balanced. January’s return of a more dovish Fed has coincided with weaker US economic growth, worsening trade tensions and a continued inflation undershoot. For the next move to be up, growth would need to improve, trade tensions resolve, and inflation pressures emerge. While not impossible, this is nonetheless a big ask from here. It seems more likely that the Fed will succumb to market pressure and lower rates before year end.

We are in a dangerous phase for investors. Lower rates make it difficult for investors to earn decent low risk income, tempting investors to step out the risk curve in search of higher yields and ultimately higher returns; yet the reason the pressure on rates is down is because of heightened risks in the economy and, by extension, corporates. Importantly, this is occurring against a backdrop of limited risk premium in most assets. In other words, risks are rising and instead of demanding higher risk premiums to compensate (read lower prices), investors are accepting less because the risk-free alternative is so low.

To the extent that low returns are preferable to negative returns, the amount of risk investors hold and where they hold it will be critical in this environment.

Markets won’t stay still and investors with liquid and high-quality portfolios will ultimately benefit. Now is not the time to be chasing risk, nor the time to be seeking to find solutions in complex, opaque and often leveraged investment structures. While 2019 has started strongly, investors would do well to remember the difficult environment of 2018 and, as May has again reminded us, equities don’t always rise.

We think investors should skew towards what are generally considered the cheaper markets. Australian and Japanese equities look reasonable value to us and to some extent this was borne out in May, with Australian shares defying the broad-based weakness in global market to post modest gains. While certainly not cheap, good quality Australian corporate bonds and mortgage-backed securities have the potential to offer stable yields with limited default risk. We’re avoiding expensive markets like US equities and leveraged loans, and cautious on higher risk credit generally. We also like good risk hedges such as Japanese Yen, the USD (particularly v AUD) and longer dated US treasuries. Cash, despite its low (and likely to be lower) yield shouldn’t be shunned either in the near term.

During May we did make some changes to positioning. After tactically adding back equity risk to the portfolio in late December and through the March quarter, we reversed this position in early May following the strong rebound in markets and amid renewed concern over trade and the economy. We implemented this by selling Australian equity futures and buying US S&P put options which has, in broad terms, cut our exposure to equities to around the levels we held mid-2018. In addition, we added around 0.25 years to the strategy’s duration, taking it to around 1.5 years – the most duration we’ve held in the portfolio for some time. A baseline is that this positioning is tactical and could be again reversed amid more volatility. That said, the potential for more protracted weakness is high, and we’d prefer to play this one from the defensive side.

After a strong start to 2019, most major equity markets reversed course in May. The main exception to this was Australia, where the market benefitted from a both a rate-cut and a surprise Coalition win in the federal election, reducing pressure on banks and the market more generally with franking credit changes now off the table. Globally, escalating trade tension and growing evidence that this is hurting global growth put downward pressure on stocks broadly, but technology stocks also recorded sizeable falls.

Looking forward, we still prefer markets such as Japan and Australia where valuations aren’t demanding versus the US where valuation support is less favourable.

This is embedded in our return forecasts, where we are projecting modest positive returns from Australia, Japan and Asia-Pacific markets but close to 0% for the US market over the medium term. Within emerging markets, we prefer Asia ex Japan, where our three-year expected return remains attractive.

Arguably, bond markets have a more negative view of recent economic developments in the global economy than equity markets and have rallied strongly in most jurisdictions. 10-year US Treasury yields are now not far from 2% and implicit in this move is growing confidence by bond investors that the Fed will cut rates sooner rather than later (and perhaps significantly). In Australia, 10-year bonds are now yielding around 1.5%, with the market having now discounted falls in the official rate to less than 1%.

One key uncertainty here is how and when the trade war between the US and China is resolved, and what impact this ultimately has on the economy and corporate activity and profits.

While the consensus is that a resolution is not too far away, we are a bit more cautious given the broader geopolitical struggle playing out here. While the rally in bonds has been relatively swift and some retracement in yields is a distinct possibility, we expect sovereign bonds to continue to play an important role in managing downside risk, with yields likely to move considerably lower still should a recession emerge.

Credit fared poorly in May, with spreads in global markets rising for the same reasons that equity prices fell. Globally, high yield spreads widened by over 60 bps during the month, while investment grade and emerging market debt spreads also widened to a smaller extent. Australia was the exception, where spreads in investment grade remained flat.

The US dollar index continued to strengthen during the month, most noticeably against the GBP where ongoing political and Brexit uncertainty weighed on the currency. The Australian dollar weakened during the month on the back of soft data and further rate cuts being priced in. Amongst major currencies, the Yen was the standout performer, reaffirming its status as a downside risk hedge.

Our FX positioning remains unchanged over the month; we continue to hold Yen as a risk hedge and maintain a small position to the GBP on valuation grounds, but have limited the exposure given the likelihood of continued volatility driven by Brexit.

Take advantage of opportunities wherever they exist

With the flexibility to invest across a broad range of asset classes, we aim to help investors grow their wealth with reduced risk of losing money when markets fall. Click 'contact' to find out more, and make sure you keep up to date with our latest Livewire content by hitting 'follow' below.