The barbell effect of COVID-19 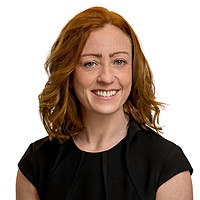 Throughout history, financial crises have been caused by an economic shock or a fundamental demand/supply imbalance. This crisis is different. When the pandemic hit, the global economy was in a growth cycle and share markets were performing reasonably well. Lockdowns put economies effectively into hibernation and triggered an immediate and profound market response. Although the limits on movement and restrictions on discretionary spending such as travel and entertainment are universal, the greatest financial jolt has been felt mostly by individuals who are at the beginning and at the end of their working lives. It is the young, due to the cascading impact on savings and jobs, and the elderly, due to falling investment yields that are most impacted.

Cascading effect on savings and jobs

For millennials, those born between 1981 and 1996, the current recession is a harsh reminder of 2008. That recession struck just as many were joining the workforce and often meant starting on a lower rate of pay. In recent months, those in casual or lower skilled roles have seen their opportunities for employment significantly reduced. A disproportionate number work in the industries that have been most impacted, such as hospitality, retail, travel and leisure. Wage growth and employment opportunities are likely to remain sluggish in the short-term whilst consumer demand remains suppressed. Even before the crisis, the Millennials’ share of household wealth was low compared to previous generations. According to the US Federal Reserve, in the 1990’s US baby boomers in their late 30s had 21% of household wealth. In 2020, millennials in their 30s own just 3% of all household wealth. According to Pew Research Centre, in 2018, 15% of millennials lived with their parents compared to 8% of baby boomers at the same age.

Many who should be entering their peak earning years are unemployed or furloughed and receiving government assistance. The early release of superannuation scheme in Australia has led to over $31.7 billion withdrawn from retirement balances which will have a meaningful long-term impact. According to the Grattan Institute, a typical 35-year-old who took out the full $20,000 will see their retirement balance fall by $58,000. The US$15 trillion of global stimulus measures that have been rolled out by governments and central banks over the last few months has led to significant increases in government debt. Eventually this will need to be paid off and it is younger workers that will bear the brunt of this. It may result in austerity measures such as higher taxes, or alternatively central bankers will look to inflation to erode the debt over time. While inflation is very low currently, it is a risk in the medium term as economies reopen. This could be driven by higher energy prices or geopolitical tensions, especially between the US and China which has led to deglobalisation and shrinking world trade. What this means for consumers is higher costs for goods and services.

Impact on the older generation

COVID-19 has had by far the largest impact on the older generation. On top of the day to day precautions, many retirees’ plans of travel, social activities and over the longer-term aged care are all being reassessed in a world of lockdowns and concerns over the risks of clusters of COVID-19 infection. When it comes to their finances, there are also meaningful considerations that have been expedited due to the current investment climate. These include concerns around:

In a recent Lonergan survey, 65% of all retirees said that they were concerned about a shortfall of income in retirement. Self-managed retirees have also been materially impacted. Those holding adequate liquid assets such as cash would not have needed to liquidate riskier assets such as shares at the bottom of the market. However, the major concern is despite global share markets and riskier assets recovering to their pre-COVID levels, the income from a diversified portfolio of income generating investments has not. As companies adapt to lower or negative growth and in many cases losses, dividend income has been slashed. Combining this with lower rental income on investment properties as well as lower bond and cash rates leaves many retirees scratching their heads for future sources of income. In order to avoid a lower standard of living in retirement some will either choose to work longer if possible or reconsider their investment approach. More information on this topic is available in a previous article The income conundrum for retirees in a post-COVID world.

Is anyone better off?

According to the Australian Institute of Family Studies, 65% of people saw no real change to their personal income as a result of the pandemic. Many in this cohort, with potential cost savings from working from home and limits on international travel and social activities, have built a cash buffer over the last six months. With interest rates low, some have used the opportunity to pay down debt, top up their super or invest in the share market. The growth of retail investors has contributed to the stellar recovery of the US share market. Trading on US online platform, Robinhood, tripled in March 2020 compared to March of 2019. If households feel confident about their job security and future prosperity, there is a higher probability of buying a new fridge or even a new kitchen, rather than paying down the mortgage faster. More time spent at home has led many people to turn their attention to improving their homes as recent earnings results from JB HiFi, Nick Scali and Kogan.com has proved. The trend toward online shopping has accelerated with the flow on effects benefiting ancillary businesses such as packaging companies like Amcor and warehouse provider Goodman Group. It is this type of consumer spending that is needed to build momentum and drive growth in the Australian economy. With business credit and investment weak, the marginal contribution of household spending which is already accounts for more than half of GBP will be material.

The economy will recover, as restrictions are temporary, but for all cohorts, the value of a diversified portfolio of investments and good advice has never been so important.

Stay up to date with our latest thoughts by hitting the follow button below. You can also visit our website for more insights from Fidante's various boutiques. .

........
Unless otherwise specified, any information contained in this publication is current as at the date of this publication and is provided by Fidante Partners Limited ABN 94 002 835 592, AFSL 234668 (Fidante Partners). The information is intended solely for holders of an Australian Financial Services Licence, institutional or other wholesale clients. The information is intended to be general information only and not financial product advice, and has been prepared without taking into account your objectives, financial situation or needs. Further information can be obtained from your financial adviser, Fidante Partners’ Investor Services team on 13 51 53, or its our website fidante.com.au. Please also refer to the Financial Services Guide on the Fidante Partners website. Any forward-looking statements in this publication are made as of the date of such statements, are not guarantees of future performance, and are subject to numerous assumptions, risks and uncertainties because they relate to events and depend on circumstances that may or may not occur in the future. Fidante Partners undertakes no obligation to update such statements. Past performance is not a reliable indicator of future performance.
save

Sinéad joined Fidante in January 2020 and has 17 years experience in the investment management industry. Her role is to serve as a conduit between the fund managers and the financial advisory community, with a special focus on retirement...

Get investment ideas from Sinéad Rafferty when you sign up to Livewire Markets.