The best way to invest in Bitcoin? 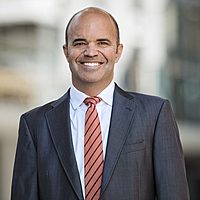 Bitcoin has divided the investment nation as much as Trump has divided a nation. So many people are talking about, writing about, and now investing in Bitcoin. Even Tesla announced this week that it now owns $1.5bn of Bitcoin as Elon Musk joins the fan club. This wire is not about whether to own Bitcoin or not. Others who know much more about 'crypto gold' can wade in on that debate. Instead, this wire is about the best (and newest) way to invest in Bitcoin if that's your thing.

Even if you are bullish Bitcoin, the complexity around investing in Bitcoin has always done my head in. No longer as there's now a better way. It's a Bitcoin ETF in Canada (and yes I'm an ETF enthusiast) and will revolutionize the way people invest in Bitcoin. It is the first of its kind. This ETF is unique in that it's backed by physical Bitcoin, not futures so you get the performance of the actual Bitcoin price. It's also not a closed end fund so investors don't have to pay the crazy premiums to NAV on closed-end Bitcoin funds. It's an on-exchange (= easy) way to buy exposure to Bitcoin that just tracks the Bitcoin price with no other 'hair' on it to worry about - now that sounds like the best way to invest in Bitcoin. At long last.

Sure you can buy physical Bitcoin, but unless you actually want to use it to actually buy a Tesla (apparently in Musk's plans), I don't see the point. All that Bitcoin wallet stuff on Bitcoin 'exchanges' that have names like Wasabi, many of which have disappeared overnight (Mt Gox and Coincheck) or alternatively hiding the private key in your safe or under the proverbial mattress seems very 'last century' for such a modern innovation as a cryptocurrency.

Then there's the stock exchange traded versions of Bitcoin funds. Most of the large Bitcoin exchange traded funds that own physical Bitcoin are closed end funds. Regulators prefer this as they feel it solves for any problems with the underlying liquidity of Bitcoin (there can't be a 'run' on a closed-end fund requiring emergency selling of Bitcoin). Grayscale, with NYSE ticker GBTC, is the 'Bitcoin closed-end fund monster' with $30bn of FUM. With a $48 share price, it's 'affordable' (again not a comment about the value of Bitcoin) but the problem with buying it today is that each share has only an equivalent of $44 of Bitcoin (i.e. you're paying a 10% premium to the share's Bitcoin price derived NTA). What's more is that the annual fee is 2%. Nice business to be in but not a great deal for investors.

Enter the best (new) way to gain Bitcoin exposure. Congrats to Purpose Investments, a Canadian ETF shop run by ETF pioneer Som Sief, for getting approval today for their Purpose Bitcoin ETF (ticker BTCC on the TSX). This ETF is the first Bitcoin ETF globally that owns physical Bitcoin and thus tracks the physical Bitcoin price. It's an ETF so it's an open ended fund and thus should trade at NAV, not a premium to NAV, as any divergence from NAV would get arbitraged away. The fee is 1%, much more like it (look out Grayscale!). It could be listed as early as next week so keep an eye out for it. Congrats also to Canada for once again leading the way forward in ETFs. They developed the world's first ETF, the first fixed income ETF and pioneered active ETFs. Here's to hoping the Australian ETF market becomes just as vibrant in the years ahead.

S
Sean Martin Cross
15th Feb, 21
I’m usually a big fan of livewire, but this article flops. It seems a bizarre move to take any serious advice from a piece that references ‘physical’ Bitcoin so many times.

The Rules of Investing
15th Feb, 21
Hi Sean, Livewire provides a platform to hundreds of different contributors from dozens of different firms. This allows us to provide a diverse range of opinions on many topics, but sometimes that means you're going to disagree with contributors. This is a feature, not a bug. When I reviewed this article, I did note the use of the term "physical Bitcoin". While it's obviously not technically correct, I felt it was clear what Chris meant. Regards, Patrick

Chris Meyer
15th Feb, 21
Sean, thanks for reading and response. 'physical' is really a term used to differentiate against synthetic forms of exposure to Bitcoin (e.g. futures). in ETF world, ETFs that own shares are also 'physically backed' by 'physical shares' even though questionable if shares are actually physical. i guess a better term may be 'real' Bitcoin
G
Greg Cochel
16th Feb, 21
Is the title an oxymoron?
M
Mark Dawson
16th Feb, 21
Thanks Chris, if any of your readers are interested I'd recommend having a look at an Australian crypto trading platform called Swyftx. From here you're able to trade and store a wide range of crypto currencies, plus they have a great range of tools to help with your trading. Also I'd suggest researching a few cryptocurrencies other than Bitcoin. There are better margins to be made elsewhere! More risk though too mind you:) Take a look at the top 100 cryptocurrencies at CoinMarketCap. Here you'll find a few like Elrond with a maximum supply of coins similar to Bitcoin but with more upside potential and Voyager which has already taken off along with the rest of the crypto market. I'd say there'll be a few more months of price increases until we get into bubble territory. Obviously there'll be a few corrections along the way but all in all the crypto market should do well up until around November this year.
J
Joshua M
22nd Feb, 21
Thanks for the article and tip Chris. I've been interested in Bitcoin but haven't been keen to dive in due to the many pitfalls you reference. An ETF seems a good way to solve a lot of these. Now all we need to worry about is volatility and valuation. Thanks Livewire for the diverse and informative content.

Chris Meyer
22nd Feb, 21
Thanks Joshua, pleasure. I understand that ETF I referred to in the article (BTCC) raised $480m on Day 1 so others seem to think it's a good idea !