The changing face of industrial property 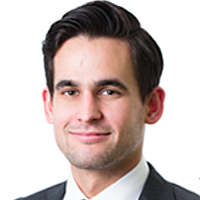 After 27 consecutive years of economic expansion, one of the fastest rates of population growth in the Western world, a raft of infrastructure projects and the rise of e-commerce, industrial property is in the limelight.

That’s all to the good. Not only are the images of broken windows, cracking bricks and broken roofs in an outer western suburb of your local city outdated, this investment class is delivering outstanding returns. There are three main reasons why.

1. Most immigrants to Australia settle in Sydney and Melbourne, two of the world’s most liveable cities

Sydney’s population is growing by more than 1,800 people a week, Melbourne’s by 2,300. That’s more people eating, shopping and working in the same place. And more warehouse space in the supply chain to satisfy their needs.

But the supply of such land is limited. As more tenants compete for higher quality tenancies in desirable locations, higher land values are feeding into higher rents.

This is a trend likely to continue. JLL contends that over the next 10 years, Australia’s population is expected to grow by 1.6% p.a. making it one of the world’s fastest growing advanced economies.

According to NAB, online sales represent 8.9% of total sales in Australia, lower than comparable developed markets.

Whilst online sales increased by 18.8% in the year to July 2018, Deloitte Access Economics believes the sector is forecast to grow significantly, to $37.8b of total retail sales, by 2025. This will likely promote significant demand for industrial space by e-commerce companies.

Nor is this just about Amazon. Traditional bricks and mortar retailers are doubling down on their omni-channel presence, combining physical stores with e-commerce. Again, this increases demand for more well-located industrial property.

These factors are likely to have positive effects on the industrial market, leading to an increased demand for infill locations, higher rental growth and, ultimately, capital growth.

3. The final factor supporting the sector is the unprecedented level of State Government investment in infrastructure.

Over the next four years, a combined $181bn has been committed to total infrastructure development across NSW, VIC, QLD and WA.

In NSW, $87bn is being invested in major projects such as the Sydney Light Rail, NorthConnex and WestConnex motorways, Moorebank intermodal terminal and Badgery’s Creek airport.

Over the same period the Victorian Government has earmarked $40bn for a variety of road and rail projects, including Melbourne Metro CityLink, the Tullamarine freeway widening and the West Gate Tunnel project1.

These factors have not escaped the attention of international investors. Over the past year, industrial properties have exchanged hands for a combined value of $5bn, with Blackstone accounting for over 20% of those transactions. The appetite for Australian industrial property appears insatiable, and there are good reasons for it.

This article has been prepared by APN Property Group (ACN 080 674 479, AFSL No. 237500) for general information purposes only and without taking your objectives, financial situation or needs into account.

The property sector is yet to face its emissions reckoning

Get investment ideas from Matthew Coleman when you sign up to Livewire Markets.