The European Shale Gas Revolution: Why Ukraine is important to both the West and Russia (Cielo Capital) While the shale gas revolution has taken off in... 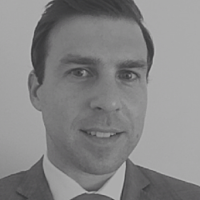 The European Shale Gas Revolution: Why Ukraine is important to both the West and Russia (Cielo Capital) While the shale gas revolution has taken off in countries such as the United States, Australia and even China; Europe has been a lot slower to move, largely due to environmental and political concerns. If it positions itself correctly, Ukraine could be at the forefront of a shale gas revolution in greater Europe. The current crisis in Ukraine has caused much angst around potential supply constraints of gas from Russia, much of which travels through Ukraine into Europe. Approximately one-third of gas supplied to Europe is from Russia and around half of that is transited via Ukraine. According to Forbes, Russian natural gas exports to Europe via Ukraine are around 6 billion cubic feet per day....2.2 trillion cubic feet per year, or 14% of Europe's total supply. Read my full article at: (VIEW LINK)

Get investment ideas from Paul Juchima when you sign up to Livewire Markets.