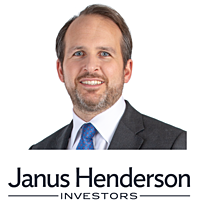 For nearly 30 years we have recognised the link between sustainability and innovation, and today we believe we are entering a decade of transformational change. The transition to a low carbon economy is finally accelerating. We view decarbonisation as a generational investment trend that will have a profound impact on almost every sector of the economy.

What does low carbon investing mean?

Low carbon investing is much more than simply investing in renewable energy companies and removing fossil fuels from a portfolio. For the last 250 years, since the beginning of the Industrial Revolution, humankind has made tremendous progress using a fossil fuel-driven economic growth engine. Unfortunately, tremendous industrial progress has not come without its consequences. The world today relies heavily on the use of carbon-emitting processes in everyday life, such that it would be hard to live without them. In essence, the fossil economy has been woven into our global economic system.

Greenhouse gas emissions are produced across almost all industries. The largest emitters include transportation, electricity, power generation, industry, commercial and residential buildings, and agriculture. However, it is important to consider that the fossil fuel economy is a highly complex and interdependent system, as shown in Figure 1. Within each sector are various sub sectors and industries with differing levels of fossil fuel-driven economic activity. Detangling the web of carbon-emitting processes is no easy feat.

This year, the world’s most influential governments have made ambitious commitments to tackle climate change head on. In April 2021, 40 world leaders convened virtually to address the climate crisis at the Leaders Summit on Climate. The White House stated its aim to reduce US emissions by 50% to 52% by 2030 based on 2005 levels and China premier Xi Jinping announced intentions to phase out coal use from 2026. Meanwhile, the UK government announced the world’s most ambitious climate change target – to cut emissions by 78% by 2035 compared to 1990 levels. The UK's sixth carbon budget is set to include international aviation and shipping emissions and would bring the UK more than three-quarters of the way to net zero by 2050. Today, we are pleased to see much greater global political harmony on the climate agenda. The stars are aligning for what we believe will be a globally synchronised investment boom into clean technologies.

So, what do these climate commitments mean for the fossil fuel economy? In order to align with the 1.5oC climate limit, we will need multiple solutions to address the multiple sectors and industries involved. Countries must increase electricity share of the primary energy mix from 20% to 50% over the next few decades. The US has set out material provisions to electrify a portion of the school bus fleet, retrofit buildings to higher environmental standards, reduce the use of coal and gas generation, and invest in the country’s electric and renewable energy infrastructure. The UK, meanwhile, has banned the sale of diesel and petrol cars by 2030 and announced a £20m funding pot for electric vehicles.

“Today, we are pleased to see much greater global political harmony on the climate agenda. The stars are aligning for what we believe will be a globally synchronised investment boom into clean technologies.”

A decade of transformational change

Electrification of the global automotive fleet is one area that we are particularly excited about. As battery and computing technology continue to improve and associated costs decrease, we expect to see mass production and adoption of electric vehicles. This is often referred to as the S-curve. When plotted on a chart, the S-curve illustrates the innovation of a technology from its slow early beginnings as it is developed, to an acceleration phase as it matures and, finally, to its stabilisation over time. The electrification of vehicles is just one example of this. We believe we are standing at the beginning of a decade of transformational change that will induce multiple S-curves across many different industries.

At the heart of this change is electrification. Picture a light-emitting diode (LED) bulb, which emits light through a process called electroluminescence. In contrast to the traditional incandescent bulb, which emits light through the heating of a small metal filament, LEDs pass electrical currents through semiconducting material in order to emit photons. This same photon emitting process can be used to transmit data. LiFi, similar to WiFi, is a wireless communication technology which utilises the LED process to transmit data from one object to another.

“At the heart of this change is electrification. … As electrification continues to develop, everything will become ‘smart’ and connected, blurring the lines between sectors and industries.”

While the details of LiFi might be fascinating, the key takeaway is that the electrification and digitalisation are intrinsically linked. As electrification continues to develop, everything will become ‘smart’ and connected, blurring the lines between sectors and industries. Over the next decade, we anticipate the inception of multiple S-curves as technology improves and connectivity progresses. Traditional analogue products will make way for the new era of cloud computing and the Industrial Internet of Things. This shift has already started happening in smart cars, smart watches and even smart fridges. We consider this to be the Fourth Industrial Revolution (see Figure 2).

The Fourth Industrial Revolution is enabling us to move from a ‘fossil analog’ economy towards a ‘renewable electric digital’ economy. It is at the heart of decarbonisation and the transition to a low carbon economy. We refer to the trio of digitalisation, electrification and decarbonisation (DED) as the ‘DED nexus’. These dynamics are impacting every sector and every corner of the global economy. We highlight the importance of considering the implications of these changes on portfolios. The DED nexus has been accelerated by the events of last year and we believe that, combined, they are powerful agents of positive change with regards to both societal and environmental sustainability goals.

Find out more about the Global Sustainable Equity Fund

Hamish Chamberlayne is Head of Global Sustainable Equities at Janus Henderson Investors and is responsible for managing a suite of global and regional sustainable equity strategies. He was an investment manager with the firm from 2012 and joined...