The healthcare revolution is happening now 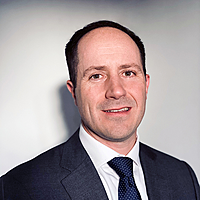 The first silicon chip was invented in 1959, in the same decade as the discovery of DNA’s structure. Personal computers didn’t come along until the 1980s, and the iPhone didn’t debut until 2007. Here in 2022, the world is saturated with smartphones, internet and technology-related stocks account for vast portions of global stock indices, and society is coming to grips with cryptocurrencies and the metaverse.

We think the mapping of the human genome, completed in 2003 and the ubiquity of wearable technology and other smart objects will in retrospect reshape healthcare just as dramatically as the silicon chip exploded information technology.

Healthcare is a conservative pursuit, tempered by regulatory caution and physician prudence, but the pace of change is picking up. Advances are arriving that could help cut through the systemic dysfunction; reinvigorate drug development; diagnose disease sooner, cure it, or prevent it entirely; and improve overall health and longevity. Form-filling and recordkeeping have become increasingly automated and noticeably less tedious. Robotics have made surgeries less invasive and improved outcomes. Health-tracking smart devices and the new science of genomics capture digital information in quantities well in excess of analog capacities (Exhibit 1). According to one estimate, the amount of health data available to clinicians and researchers has grown 15-fold in the past 10 years to exceed 2,300 exabytes.(1)

As vital as technology’s "big data” capture is, no less important is the ability to manage, analyze, and make use of all those exabytes. Digitization—artificial intelligence and machine learning—is coming onstream just as the drug development well is running dry. Analog techniques have suffered diminishing returns against more complex and elusive disease targets. Developing a drug that meets regulatory approval cost $2.6 billion on average in 2019, up from $802 million in 2003, even as the success rate for clinical trials has fallen by almost half to 12%. Overall, the returns on research and development have plunged in the last decades from 25% in the 1990s to around 2% (Exhibit 2).

Digitization promises to reverse the downward slope as the role of research scientist evolves from microbe hunter to molecular engineer. The microbe hunter seeks to identify the cause of disease by a painstaking process of trial and error and its prevention and cure by deduction; the engineer employs supercomputers to model disease molecules and the compounds likely to inhibit their replication. In the end, the engineer’s formulation has to undergo testing on live subjects, just like the microbe hunter’s, but computer modeling can narrow the funnel of formulations and increase the likelihood of efficacy of those that make it to the trial phase. That, in turn, can save money. Equally important to drug developers and their investors, it can save time. The longer development takes, the less time the final approved drug has the advantage of patent protection. And longer trials give competitors more time to come up with comparably safe and effective formulations.

The success of the COVID-19 vaccines provides a case study in the possibilities. The developers of the key messenger RNA molecule that triggers the immune response never handled a lab sample. They worked entirely from a digitally generated model of the genome shared from China, where the virus first appeared. With government support, they then industrialized the vaccine’s genomic sequence to manufacture immunity at an unprecedented volume and speed.

Through the advent of sterilized operating theaters, vaccines, insurance, and antibiotics, healthcare has operated on a treatment model. An estimated 95% of the nation’s healthcare expenditure pays for treatments, with the leftover allocated to prevention. The expenditure is vast: $4.1 trillion in 2021 in the US alone. And while the treatment model has eradicated much disease, it is notoriously wasteful—estimates of US healthcare monies gone to waste as a result of inefficiency, complexity, and outright fraud run as high as $1 trillion.

Identifying actual disease molecules and DNA vulnerabilities in blood samples and solving for remedies on the computer will go a long way toward moving from treating disease at an acute late stage, where most healthcare costs accumulate, to detection at an early stage and cure. Cancers are deadly today because we can often only detect them after they have grown and metastasized. Detected early on in routine blood samples, they may become curable. Through genetic therapies, like CRISPR, which enable clinicians to modify DNA sequences, "inherited” disease may become treatable. In time and with an accumulation of success, such possibilities have the potential to upend the treatment paradigm.

Separating the Fads from the Fundamentals

The investment opportunities at the dawn of the digitized medicine era look as compelling as those at the dawn of the semiconductor age—maybe even more so. Entrepreneurs had to devise applications for the semiconductor out of thin air, while the need to reinvent healthcare is apparent. The United States simply can’t afford much longer to deliver healthcare through the treatment model—it already hoovers up close to 20% of its annual GDP, or more than $12,500 per capita. Yet the nation’s demographics will demand more healthcare, not less—10,000 Americans are retiring every day (Exhibit 3).

Exhibit 3A: With Health Spending Already High and Rising …

As of 31 December 2021. Forecasts and estimates are not a promise or guarantee of future results and are subject to change. Source: Lazard estimates; Centers for Medicare and Medicaid Services, Office of the Actuary, National Health Statistics Group; CMS; Department of Commerce, Bureau of Economic Analysis, and Bureau of the Census; OECD, KFF analysis of OECD and National Health Expenditure (NHE) data; World Health Organization;

Venture capital, the unerring leading indicator of market sentiment, recognizes digitized medicine’s moment. It has steadily upped its allocation to the category, which is now running at a $57 billion annualized rate (Exhibit 4).

As of 21 December 2021. All information and opinions are current as of the date of this presentation and subject to change. Source: Bloomberg, CB Insights, MSCI

Such an endorsement cannot overcome the growing pains the new paradigm will inevitably face. In fact, it may add to them as money in search of a quick payoff crowds out more patient capital. Indeed, about the only certainty is that digitization will redistribute healthcare’s value chain in ways investors can’t fully anticipate today. Outsourcing may become the dominant mode of drug development, with the advent of independent firms that specialize in drug development, drug testing and data gathering, manufacturing, and distribution. Big pharma will have to become nimble, in our view. The industry may maintain its dominance by snapping up would-be disruptors, as has happened in the information technology and consumer discretionary sectors. And as for well-funded newcomers, it remains to be seen which, if any, become healthcare’s Apple or Amazon.

Opportunities Now and Then

Healthcare’s near-term prospects, in digitization’s early stages, tilt more toward those that provide the infrastructure from which to build the long-term successes. We believe that would include the contract research organizations that conduct and harvest the data from the human trials required for drug certification, contract manufacturers with the ability to mass produce research formulations, the big data genomics collectors, and the purveyors of the artificial intelligence required to parse the data. These companies may function as vendors, or may enter into partnerships either with startups aiming to disrupt or with established names hoping to defend their franchise. They may even become merger targets themselves. In any event, the changes in healthcare now underway cannot continue without them, and they stand to reap substantial returns no matter which firms prevail as the new paradigm takes shape.

Over the longer term, the future of healthcare investment, though bright, is not absolutely clear. As it did in earlier technological revolutions, hype may at times obscure the outlook. Unlike the hot air that inflated earlier tech bubbles, however, healthcare investors can fall back on tangible substance. Researchers publish peer-reviewed findings; drug developers file for patents. Findings and filings don’t guarantee success, but much like computer modeling in the drug discovery process, they can serve powerfully to narrow an ongoing search for blockbusters.

This content represents the views of the author(s), and its conclusions may vary from those held elsewhere within Lazard Asset Management. Lazard is committed to giving our investment professionals the autonomy to develop their own investment views, which are informed by a robust exchange of ideas throughout the firm.

(1). One exabyte is equal to 1,000 Petabytes or 1 billion gigabytes. Some technologists have reckoned that all the words ever spoken by mankind would be equal to five exabytes.

........
Published on 25 February 2022. This document reflects the views of Lazard Asset Management LLC or its affiliates ("Lazard”) based upon information believed to be reliable as of the publication date. There is no guarantee that any forecast or opinion will be realized. This document is provided by Lazard Asset Management LLC or its affiliates ("Lazard”) for informational purposes only. Nothing herein constitutes investment advice or a recommendation relating to any security, commodity, derivative, investment management service, or investment product. Investments in securities, derivatives, and commodities involve risk, will fluctuate in price, and may result in losses. Certain assets held in Lazard’s investment portfolios, in particular alternative investment portfolios, can involve high degrees of risk and volatility when compared to other assets. Similarly, certain assets held in Lazard’s investment portfolios may trade in less liquid or efficient markets, which can affect investment performance. Past performance does not guarantee future results. The views expressed herein are subject to change, and may differ from the views of other Lazard investment professionals. This document is only intended for persons resident in jurisdictions where its distribution or availability is consistent with local laws or regulations. Please visit www.lazardassetmanagement.com/global-disclosure for the specific Lazard entities that have issued this document and the scope of their authorized activities. Certain information contained herein constitutes "forward-looking statements” which can be identified by the use of forward-looking terminology such as "may,” "will,” "should,” "expect,” "anticipate,” "target,” "intent,” "continue,” or "believe,” or the negatives thereof or other variations thereon or comparable terminology. Due to various risks and uncertainties, actual events may differ materially from those reflected or contemplated in such forward-looking statements. Equity securities will fluctuate in price; the value of your investment will thus fluctuate, and this may result in a loss. Small- and mid-capitalization stocks may be subject to higher degrees of risk, their earnings may be less predictable, their prices more volatile, and their liquidity less than that of large-capitalization or more established companies’ securities. Mention of these securities should not be considered a recommendation or solicitation to purchase or sell the securities. It should not be assumed that any investment in these securities was, or will prove to be, profitable, or that the investment decisions we make in the future will be profitable or equal to the investment performance of securities referenced herein. There is no assurance that any securities referenced herein are currently held in the portfolio or that securities sold have not been repurchased. The securities mentioned may not represent the entire portfolio.
save

Ryan P. Hutchinson is a Portfolio Manager/Analyst on the Lazard Digital Health Strategy and member of Lazard’s Multi-Asset investment team. He began working in the investment field in 1999. Prior to joining Lazard in 2020 Ryan was a Portfolio...

K
Kirby Siemering
1st Apr, 22
A good summary of the emerging precision medicine era where the healthcare paradigm will change from treatment of disease to omically-guided prevention and maintenance of wellness. A slew of wannabes joined existing players in this space predominantly through SPAC mergers last year and, with valuations having come right off, the investment opportunities are there if you can pick them!

Get investment ideas from Ryan Hutchinson when you sign up to Livewire Markets.