The infrastructure holdings of Buffett and Gates 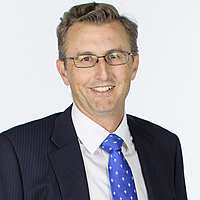 Billionaire buddies Warren Buffett and Bill Gates both have large portfolios of infrastructure assets. Infrastructure investments provide these billionaires with inflation-protected income and defensive capital growth. Should you have an investment in global listed infrastructure to protect and grow your wealth?

Global Listed Infrastructure can provide investors with inflation-protected income and solid capital growth. It consists of listed companies from around the world that own or operate infrastructure assets.

It is not surprising that two of the world’s greatest capitalists have invested in infrastructure companies to protect and grow their wealth. It’s always wise to monitor the investment decisions of smart people. From Berkshire Hathaway’s latest annual report “Today, BHE has the operating talent and experience to manage truly huge utility projects – requiring investments of $100 billion or more – that could support infrastructure benefitting our country, our communities and our shareholders. We stand ready, willing and able to take on such opportunities.”

So what are these brilliant billionaires actually investing in?

Warren Buffett’s Berkshire Hathaway (BRK) generates around 15% of its profits from a portfolio of infrastructure assets1 . These include:

BRK has built this empire via both acquisitions (MidAmerican in 2000, PacifiCorp in 2005, BNSF in 2009, NV Energy in 2013 and Dominion Gas Transmission in 2020) and organic capital expenditure including $29 billion2 on renewable energy and $38 billion3 on rail track and rolling stock. This combination has yielded consistent profit growth through economic cycles.

“I felt it was an opportunity to buy a business that is going to be around for 100 or 200 years, that’s interwoven with the American economy in a way that, if the American economy prospers, the business will prosper. It is the most efficient way of moving goods in the country.” – Warren Buffett on his BNSF acquisition from a 2009 CNBC interview.

Republic Services taking out the trash

What is so attractive about infrastructure?

Buffett’s and Gates’ infrastructure investments have many similar characteristics which have produced strong earnings and investment performances.

First, many of these assets operate in positive industry structures with high barriers to entry, a limited number of competitors and strong pricing power. They operate either as regulated monopolies (utilities), or in regional oligopolies (freight railways, waste management and private jet airports). These industry structures allow rational pricing behaviour and capital discipline which enables these assets to deliver returns well above cost of capital and pricing growth at or above inflation over long time frames.

Market share of US waste and North American rail sectors

Second, the essential service nature of infrastructure produces stable demand and predictable cash flows. We need utilities to power our homes, we need goods to be moved across the country and we need our garbage to be taken away. This stability of demand underpins defensive earnings streams, protecting profits in downturns and growing them in upturns.

Third, these companies have exposure to long-term positive structural growth drivers. Electric utilities are fundamental to the decarbonization of electricity through investment in carbon free renewable energy.

In Buffett’s own words, “We have got a big appetite for wind or solar … If someone walks in with a solar project tomorrow and it takes a billion dollars or three billion dollars, we’re ready to do it”.

Furthermore, freight railroads and electric utilities are key enablers in the decarbonisation of the transportation sector while waste management has expansion opportunities in recycling. This all results in a long pipeline of infrastructure investment opportunities and underpins long-term structural earnings growth.

Warren Buffett and Bill Gates are self-made billionaires and significant investors in infrastructure. It’s always wise to monitor the investment decisions of smart people. While utilities, freight railways and waste management companies may not be as exciting as their high profile holdings in Microsoft, Apple or Coca-Cola, infrastructure has demonstrated its ability to consistently protect and grow the wealth of these billionaires over time.

Is it time you also got on board the infrastructure train?

As co-founder of the business in 2007 Andrew has been an integral part in delivering strong investment returns from the infrastructure strategy. He has over 20 years’ investment experience and a strong stock picking track record.

J
James C
19th May, 21
The most underrated asset class by far.

Get investment ideas from Andrew Greenup when you sign up to Livewire Markets.