The Inspirational Story of SMI 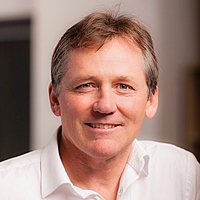 I recently wrote about Bailador portfolio company Rezdy, and how the business started as an idea Simon Lenoir had while working in a dive shop in New Caledonia. The story struck a chord with many readers. Successful companies are founded by very different people from very different backgrounds. In this blog I write about another Bailador company and its interesting beginnings.

SMI was an early investment for the fund and has been somewhat of a slow burn but is now coming into its own in a big way. The back story is inspiring for entrepreneurs of all ages. SMI was founded by two women. Successful female entrepreneurs are reasonably rare, and quite rightly groups such as Women in Tech and TechWomen have been established to support female tech company founders.

Sue and Jane weren’t early 20s, nothing-to-lose types. Both of them had had successful careers before deciding to found a new business. Sue had started, grown and exited two successful businesses in brand sponsorship marketing and communications before co-founding SMI, and Jane was a senior business journalist writing mostly on media at The Australian.

In 2009, both now somewhere in their thirties, they decided to start a new business from nothing. Their plan sounded like an impossible task to the people they spoke to at the time, (and still does when you think back on it), so they funded the business themselves, paying themselves nothing for the first two years.

During that period, they had to convince the Australian arms of the six global media buying Agencies, and the big local player Harold Mitchell, to open up their databases of media advertising buys (the Agencies buy media on behalf of major brands) and deliver it to SMI for reorganising. Jane and Sue visualised the data organised in a new and unique taxonomy, tagged by buying agency, media sector and media sub-sector, geography, media company entity and owner and advertising category and sub-category. Each data point in this nine or 10-layer taxonomy was to be given a unique identifier and all media spend from all Agencies consolidated into one nine or 10 point master code.

Jane and Sue also recognised that the value of detailed, organised media spend information to media companies, brand advertisers, hedge funds, video content creators and other customers, lay not only in the accuracy and detail of what was spent but also in when it was spent. Sue and Jane (and tech guru Rob) built a system that could deliver very detailed advertising spend data just 14 days after the end of each month. This compared to the competition which produced high level estimates every six months.

The women built a successful business in Australia and then started to think big. Really big. Less than a month after we invested in SMI, Sue and her husband James and their three young children headed to New York, the centre of the advertising world. Jane stayed to run the ANZ business and has subsequently had a baby and married while running a successful business.

Sue’s aim in New York was to repeat what had been achieved in Australia in the biggest media market in the world. Leveraging contacts established through the Australian buying agencies Sue worked to gain access to US data from the US parent buying agencies. She soon discovered that the US head offices could also supply data from many other global markets and after a year or so she signed agreements for US and global data with nearly all the major Agencies and many smaller ones.

It took longer in the US, but the prize has proved to be much bigger. SMI is now the established gold standard for media spend, in particular television media spend, in the whole of the United States. SMI’s AccuTV, published monthly, reports television advertising spend in the US by national and local, cable and broadcast, region and city, individual channel and time of day and advertising category (think financial services) and sub-category (think credit cards).

Some of the most valuable products have been built by combining advertising spend data with program data and viewing data. Combining ad spend with program data allows for the calculation of ad spend by content genre (e.g. sport, news, episodic drama) and even specific program (e.g. Monday night football). Content creators have great interest in how much money is spent advertising while their content is broadcast. Combining SMI ad spend data with viewing data means brand advertisers can calculate how much it costs to reach their audience and compare this with other times of the week and day and program type.

As SMI moved from a focus on building a new business to running an established business, Sue handed the reins to James whose background in sales management perfectly qualified him to manage the scale-up process. Over the last two years new staff, new product development and lots of hard work have delivered consistent strong sales growth.

There is a long way to go. Next in the US market is a digital advertising spend product and plans are advanced for entry into new markets including Canada, the UK and Mexico. SMI grew revenue at round 45% last year and is a profitable business with high gross margins and a largely fixed cost base that will provide strong operating leverage and growth in profitability as the business continues to scale.

Get investment ideas from David Kirk when you sign up to Livewire Markets.