The Insurers: QBE versus IAG 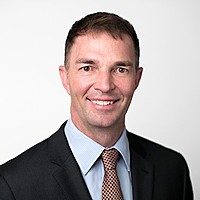 There have been so many results which have provoked share price volatility, with the usual mix of outstanding results such as CSL balanced by disappointing results like Vocus. Or ones like Boral, where management convinced the market the outlook is bright despite a weak performance in key parts of the business.

With so many choices of notable results, I have opted to focus on a longer-term perspective of Australia's insurance giants QBE and IAG. This has been reinforced this reporting season, because I am much more focused on generating long-term outperformance, than worrying about short-term volatility. First a quick review of each player.

QBE is a major global general insurance company.  After an emergency capital raising in the wake of the September 11 tragedy at the World Trade Centre where QBE faced major claims, the business became a market darling under Frank O’Halloran, buying insurance companies around the globe.

Each acquisition was touted as an excellent opportunity to achieve synergies and scale, and lowering the risk of the business by diversifying geographically.  Investors were told that the company required less capital relative to the size of the business or premiums written, thanks to the magic of this geographic diversification. QBE’s acquisitions were much more about building a global empire and financially engineering the balance sheet.

However, over the past several years QBE’s acquisitive model has unraveled, with declining earnings and a balance sheet needing repair. They have undertaken several equity raisings to bolster its balance sheet that previously was supposed to not need so much capital because of all the diversification.

IAG, after a disastrous foray into the UK under Mike Hawker, also touted as a wonderful diversification to gullible investors at the time, has for many years been very much an Australasian general insurance company with a relatively small investment in some Asian countries. Having licked its wounds over the UK, new management under Mike Wilkins and now Peter Harmer have focussed on acquiring domestically (buying Lumley from Wesfarmers) or in New Zealand where the synergies are tangible in terms of reinsurance buying power, corporate and headcount efficiencies.

IAG has a much higher quality franchise where they largely deal directly with households who trust the brands such as NRMA and who generally renew their policies each year.  QBE mostly deals with companies through large brokers who focus mostly on getting the best price. While QBE has struggled to maintain earnings and differentiate itself to customers, IAG by contrast has lowered the volatility of its earnings by signing a quota share agreement (effectively reinsurance) with Berkshire Hathaway.

Ten-year chart of $100 invested in IAG and QBE What this reporting season showed

In the latest reporting season, IAG surprised the market with strong earnings powered by their strong franchise in personal lines such as home and motor.

QBE produced another weak set of numbers and announced they are divesting their Latin American business. So much for the great global empire and supposed geographic diversification benefits.

Interestingly QBE made a bid for IAG which was rebuffed in 2008.  The offer was 90c plus 0.145 QBE shares.  That would be worth under $2.40 today, whereas IAG’s shares are worth over $8 thanks to a much stronger franchise than QBE and much stronger balance sheet.

For further market analysis from the team at Investors Mutual, please visit our website

M
Michael Whelan
10th Mar, 18
IAG has been a bit of a quiet achiever in recent years and has been getting good runs on the board. On the other hand, Frank O'Halloran left his QBE successors a mess and a poisoned chalice with the need for capital raisings and sub debt issuances to prop up its balance sheet.
j
john mcewan
16th Mar, 18
QBE. As a member of the class action I ask how past executives have the gumption to offer their services to other public companies and although IAG are trying hard a look at their past, performances are far from rosy. Insurance regrettably is going the way of the Dodo. Guess we will have to wait and see.There are far better fish in the sea. J A McEWAN