The last bastions of yield 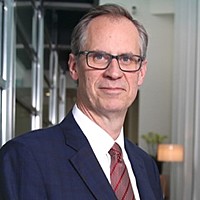 The slowdown in global growth does, in part, reflect waning globalisation, but it is important to remember that this slowdown was very much entrenched even before trade friction began to heat up. For the better part of the past 18 months we have seen slowing growth outside of the US – China, Europe and emerging markets have all struggled. This slowdown is certainly not new, and while trade friction has further hindered growth, I do not think it is the full story.

I believe that trade’s near-term impact on growth has been overestimated, but I think that we are underestimating some of the second-round effects such as rising costs, foregone investment and longer-term supply chain disruptions, particularly if trade tensions escalate from here. A full-blown trade war is a big risk, but it is also important to realise that globalisation is much broader than just trade. Demographics, low productivity and technological change are all shaping the economic landscape. These are the trends that have formed the base for rates markets and policymakers, as they are the secular forces producing an environment of slow growth and low inflation.

Is the dovish tilt by the US Fed an admission of policy error?

The US Federal Reserve (Fed), along with other central banks, has become more dovish, pivoting to a more accommodative stance after a period of raising rates in late 2018. Relative to the underlying economic fundamentals, the last six months have witnessed one of the most dramatic shifts in policy expectations that we have ever seen. But, no, I do not think the Fed is about to admit that it made a mistake. Looking through the lens of a Federal Open Market Committee (FOMC) member, with the US at full employment, one could argue that they were right to worry about inflation pressures and that it was trade that got in their way. Whether or not that is true, it does give them cover to quickly retreat from their tightening bias.

I think what you see is real concern at the Fed that its models simply are not working. The US ought to have seen inflation last year if traditional Phillips curve models were accurate. Diminished faith in these models means FOMC members have been quick to pull back on these fundamental beliefs.

This is a big shift. We are at a policy inflection point. We now have practically the whole developed world in easing mode.

Policy normalisation, as we know it, is certainly dead. In the past year we have seen that almost no central banks can get rates off zero, and those that did quickly found the breaking point to be much lower in rates than they expected. The ability to normalise now, at a time when the real equilibrium rate is so low, calls into question the efficacy of traditional monetary policy responses.

We are once again in convergence mode, with most major central banks across the world singing from the same song sheet. Divergence reared its head briefly when the Fed began raising rates, but unusually, no other central banks really got off the ground. Now that everyone is in easing mode once again and with convergence very much at the fore, legitimate questions are being raised as to what they will do if growth slows materially.

I believe the first step will be to pull out the same bag of tricks that they used last time, whether that is quantitative easing, negative rates or buying corporate and mortgage bonds. But while it is possible to perform these tricks again, they will be less remarkable a second time and there are limits as to how much further they can go. It is important to start considering what other moves can be made by policymakers. Regime shifts around policy can be big drivers of asset prices and are often some of the most important things that we see in markets. Fiscal policy will need to augment monetary policy to bring about the most effective outcome and this creates political challenges. For example, in Europe, it may amplify the challenges faced with regard to increasing populist agendas.

Are high yield and Asia the last bastions of yield?

The search for yield has been one of the biggest themes in recent years, with only brief periods where the theme has taken a back seat. But now, rates are low, they are likely to stay that way, and credit spreads are tightening. The search for yield is back on.

Investors will want to balance good yield and relative safety, and I believe that there are still places to find this combination. In the current credit space, low real yields often mean low default rates, and when coupled with accommodative monetary policy you can see an elongated credit cycle, which makes credit a relatively attractive place to be. Other areas such as mortgage credit where there has not been a big debt expansion this cycle also look more attractive.

Many investors can find yield in the long end of the yield curve while simultaneously adding diversification benefits to their portfolios. There are also relatively attractive yields to be found in the front end of the curve for developed markets such as the US.

I do not think that the income theme is going away anytime soon. Investors need to ask themselves what they are looking for from an income portfolio and what their objectives are. If they do this, I believe they can benefit from many pockets of value across the world.