The next domino in China’s property saga 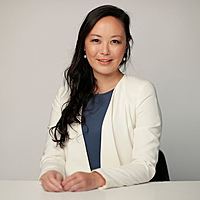 Imagine a US-dollar bond paying essentially a 118% yield. It pays a coupon of 4.2% and is priced at approximately 8 cents in the dollar.

What’s the catch you are probably asking?

That bond is linked to China’s property sector. Specifically, this bond is issued by Country Garden, one of China’s largest property developers.

It is well known that the Chinese property sector is in all sorts of trouble. However, Country Garden was once seen as one of the developers in a relatively strong financial position.

Country Garden isn’t the only property developer with offshore bonds now trading at less than 10 cents in the dollar. It follows a raft of negative news for the sector this week. For Country Garden, credit ratings agency Fitch downgraded its Long-term foreign and local Issuer Default Ratings to -BB from +BB with a negative outlook. Additionally, some other developers said they would suspend payments on offshore bonds. These developers, such as CIFI Holdings Group and Greenland Holding Group, are those which were also once seen as relatively healthy, and who have received financial assistance from authorities.

Even the strongest developers are now defaulting on their offshore debt obligations, leading to widespread concern across all developers, including those which were once deemed safest.

So, how did we get here?

It was a bit less than a year ago when Evergrande defaulted for the first time on its offshore bonds. At the time, many analysts warned of a collapse in confidence in financial markets and contagion across the property sector.

While we didn’t see a sudden financial crisis in the aftermath of Evergrande’s well-publicised default, there has been a slow demise in conditions. Property prices have fallen, sales volumes are down sharply, and many more developers have become casualties in failing to meet their debt obligations.

There are also wider problems as a result of the downturn in property – cash-strapped developers are having trouble completing unfinished apartments which homebuyers have already paid for and local governments are struggling to find new forms of revenue now that they can no longer rely on land sales.

Because of the substantial falls in revenue for developers due to the massive decline in property sales, questions are raised over cash flows to meet debt obligations. Moreover, the restricted access to foreign capital markets also adds another strain onto these developers’ cash flows.

There is also the opaque restructuring process in the event of a default for offshore bondholders. Indeed, any restructuring is likely to be a lengthy and uncertain process. An example is Evergrande, which has provided scant details on the proposed restructuring of its $22.7 billion offshore debt.

Finally, despite some steps by authorities to shore up confidence in the sector, there hasn’t been enough done to reassure home buyers, nor investors, particularly offshore investors. There is still a reluctance by the central government to provide that necessary confidence for a turnaround, and covid lockdowns have not helped. The omission of the property sector in the work report at the 20th Party Congress further highlights that the Chinese Communist Party (CCP) has little appetite to prop up the sector.

Given the widespread concerns in the sector, one has to wonder if there’s a point where authorities will provide a large-scale bailout to restore confidence among home buyers. Even if they do, offshore investors are not likely to be high on the priority list in making a claim from these developers.

So, while bonds of these developers look very cheap, there’s a very good reason for it.

........
This information provided is general in nature and does not constitute as financial advice.
save

As a former senior economist at Westpac Group for many years, I have always wanted to show how interesting economics can be. Now an independent economist, based in Hong Kong, I continue to hold this philosophy with Bitesized Economics, a...