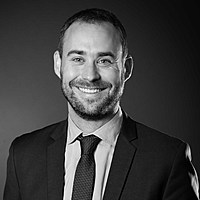 Australian investors understand the case for including domestic small and mid cap (SMID) companies in their portfolios and have typically benefited from these allocations. This is however, at odds with their more sparing allocations to global SMID, leaving them underweight this non-trivial USD $13 trillion asset class (approximately 40x the size of the Australian SMID market).

Whilst it is understandable from a behavioural perspective that investors naturally gravitate toward large and well-known foreign companies when investing offshore, Fairlight believes that there is a compelling case for also including an allocation to Global SMID for several key reasons:

Long-term studies provide a wealth of evidence to support the claim that globally, smaller companies outperform their larger counterparts. From 1927 through 2015 in the U.S., the return premium earnt by investing in small cap companies relative to large cap companies was 3.3% (Andrew Berkin, 2016). Similarly, an analysis of fifteen European markets found an average return premium of 2.4% to small companies over the period 1982-2014 (Stanley Black, 2015).

The small company return premium is intuitive as smaller companies are able to grow faster and have a longer runway to compound growth. Less sell-side coverage means that smaller companies exhibit greater mispricing offering further opportunities to outperform. The return premium may also be compensative for lower liquidity and less diversified business models.

Diversification is famously the one free lunch in finance and investors can benefit from the imperfect correlation of small and large caps. The reason for this imperfect correlation is because returns generated by large cap stocks are substantially driven by common global factors, while in contrast, returns from small cap stocks are primarily driven by local and idiosyncratic factors.

Whilst small companies are modestly more volatile than large ones in isolation, a blend of global large and global small companies does not necessarily have to be more volatile than a portfolio of global large companies because of the benefits of diversification (Figure 2 uses a large/SMID ratio of 75/25%). This allows investors to earn some of the historic return premium associated with smaller companies, without necessarily taking on additional risk. Restated in finance theory terms - the addition of global SMID moves the efficient frontier of the portfolio upwards.

The ultimate barometer of the risk characteristics of an asset class was the realised performance during the 2008 financial crisis. During this difficult period, global SMID exhibited better risk control for unhedged Australian investors than both Australian large cap and Australian small cap equities (see Figure 3). This relative defensiveness comes from the tendency of the Australian dollar to depreciate relative to other developed world currencies in periods of economic stress, providing a buffer to unhedged AUD returns.

G
Garry Dowd
13th Aug, 19
Thanks Ian - is there a difference in the Global SMID company size relative to the SMID sector in Australia i.e. a Global SMID company market cap would be significantly larger than similar companies in the Australian sector with resultant influences on quality, consistency of results etc., or is just that the universe of companies is way larger? May be a possible article for the future?

Ian Carmichael
14th Aug, 19
That's a good question Garry. SMID is typically defined in terms of the bottom 30% percentile of the market by capitalisation so the larger the market the larger the market-cap cutoff between large cap and SMID. As an example Cochlear and Resmed would both be considered mid-cap stocks in the US.

Get investment ideas from Ian Carmichael when you sign up to Livewire Markets.