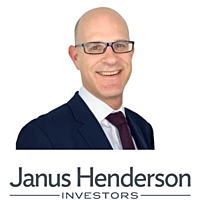 The global natural resources sector is generally considered to be highly cyclical, resulting in a strong temptation among investors to time their entry and exit with the economic cycle. We sympathise. Getting the timing wrong can be a career-limiting decision while getting it right can be extremely rewarding so it is natural to be captivated by the short cycle outlook. A myopic focus can, however, miss the significant benefits of taking a longer-term perspective.

We encourage investors to consider an investment in the resources sector as part of their long-term asset allocation ‒ to think of resources as an investment rather than a trade. Unlike other segments of the market, resources equities (i.e. materials, energy and agriculture) have shown they can be negatively correlated with the broader equity market over the long term. Yet they are capable of generating similar returns.

Similar return with lower risk is considered by some to be a holy grail of investing ‒ resources, anyone?

Resources provide the essential and fundamental building blocks of economic development. While demand for some commodities like coal or oil is likely to plateau and decline, the demand for others is growing and looks set to rise. The renewable energy industry requires copper, lithium, cobalt, nickel, iron ore and silver. Digitisation requires massive server farms and enormous quantities of energy. As the world strives towards a digitised, electrified and fossil fuel free future, resources have an integral and essential part to play. There is a fundamental growing demand for future energy sources and nutrition ‒ that can only be met by the resources sector. As the world evolves so does the call on different parts of the resources sector.

Benefiting from negative correlation over time

A 2016 white paper by Lucas White and Jeremy Grantham at GMO*, showed that “resource equities provide diversification relative to the broad equity market, and the diversification benefits increase over longer time horizons”. We set out to test this hypothesis on a broader data set that includes agriculture. Building on from their analysis, we disaggregated the US market into its various sectors and ran correlations between the sectors and the S&P500 Index (the equity market) over various rolling time periods using data from November 1993 to June 2019 (see chart 1).

We defined resources as an equally-weighted index of mining, energy and agriculture, broadly similar to the S&P Global Natural Resources Index. The analysis shows that the linkage between resources equities, other sectors and the market is high over the short term but declines dramatically over the longer term. Indeed, over a rolling ten-year period the correlation between resources and the broad market has actually been negative whereas it stays positive and rises over time for other sectors.

Chart 1: Resources equities have been negatively correlated with broader equities over the longer term

Source: Janus Henderson Investors and Factset. Correlation of resources (energy + mining + agriculture) to other S&P500 Index sectors, monthly observations from November 1993 to June 2019. Past performance is not a guide to future performance.

Beyond the ongoing contribution to wealth creation and quality of life, resources have the attributes of an attractive investment class in their own right. As with gravity in the domain of physics, there are certain immutable laws of investment, in particular, the relationship between risk and reward. Our analysis suggests that by adding resources to a market portfolio it is possible to generate a similar return but with lower risk as measured by volatility (standard deviation).

Taking inspiration from GMO’s whitepaper, our analysis of more than 25 years of historical data shows that when compared against the market, the average ten-year nominal return of a portfolio consisting of 75% S&P500 and 25% resources has increased while the standard deviation has dropped. Interestingly, the results are consistent though less dramatic if a 90% S&P500/10% resources portfolio is used (see chart 2). Unsurprisingly, combining these metrics into a Sharpe ratio shows a similar result.

Chart 2: An allocation to resources may improve risk-adjusted returns over the long term (rolling 10 years between November 1993 and June 2019)

Source: Janus Henderson Investors and Factset. Rolling 10-year standard deviation and returns based on hypothetical portfolio allocations to the S&P500 Index and resources equities (energy + mining + agriculture). Monthly observations from November 1993 to June 2019. Past performance is not a guide to future performance.

Quantum physics teaches that something can exist in two states. Matter is both a particle and wave; resources equities are both cyclical and an effective portfolio diversifier. In Schrödinger’s words “this would not embody anything unclear or contradictory”. The answer lies in the timeframe. While resources are tied to the economic cycle in the near term, over longer time periods they tend to march to the beat of their own drum. Not everyone thinks in ten-year horizons, so we have re-run the risk/return analysis over rolling five-year periods using the same data and generated similar results.

To summarise, over five or ten-year horizons, adding resources including agriculture, as a core part of a portfolio is likely to engender better returns with lower risk.

The Janus Henderson Global Natural Resources Team consists of four dedicated investment specialists with cumulative industry experience of more than 125 years, and collectively have been managing active global natural resources portfolios for over 30 years. The team’s aim is to generate an attractive risk-adjusted return for clients by directing capital to those areas of the resources space that need it the most via an investment process that enshrines quality and responsible investment. Just as the team avoids short-term trading, investors may want to think longer term in order to extract the best from the resources sector.

Instead of looking on the sidewalk for pennies, in our view, it is far better to look to the horizon for nuggets of gold. Companies in the resources sector are currently well positioned compared to the rest of the market in terms of balance sheet strength, cash flow generation and dividend yield. The team believes current valuations appear attractive and a long term-investment could well be rewarding.

*GMO white paper: An investment only a mother could love: the case for natural resource equities, Lucas White and Jeremy Grantham, September 2016.