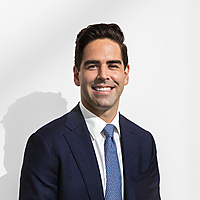 TPG Telecom (ASX: TPM) remains a polarising investment. Ongoing uncertainty regarding its future with Vodafone plagues investment performance, and the changing market dynamics have impacted our investment thesis. Despite our positive expectations for merger approval, we have divested from TPG as management has failed to provide a clear strategy going forward.

Our investment in TPG was predicated upon their extensive fibre infrastructure and the convergence of technologies (ie. fixed-line and mobile networks moving to the same base technology). Our previous article, ‘Who Will Become Australia's No.1 Telco?’ outlined the remarkable growth of TPG and outlined the foundations for an unprecedented opportunity.

TPG’s fibre footprint combined with a strong management team meant we endorsed the extension of mobile capabilities to their fibre network and agreed this was not as difficult (or as expensive) as others suggested. Until recently, the execution and rollout of their mobile network had been delivered on time and to budget.

Unfortunately, a number of announcements impacted the expectations for this business. The government's ban on Huawei equipment, the ACCC’s Statement of Issues, TPG’s announcement to cease their mobile network rollout, and finally, the ACCC’s decision to oppose the merger with Vodafone.

In August last year, the government announced a ban on Huawei equipment which created difficulties for all telcos to navigate. Essentially, all providers are required to build out their 5G-ready network using alternative suppliers, such as Nokia and Ericsson.

Huawei is credited with being the world’s leading 5G equipment provider – in terms of quality and price. Our research suggests that Huawei products’ cost between 20-30% less than other alternatives and has superior technological capability.

TPG and Vodafone (MergeCo) announced their merger a week after the ban, with the ACCC releasing their Statement of Issues regarding the proposed transaction in December. TPG subsequently ceased their mobile rollout in January this year.

MergeCo is currently in Federal Court challenging the ACCC’s decision to block the proposed $15 billion merger.

For regulation, we turn to Section 50 of the Competition and Consumer Act 2010 (Cth). This prohibits acquisitions that would result in a ‘substantial lessening of competition’. The ACCC, the Competition Tribunal, or the Federal Court all base their decision on this test.

Clearance will be granted only if the ACCC does not believe the merger will contravene s50 CCA. Authorisation, on the other hand, may be granted by the Competition Tribunal where there is a greater benefit to the public (despite the lessening of competition).

TPG bypassed the Tribunal and sought a court declaration that the proposed acquisition would not infringe on s50 CCA. Their swift approach to bring this to court was due to the need for FIRBs approval (given foreign owners) and the competitive risk of time-delay.

When considering the facts, we believe the previous commentary by the ACCC Chairman, Rod Sims, may be less relevant when applying the legislation.

For years the ACCC sought to achieve a four-player market structure. Rod Sims’ crusade for a fourth mobile network operator (MNO) provided a considerable tailwind for TPG. However, since the merger was announced the support by the regulator turned sour.

Perhaps the ACCC’s starting point of a market-based structure anchored their initial view and influenced their subsequent judgement to oppose the merger, despite changing market dynamics. Anchoring on four players has meant their collection of information is aimed at supporting this view - a confirmation bias.

Rod Sims contended that TPG would become the fourth MNO and was likely to be an aggressive competitor - correct at the time. However, recent developments were ignored in their final decision. Would the regulator have approved the merger if TPG never committed to the mobile rollout?

We agree that TPG has stated this previously and has an incentive to roll this out, however, the technical challenges are impracticable to overcome and the commercial challenges present unsatisfactory returns on investment - discussed below.

Further, the regulator's view of TPG's mindset regarding their commercial decisions appears unusual (and beyond their scope). In doing so, they assume the required return on investment and further assume it's their only option; forgetting TPG have the option to sell their mobile assets.

In January TPG ceased their mobile rollout due to the Huawei ban and the inability to upgrade their network from 4G to 5G. Some believe this was a subtle move to force the approval of the merger - our preliminary view too. However, despite the optics, our research suggests that TPG’s decision relates to their reliance on small cell technology, specifically Huawei’s compact antenna equipment.

The incumbents (Telstra, Optus, Vodafone) have comprehensive networks of macro base stations which provide their coverage. TPG differed here in that their coverage was predicated on the use of many small cells.

In a short space of time TPG rolled out small cells using Huawei equipment, and the antennas used in this network (from our understanding) are the only solution today that delivers an antenna that is small enough to fit on the poles secured by TPG and can be upgraded to 5G in time. Incumbent macro towers have more space for alternatives.

So, while other suppliers have antenna options, they were not an adequate solution for TPG. Given the differing equipment sizes, TPG’s prior approved cell sites are no longer useful and mean TPG need to begin planning again (delaying the rollout by 18 months) and increasing the cost to rollout. Perhaps if the merger is denied, a fixed-wireless opportunity may remain.

We accept the ACCC’s view there are alternative suppliers, however, the timeliness and increased cost impact the original strategy. Further, there is no guarantee that TPG would find adequate sites to accommodate the alternative vendor equipment.

At the core of the argument, MergeCo (ACCC) will attempt to demonstrate that the health of each business is poor (strong) with respect to its future ability to compete within the market.

The courts assess the factual and counterfactual arguments - ie. what competition looks like today and in the future (with merger approved); and the contrary competitive state (with merger not approved). The court assesses the two scenarios and considers whether there is a ‘substantial lessening of competition’ between them.

Under the current competitive test (post-1993), there have been two competition-related cases before the Federal Court (ACCC v Metcash; Australian Gas Light Company v ACCC). The court allowed both mergers to proceed despite the ‘lessening’ of competition.

These cases indicate it’s necessary to establish ‘on the balance of probabilities’ what the future state of the market and that an assessment ‘at a level that is commercially relevant’ will be needed to ‘establish likely substantial lessening of competition’.

The court considers barriers to entry, market power, market concentration, the likelihood of price increases, etc. The merger appears to provide little issue regarding the (current) competition (TPG operate in fixed-line, and Vodafone operate in mobile). However, the future competitive landscape is open for debate. Let's consider both views.

The ACCC appears to be running a market-structure base case. The issue here remains whether the ACCC can establish (with a degree of probability) that four players are the optimal market size and that allowing this merger would substantially lessen competition.

A key hurdle for the ACCC is that TPG has ceased their mobile rollout. The writing down of assets gives an affirmation that TPG is not pursuing this strategy. Since the ACCC cannot force TPG to pursue mobile and TPG have an option to sell these assets (potentially resulting in a three-player market) we believe it isn’t likely to be a substantial lessening of competition (in the future scenario).

We believe ‘the timing’ of TPG’s decision to cease their rollout, despite the optics that this was reactionary to the ACCC’s Statement of Issues, is not relevant to the competition test. The test will assess the factual element that it has ceased.

Regarding spectrum, it seems up for debate whether even Vodafone alone has an adequate amount of spectrum to compete against Telstra and Optus. Oddly, the regulators expert witness highlighted Vodafone's inadequacy here and potential for a reduction in competition without a merger going ahead.

Even if we assume TPG (could) rollout mobile through alternative vendors, the courts may consider whether the timeliness and cost impacts surrounding the rollout would impact TPG’s ability to effectively compete against incumbents who have a considerable head start.

Secondly, when considering a stronger third player we agree that MergeCo may compete more effectively by providing stronger competition on both ends of the market, despite there being one less competitor.

Consider that Vodafone currently price below Telstra and Optus (premium segment) and TPG’s strategy would remain focused on price-conscious consumers. Overall, a positive for consumers on both ends of the market.

Going forward, our research suggests the focus on the ‘likely substantial lessening’ test will be difficult for the ACCC to prove. When combined with the ACCC’s poor track record in the Federal Court and the value for consumers, we believe the merger will be approved.

Despite our optimistic expectations for eventual merger completion, our original investment thesis is broken; and in the absence of a merger, TPG has not defined a clear strategy to us.

For any business, operating environments are fluid and constantly changing. We regularly test market conditions through our ‘PEST’ framework (Political, Environmental, Societal, Technological) which evaluates the impact on a company’s future earnings.

These ‘PEST’ issues have impacted the business strategy, and subsequently our investment analysis. TPG’s ability to roll out its mobile network per its original strategy is diminished, and the substantial time delays and increased cost remove the competitive disruption of this venture.

Whilst we back management to pave a commercial future for their existing subscriber base, we do not presume business strategies. The lack of a stated strategy provided by management in the face of current events makes it difficult for us to invest alongside them.

We believe the merger will be approved and this may present considerable upside for remaining shareholders. If you are a betting person, backing the merger may prove somewhat fruitful.

Being a high conviction manager, our investment process has a strict sell discipline. ‘PEST’ factors have changed and we no longer have an adequate business strategy articulated by management.

For us, TPG no longer fits our philosophy and we cannot deviate from our process. TPG has been pushed out of our portfolio and we now reallocate capital to higher growth companies within our portfolio that have a clear, articulated strategy.

TPG will be one we revisit in due course. For now, we sit on the sidelines and watch the ongoing saga that is the ‘Tale of Teoh’.

The article has been prepared by ECP Asset Management Pty Ltd. ECP is a funds management firm based in Sydney, Australia.

Jason is part of the ECP investment team that manage a concentrated portfolio of companies in the growth phase of their life-cycle, able to expand their economic footprint through time. Jason is a Partner at ECP, and is the Head ESG Officer.