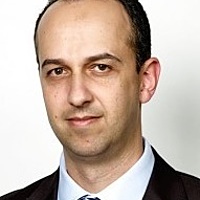 What would have happened to St George Bank had Westpac not acquired it right before the pointy end of the GFC? How would Rinker have fared had Cemex not taken it over, months before one of the largest building downturns in US history? Had SABMiller not acquired Fosters, would it have been able to address declining mainstream beer sales as consumer tastes shift to craft and premium beer? These are just a handful of high profile Australian takeovers that were timely for shareholders. But presumably these large targets would have survived and still be reasonably profitable today. But what about smaller companies who had a rapid, detrimental change in fortunes? Such businesses lack scale or a well-known brand to defend against any headwinds. We highlight three small cap Australian companies that were former market darlings whose prospects took a very sudden turn for the worse. They are three of the more fortuitous shareholder get-out-of-jail-free cards that we can remember. Read the full blogpost (VIEW LINK)