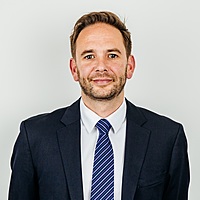 “The next Afterpay” has to be a candidate for the most overused phrase in investment circles at the moment.

Companies and investors alike are finding comparisons to draw, growth ambitions to conquer and lofty pricing to justify, in the hope that they have uncovered the next global growth super start-up.

The APT story has been truly exceptional, driven by very talented individuals and superb execution of a clear strategy. When trying to find the next Afterpay, perhaps investing alongside the team at Afterpay is a good place to begin.

Touch Ventures (ASX:TVL) is an investment company that listed on the ASX on Wednesday 29 September.

It was founded in late 2019 and Afterpay, its largest shareholder, now owns about 24% through its wholly owned subsidiary Touchcorp – hence the name.

Touch's strategy is to own up to 10 material investments in unlisted companies that are truly scalable, operating in the retail innovation, consumer, finance and data segments.

These opportunities, into each of which Touch will initially invest $10-$25m with the aim of acquiring a 10%-40% non-controlling interest, will be identified by Touch Ventures’ own management and investment team or referred by Afterpay through a formal collaboration agreement, which is in place until at least 2025.

To date, Touch has made 5 investments, 4 of which have been originated by Afterpay.

It appears this is the vehicle Afterpay has assembled to work with, invest in and add value to some of the best emerging businesses it finds as it works with retailers, consumers, investment banks, financial markets and investors around the globe.

Since Cyan first encountered this business just over a year ago, three things have caught our eye:

This is a winning team

By team, we mean everyone involved, including management, board, shareholders, investors and advisers.

The easy starting point was obviously Afterpay. Since we invested in that business at its initial public offering in 2016, it has become an international success story.

Afterpay has built a powerful position with the biggest players in the biggest markets in the world in retail, data and consumer finance. Not a bad potential investment partner!

The team within Touch, led by Hein Vogel, is also high-pedigree. Then there’s the board and advisers, including Mike Jeffries and Hugh Robertson, both of whom have been directly involved in Afterpay since its unlisted days.

Touch looked compelling a year ago but then earlier this year a material investment from US firm Woodson Capital Management, now its second largest shareholder, and a board seat for the highly regarded Jim Davis offered further validation.

It’s not easy to get exposure to a portfolio of high-growth, scalable, emerging businesses that have come from a reliable source.

This portfolio also comes with a shareholder that can enhance these businesses either directly within the Afterpay ecosystem, or by providing expertise and a supported pathway to scalability.

This is a unique opportunity to get a listed vehicle that offers liquidity while investing in emerging companies with exposures well beyond Australia’s shores.

What's in the box

Since we first invested in Touch it has expanded its portfolio to 5 investee companies, deploying around $75m in invested capital.

This table from the recent prospectus shows the portfolio. The portfolio is expected to grow to around 10 large holdings in the short to medium term, with potential for smaller investments (generally less than $2m each) in even earlier stage companies.

The next round of investments will be funded by the $100m raised through the IPO, in which all the larger existing shareholders invested.

Touch is a listed investment company. It aims to make money via growth in the value of its underlying investments rather than their revenue.

All investments are carried at their original entry-point valuation until there is a capitalisation event or very clear reason for a revaluation. The collective value of all the investments is the net asset value.

It’s likely that the stock market will value Touch at a significant premium to its net asset value. The carrying value of these businesses is largely unchanged from Touch's entry point (Happay has been increased but offset by PlayTravel).

If I owned an emerging tech business and an Afterpay-led investment company took a stake, I would assume my business had been strongly validated and its value had just increased – and that’s before any value my new share holders could add.

It’s worth noting that at the price investors paid in the IPO, the company has the same valuation it had when Woodson Capital Management invested in February.

We think Touch Ventures is a unique vehicle and a compelling opportunity. It’s also worth remembering that Square will be acquiring Afterpay early next year, which could lead to greater value creation for Touch shareholders.

Why you can’t miss the Livewire Income Series

Get investment ideas from Graeme Carson when you sign up to Livewire Markets.