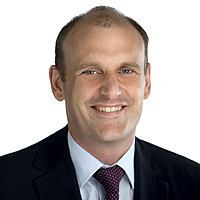 The market has closely followed and quickly reacted to news about the trade negotiations between the USA and China. The resolution or escalation of trade disputes impacts our investments in two ways. Firstly, companies might experience shifts in the fundamentals of demand and supply for their inputs and outputs. Secondly, in a global economy denominated in paper money, trade disputes also impact our investments via the monetary channel. Central bank policy, market forces or manipulation as response to trade disputes create fluctuations in the value of money itself. The numerator (earnings outlook) and the denominator (value of money) of the investment equation thus each experience greater uncertainty. The math of the matter is fatter variance of outcomes, or simply put, greater risk.

An astutely managed small company may be nimble enough to avoid downfalls (even prosper) in turbulent times however we believe investors in small companies must also pay attention to the broader economic outlook. In light of current uncertainty and conflicting alliances, we believe it is timely to review some of the basic facts about Australia’s trade and current accounts. The major imports to and exports from Australia in 2018 are listed below. Australia has enjoyed trade surpluses driven by growing volumes and prices of resource exports. LNG exports have been the major contributor to this growth, expanding volumes as new projects have been brought online.

Australia’s dependence on resources exports is well understood. Coal, Iron Ore and Natural gas were Australia’s three largest exports in 2018 and accounted for $173.4 billion, or 39.6% of all exports. What is notable is the relative concentration of Australia’s exports compared to its imports. Australians spent $92.5 billion on its three largest imports (travel, fuel and automobiles), which was only 22.5% of total imports.

China is well known as the most significant market for our commodity exports. China bought 80% of Australian Iron Ore exports, 33.6% of LNG exports and 21% of Australia’s Coal exports. In 2018 Japan was Australia’s largest market for LNG (buying 44% of the value exported) and both Japan and India are significant customers for Australian Coal. Nonetheless China is dominant or significant in each of the major categories and over 30% of our exports went to China in 2018, over twice the share of the next largest trading partner (Japan). Australia’s imports are more dispersed across sources and diversified across categories. To us this demonstrates a fragility, movements in one export commodity (Iron ore, Coal) or export market (China) can have a significant effect on Australia’s trade balance and thus current account.

Australia is enjoying a strong trade position largely thanks to growth in gas exports and sustained robust prices for its resource exports. Australia’s current trade surplus supports its economy as well as its currency and thus contributes to the RBA’s capacity stimulate the economy via lower interest rates. The most obvious risk to the status quo would arise from weaker Chinese demand for our commodities. Given the current trade tensions between China and the USA, exploring this scenario seems a worthwhile exercise.

The RBA recently published an analysis which attempted to quantify how a sizeable slowdown in China’s economy might impact Australia. The study considered the direct impacts, secondary impacts and then mitigating factors (exchange rate and monetary policy). The study looks at a scenario where Chinese GDP ends up 5% lower than currently forecast. It estimates that unmitigated, this scenario might slice 2.5% from Australian GDP (relative to baseline) over three years. When accounting for the impact of ‘shock absorbers’ such as a weaker Australian Dollar and lower cash rates, the authors found that a lot of this negative impact could be mitigated.

There was a significant caveat within the RBA’s analysis. The capacity of a weaker Australian dollar to support the economy in the event of a slowdown in China’s growth would be limited if China chose to depreciate its currency. Recent events in global money markets lead us to suspect that ‘competitive devaluations’ by Australia’s trading partners could prove a greater future risk than was contemplated in the RBA’s report.

A lot of commentary highlights the capacity of the RBA to use aggressive monetary policy (even printing money, aka Quantitative Easing) to alleviate the impact of any economic slowdown. In the last decade Japan, the USA, the European Union, Switzerland and even the UK have used these tools to support their economies. The below table shows that these countries also tend to run current accounts surpluses, generally driven by trade surpluses. We believe negative or ‘ultra-low’ interest rates and quantitative easing act as deterrents to capital flowing into an economy.

Countries which need foreign capital are less able pursue these strategies. To demonstrate this simply, the preceding table shows data gathered from the OECD. It compares long term interest rates and the balance of payments for 37 countries.

Growth in exports has raised the possibility of a current account surplus for Australia in 2019. A fantastic result considering Australia’s long history of deficits. With less need to attract foreign capital the RBA is better placed to stimulate the economy via aggressive and possibly unconventional monetary policy. However, China’s dominant share of Australian exports represents a fragility. This reduces our confidence that a domestic current account surplus is durable. If a slowdown in China meaningfully returns the Australian current account to deficit it could limit the RBA’s capacity to stimulate the economy.

Investors can celebrate growth of resource exports and an improvement in Australia’s economic health. Sadly the resilience of this health is weakened by a lack of diversity in export markets and reliance on volatile commodity prices. The RBA’s capacity to stimulate the economy depends on future circumstances which are liable to change given our major export markets are at the epicentre of disputes about trade and currency management. The upshot for our investments in Australian small companies is that we are wary of complacency in assuming aggressive monetary policy will always be an option to support economic growth and asset prices in Australia.

At NovaPort Capital, we focus on buying ASX-listed small and microcap companies.with an improving outlook at a significant discount to valuation. Stay up to date with our latest insights by clicking 'follow' below, or use the 'contact' button for more information.

LIVEWIRE FUND PROFILE
NovaPort Capital: NovaPort Microcap Fund
........
The information contained in this document is current as at May 2019 and is provided by NovaPort Capital Pty Limited ABN 88 140 833 656, AFSL 385 329 (NovaPort). It is intended solely for holders of an Australian Financial Services License or other wholesale clients (as defined in the Corporations Act 2001 (Cth)). It must not be passed on to retail clients. Any information provided or conclusions made, whether express or implied, do not take into account of any person’s objectives, financial situation or needs. Because of that, each person should, before acting on any this information, consider its appropriateness, having regard to their objectives, financial situation and needs. Past performance is not a reliable indicator of future performance. Fidante Partners Limited ABN 94 002 835 592 AFSL 234668 (Fidante Partners) is the responsible entity and issuer of interests in the NovaPort Smaller Companies Fund (ARSN 094 601 475) and NovaPort Microcap Fund (ARSN 113 199 698) (the ‘Funds’). Offers of interests in the Funds are contained in the current relevant product disclosure statements (PDS) issued by Fidante Partners which are available on our website www.fidante.com.au. The relevant PDS should be considered before making any decision whether to acquire or continue to hold units in the Fund. The information in this document is not intended to be relied upon as a forecast or research and is not a recommendation, offer or solicitation to buy or sell any securities or to adopted any investment strategy, nor is it investment advice. Neither Fidante nor NovaPort makes any representation or warranty as to the accuracy of the data, forward-looking statements or other information in this material and shall have no liability for any decisions or actions based on this material. In preparing this document, NovaPort has relied on publicly available information and sources believed to be reliable, however, the information has not been independently verified by NovaPort. While due care and attention has been exercised in the preparation of the presentation, NovaPort gives no representation, warranty (express or implied) as to the accuracy, completeness or reliability of the information. The information in this presentation is also not intended to be a complete statement or summary of the industry, markets, securities or developments referred to in the presentation. NovaPort is not licensed or authorised to provide tax advice. We strongly recommend that an investor seek professional taxation and social security advice for their individual circumstances. Any examples used are for illustration purposes only. Any opinions expressed in this presentation, including as to future matters, may be subject to change. Opinions as to future matters are predictive in nature and may be affected by inaccurate assumptions or by known or unknown risks and uncertainties and may differ materially from results ultimately achieved.
save