Two offshore growers set to reap the benefits of investment 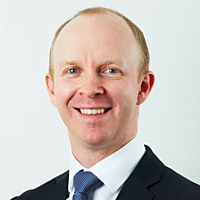 This time last year, I wrote about Credit Corp's then just-released full year results, saying the market was not giving the company the credit it's due. Credit Corp has returned ~40% including 72c of fully franked dividends in the past 12 months, so Livewire got in touch and asked me to provide an update on my thesis, and a similarly underappreciated idea. Usually I wouldn’t hesitate to run a victory lap at such returns, but the reality is a little different.

I had relatively low conviction on Credit Corp and chose to write about them last July, because they were releasing their result early in reporting season. As an early reporter I could get the write up on them out of the way and focus on the tidal wave of results that would come later in reporting season. I stuffed up; the weight of Credit Corp in our portfolio should have been much higher given the subsequent performance.

To be honest my thesis was a little flaky. I was hoping the market would look beyond a low growth year and the fact Credit Corp’s core business is somewhat mature and pay up for their growing loan book and “embryonic” US debt purchase and collection business. As it relied on future growth, this was a somewhat speculative and nuanced thesis and I expected it to take a lot longer to play out. I think I got lucky.

While early signs are encouraging it’s too early to say the US is a home run, but the market macroeconomic narrative has suited Credit Corp. The market has gravitated towards stocks with global growth options or offshore earnings and away from stocks with domestic exposure (e.g. Media, Retail, Housing).

The road ahead for Credit Corp

There have been a couple of interesting developments over the past 12 months for Credit Corp.

The first of these is that their two listed domestic competitors; Collection House (CLH) and Pioneer Credit (PNC) will find access to capital more challenging in the future. Collection House has resorted to an unconventional funding arrangement with a US hedge fund whereby they sell future cash flows for an upfront payment. Meanwhile Pioneer will find it tough to raise equity while its accounting policies are under question.

The second interesting development was Credit Corp’s $125m ‘blank cheque’ placement. We are loath to support companies raising money with no defined use for the funds they raise. In this case, however, Credit Corp’s stock rose strongly post raise suggesting the market sees a strong possibility of them crowding out domestic competitors or dramatically ramping up purchases in the US; a win in either case.

We’ve added to Credit Corp over the year as evidence of that the US ramp up is working and our understanding of the competitive dynamics in the Aussie and US market has improved.

Freedom Foods (FNP) is a difficult story. We like it but it has a tortured history having rarely hit earnings forecasts and having historically generated low returns on capital. The company argues they’re investing for long term growth and the current return on capital is not indicative of those in the future given their plant is not fully utilised.

The underappreciated growth opportunity is in the ramp up of their UHT ‘long life’ milk processing plant in Shepparton, Victoria and the associated high value nutritional products that are a by-product of UHT milk production. Lactoferrin is extracted from milk and is a high value protein added to premium infant formula. Lactoferrin will ramp up from 16 tonnes in FY20, will double in FY21 and production will ultimately go to over 50 tonnes by FY22/23. This will significantly boost Freedom’s earnings given Lactoferrin’s scarcity and high margins.

Freedom is growing revenue at over 30%, is increasing the proportion of earnings from branded products and has a growing China-facing export business. Ex growth consumer staple businesses trade on low-20’s PE’s here and in the US. Freedom could be expected to achieve a strong premium to this as its growth profile and improving returns become evident over the next couple of years.