Volatility welcomes in the New Year 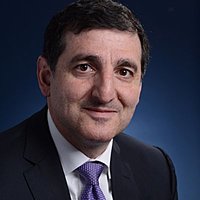 Firstly, demand for China’s exports is dependent on conditions in the broader global economy. More recently, economic conditions in developed markets have been weak with low growth and less demand for imports. This is reflected in the latest export data from China which shows export growth turning negative in late 2015.

Secondly, China’s debt financed investments have become less productive over time. Generally, projects with high benefit-cost ratios like well-targeted public infrastructure add to economic output. But the debt and investment increasingly found its way into less productive means such as on speculation and into already oversupplied industrial capacity.

This has left the Chinese economy in a vulnerable position with slowing growth, excess capacity and an elevated debt burden. Moving to a more sustainable growth model requires reversing these trends.

The good news is that the Chinese government is aware of the problem and has set out a reform agenda. But we shouldn’t overestimate what the Chinese authorities can do and we should also expect some policy errors along the way.

The handling and communication of the recent renminbi depreciation can be viewed in this light. While it is true that the renminbi is expensive, randomly timed depreciations of 1%-2% are too small to effectively stimulate the economy but large enough to cause financial market disruption.

Looking forward, our base case is still for no hard- landing in China although demand for commodities will be weak as trend growth moderates. As a result, all of Contango’s portfolios are underweight resources and are likely to remain that way throughout 2016.

Although it may be tempting to exploit ‘value’ opportunities in some beaten up resource stocks, investors should be cognisant of the larger economic backdrop and the still subdued outlook for commodity prices.