Was China partly responsible for the recent bond rout? 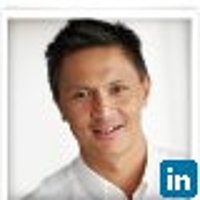 Weekend March capital flows (TICS) data show China as the biggest buyer of Treasuries with holdings up $37B in March. Unbelievably Belgium was the biggest seller with holdings declining a stunning $92.5B. However Deutsche's Alan Ruskin believes that this activity is due to China activity through Euroclear. China buy flows plus Belgium sell flows suggests China was a net seller of US Treasuries by $50B. Remember that China official reserves declined by $71B March . Luckily for the Chinese they were sellers in March before the recent April/May decline in prices. But with oil exporting nations and Japan not taking up the slack did Chinese selling perhaps precipitate the recent rise in treasury bond yields ?

We trade Australian interest rate futures with a heavy emphasis on market making and relative value.

Get investment ideas from Kit Lowe when you sign up to Livewire Markets.