We've seen the Eurosceptic party's poll rather well, gaining a larger share of representation in the EU parliament 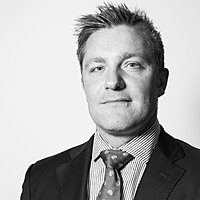 We've seen the Eurosceptic party's poll rather well, gaining a larger share of representation in the EU parliament. While this was always expected, it seems the degree to which they picked up seats was above expectations. In Greece the anti-EU party Syriza polled more votes than the current ruling coalition New Democracy and thus we have subsequently seen Syriza leader Alexis Tsipras saying the election sent a message against austerity and that snap elections are necessary. This could be hugely significant as a snap election would hold the premise to a spike in volatility, with fears of Greek exit surfacing again. The Greek bond market will be a guide.