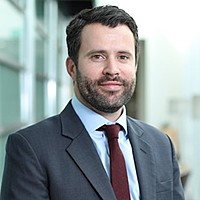 According to data from the Centre for Disease Control and the Department of Agriculture, the height of the average man in the US increased by one inch between 1960 and 2002, while his weight went from 166 pounds to 191 pounds. Though we can only speculate, it seems fair to suggest that a man from 60s America might have a different view on what a ‘normal’ waist size would be relative to his present day contemporary. The point is not a reflection on modern day trends in American dietary habits, but that normal can only be assessed in context.

In the pre-QE, pre-crisis era, the Fed and more specifically its rate setting body, the Federal Open Markets Committee (FOMC), specified a target lending rate for the federal funds market and then mandated the New York Fed to conduct open market operations — literally to buy and sell US Treasuries with their bank counterparties to ensure a sufficient level of reserves in the system, such that the supply and demand for funds balanced at the Fed’s target rate.

Over time, the Fed’s balance sheet expanded gradually reflecting in the main the increase in demand for currency in circulation, which naturally occurs as the economy expanded through time. This gradual increase, until 2008, can be seen in the chart. It can also be seen that in the second half of 2008 things abruptly stopped being normal as the Fed’s balance sheet exploded with the commencement of QE.

The new normal for reserves

With the dawn of zero rates and quantitative easing, the Fed’s balance sheet expanded dramatically, in turn breaking the balance between the supply and demand for funds in the market. This balance tilted firmly in favour of supply, creating the excess liquidity conditions that drove significant asset price inflation, which saw the S&P500 Index more than quadruple from its 2009 low to the present day.

The excess liquidity also had the effect of causing interbank funding rates to drop to almost nothing (the Fed targeted a range for lending rates of 0-0.25%) as the glut of reserves resulted in a marginal value of zero to this excess liquidity. At this point in time, there was much hand wringing by economists over the imminent inflationary storm that was coming our way as these excess reserves would inevitably flow into the real economy, lifting prices etc.

So, looking at the chart, it seems reasonable to say that starting in late 2008 reserves went from being ‘plentiful’ to ‘gargantuan oversupply’. What’s more, the Fed’s balance sheet shrinkage between 2018 and August 2019 seems only to have made a slight dent in reducing the oversupply of reserves to the system and hence the comment that any hope of seeing a return to the normal level of central bank balance sheets seemed to have died in August.

Yet over the past week, the bond markets have been awash in commentary about spiking funding costs in the US, driven by a shortage in reserves. What gives!

As with the 60s view of today’s horizontally-challenged average man, the context of the central bank balance sheet matters. Since the financial crisis, significant changes to bank regulation and, in particular, the introduction of the Liquidity Coverage Ratio (LCR), have resulted in a significant pickup in demand for certain assets, specifically high quality liquid assets (HQLA in regulatory parlance) and more specifically, central bank reserves — a particularly high powered HQLA.

Subsequently, while to the lay person a ‘normal’ level of reserves might involve extrapolating the gently rising line that was in place pre-2008, the reality has been that a much higher level of reserves is now required to balance the supply and demand for funds in the market. More importantly it has been very hard to pinpoint ahead of time just what this level should be, due to the discretionary nature of the makeup of central banks reserves within banks’ HQLA.

Pin the tail on the donkey

To all intents and purposes the Fed’s approach to ‘normalising’ the state of its balance sheet has been like a game of ‘Pin the tail on the donkey’ with the Fed trying to maintain an ample level of reserves to maintain balance in the system, all the while not being able to observe at what level of reserves this ceases to be the case except by the markets output.

The Fed’s stated aim has been to try and maintain a reasonable excess of reserves in the market, and then use special facilities developed in the post crisis era, to marshal the market derived funding rates within the targeted range set by the FOMC at each of its meetings.

Until recently the Fed was fairly sure it was managing to do exactly that. However, the recent funding shock in markets that saw certain overnight borrowing rates hit close to 10% and caused the effective fed funds rate to move above the top level of the Fed’s targeted range for the first time since 2008, has rather blown that theory away.

While to some (including the Fed) this seems to have come out of the blue, there have been warning signs in the money markets for some time that reserve scarcity was beginning to pick up. Market funding rates have repeatedly drifted higher over the course of the past 18 months or so, in response to which, the FOMC has thrice moved down the interest rate it pays on excess reserves posted at the Fed (the IOER — interest rate on excess reserves rate — is one of the special facilities developed in 2008) to maintain market funding rates in the appropriate range.

Warning signs have been cropping up in funding markets for some time but the tweaks to the IOER have managed to contain the stresses and strains from inhibiting the desired policy transmission the Fed is looking to set. However, rather like a sailor sailing a dinghy too close to shore, the Fed has been lifting the centre board each time the boat begins to ground on the seabed. While each time this lets the boat sail a little closer in without issue, eventually the boat will be wrecked, either running aground or hitting a submerged rock. This week the funding markets hit that proverbial submerged rock as a confluence of events resulted in a sudden drop of liquidity in the system and a spike in the cost of overnight funds.

What does this all mean and why does it matter? Importantly, this is not some systemic flaw that will propagate a funding crisis. The Fed has all the tools and abilities to resolve the problem, indeed it has conducted repurchase operations over the past few days to inject more funding into markets, which has soothed, if not solved, the problem.

For those who saw the exponential increase in central bank balance sheets in the post crisis era as an abomination, the good news is that monetary policy has been far less accommodative of late than many of the inflation mongers had feared. For those less prone to extremes of emotion around central bank policy, it appears the good news is that normality seems to have already returned. But then again, without context, what is ‘normal’ anyway?

Keep up to date with all of our latest insights across the world of global fixed income by clicking follow below and you'll be notified every time I post a wire.