What the recovery means for equities in 2021 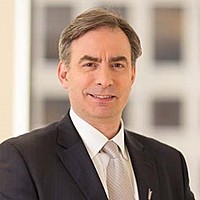 Over the past few years, every upward move in equities has been met by doubters. The argument was that valuations were expensive. If they weren’t, it was due to the disproportionate index weights of mega-cap tech and Internet companies. In 2019, soaring markets ignored the trade war, and in 2020, the mid-year recovery failed to grasp the magnitude of the pandemic and instead benefited from a torrent of stimulus.

While it is necessary to assess what role such factors play in the trajectory of equities, we believe that the driving force behind a resilient stock market remains a favorable earnings backdrop (as supported by Exhibit 1). Moving into 2021, we see this key component to be in place. We also have confidence it has longevity thanks to a better-than-expected economic rebound since the lockdowns of the first half of 2020 and the ability of companies to rapidly adapt to meet changing business conditions.

Stock prices typically follow earnings, and the recent upward revision of future year earnings estimates – with 2021 earnings expected to eclipse those of 2019 – was reflected in the rally in the second half of 2020.

An unmistakable – and welcome – V-shaped recovery

While it may appear somewhat inappropriate to discuss our positive outlook for equities in the midst of a COVID-19 pandemic that has caused untold human suffering, we should note that the products and services of several sectors have been integral in helping businesses and households navigate this uncertain period. With cases rising at the time of writing in Europe and the U.S., we expect remote working and e-commerce solutions to stay in demand over the coming months. More recently, innovative pharmaceutical and biotechnology companies have come to the fore as the race toward a vaccine and other therapies continues. The value these sectors are adding to the economy is reflected in them generating some of the highest market returns so far in 2020. They have recently been joined by materials, which has benefited from fiscal expansion in China. Conversely, travel and energy could remain challenged given the decline in overall economic activity in the absence of a widely available vaccine (which, despite progress, likely remains a long way off), and banks face headwinds in the form of perennially low interest rates weighing on margins.

Yet, we believe 2020’s highfliers have the potential to be joined by other sectors as evidence builds that a “V-shaped” recovery is emerging.

We are witnessing considerably improving data across the economy. Major global purchasing manager indices have returned to expansion territory, as seen in Exhibit 2. These leading indicators align with consensus expectations that after contracting by 3.9% in 2020, global economic output should rise by 5.2% next year and 3.6% in 2022.

Exhibit 2: Improving business confidence in a return to growth

The unprecedented collapse – and ensuing rebound – of business purchasing manager indices is indicative of other data that support the notion that the global economy is healing more rapidly than expected.

Regionally, major emerging markets and Asia ex Japan are on track to log positive economic growth this year, with U.S. growth being upwardly revised to -4.0%, still ahead of a struggling eurozone and UK. Yet, by 2021, all major regions are expected to return to positive growth.

Of the 21 million cumulative U.S. jobs lost at the depth of the pandemic’s lockdowns, 12 million have returned. The consumer sector, as measured by core retail sales, was quick to rebound in the first half and was followed by a resumption of business spending. We recognize that these monthly gains in the U.S. were off low comparables, and that businesses and households could again shut their wallets in the event of an uncontrolled viral breakout, but many countries have coalesced around the idea that certain economic activity remains essential and many companies have learned to adapt their business models to accommodate changes in client behavior.

Improving economic conditions are already being reflected in corporate earnings and upwardly revised estimates for the coming quarters. With most companies in the S&P 500® Index having reported third quarter earnings at the time of writing, 82% beat consensus estimates by an aggregate 17% over what had been expected. Looking forward, although full-year 2020 earnings on the S&P 500 are expected to decline by nearly 9% compared to 2019, they are forecast to rise by 22% in 2021 and by another 15.7% in 2022. Notably leading the expected earnings gains for 2021 are industrials, consumer discretionary and materials – three sectors typically dependent upon broad economic growth.

Few business models are designed to withstand a 50% decline in revenues. Valuing companies in light of such tail-risk events is similarly challenging. Yet we find many companies in far better positions than we expected just a few months ago. Much of this resilience is attributable to the lessons learned in the wake of the Global Financial Crisis (GFC) and ensuing slow recovery. Companies streamlined processes, repaired balance sheets and industries pursued rationalization. It appears a similar playbook is being followed now, albeit on an accelerated pace and with more government assistance.

We believe that the driving force behind a resilient stock market remains a favorable earnings backdrop.”

We have long recognized that the next crisis is potentially just around the corner. The strongest corporate management teams understand this as well. It is our belief that risk-aware and resilient companies often come out the other side of a crisis in an even stronger position. One method through which they accomplish this – that is receiving little attention – is consolidation. We expect companies with room on their balance sheets to seek businesses or business lines that are complementary to their core offerings and that allow them to improve their cost structure and pricing power.

We’ve recently seen such rationalization occur in the semiconductor industry as companies bulked up to combat overcapacity and weak pricing. Candidates likely to apply this approach in the wake of the pandemic include the energy sector and anything related to travel and tourism. Few sectors are immune to the upheaval wrought by COVID-19 and companies, in our view, would be well served to undertake “self-help” today rather than have adverse conditions dictate their fate tomorrow. Banks, for example, face acute pressure from the low interest rate environment. Unable to increase net interest margins, financial companies are seeking to boost profitability by jettisoning low-margin businesses and expanding potentially more lucrative ones, with wealth management an example of the latter.

More than a rates play

An explicit goal of low interest rate policies and central bank securities purchases is to push investors toward riskier assets. But there is more to buoyant equity prices than stocks being an alternative to paltry bond yields. Low rates benefit companies – and their stock prices – in myriad ways. Corporations have been eager to refinance at rock-bottom rates, with the aim of lowering their interest burden and thus potentially increasing profits. Similarly, low rates reduce the hurdle for capital projects to become profitable. This stands to spur the expenditure that should lead to higher productivity and profitability. Accordingly, and as illustrated in Exhibit 3, periods of low interest rates tend to coincide with higher stock valuations.

A low interest rate environment typically corresponds with higher stock valuations, and when rates rise the price that an investor is willing to pay for a unit of earnings tends to compress.

While equities’ recovery, in our view, is grounded in favorable fundamentals, there are plenty of lurking risks that could turn things south in a hurry. After all, this time last year, few had heard of COVID-19. Among the risks that we believe should concern equities investors most is an uncontrollable resurgence of the virus. Even when a safe and effective vaccine is found, deploying it to a sufficient amount of the global population to dampen the virus’ spread could take longer than expected. In the interim, more damage from curtailed economic activity would be done.

In addition, as we had feared, the Trump administration and Congress were unable to reach an agreement on another round of U.S. stimulus prior to the election. While all parties agree that the economy needs more fiscal support, the lack of clarity about the ultimate size of the package and whether it proves sufficient in supporting vulnerable pockets of the economy may cast a shadow over corporate prospects.

A split government – with Democrats controlling the White House and Republicans the Senate – has been cheered on by investors. But this is a fragile scenario given the two outstanding Senate races in Georgia. The outcome of those, which should be known in early January, along with who President-elect Biden appoints to key Cabinet positions, will, in part, dictate how aggressive the new administration is with respect to tax and regulatory policy. Even with a change in administration, we expect the recent trend of deglobalization and a more cautious approach to the U.S.-China trade relationship to remain.

Even with a change in administration, we expect the recent trend of deglobalization and a more cautious approach to the U.S.-China trade relationship to remain."

Another potential risk that we don’t believe receives sufficient attention is rising inflation. While a rapid rise in prices is not our base-case scenario, the ingredients for an inflationary surprise are present. The level of liquidity provided by monetary stimulus is staggering. In the years immediately following the GFC, the level of the Federal Reserve’s (Fed) balance sheet relative to gross domestic product (GDP) peaked at just over 26%. This past June it was 40%. Should a vaccine be deemed viable and normal economic activity resumes while the Fed telegraphs that it is fine to let inflation run above its 2% target, prices could easily outrun efforts to rein them in.

We believe that with the volume of newly created money sitting on the sidelines, it would only take the velocity of money – the rate at which dollars circulate through the economy – to stop declining to potentially ignite an upward lurch in prices. Longer term, the government debt racked up during the pandemic could eventually weigh on the value of the dollar, thus leading to “imported inflation” in the form of more expensive foreign goods.

We are less concerned with corporate defaults. Due to years of low rates – and the wave of refinancing as benchmark rates slid toward 0% in the first half of 2020 – balance sheets largely appear steady and default rates are lower than levels registered during the GFC. While the Fed’s 2020 market intervention was aimed at stemming a liquidity crisis, questions remain about solvency. While not eliminated, these concerns have diminished thanks to the mid-year economic recovery and the Fed’s commitment to continue supporting the corporate sector, namely through buying bonds of different credit ratings.

In summary, as we move into 2021, our outlook for equities is positive, supported by strong earnings growth expectations and the more rapid recovery from the pandemic than feared. As noted, there are meaningful challenges to this outlook that require a close eye but for now we see fundamentals, forward-looking management teams and low interest rates as strong catalysts to helping equity markets overcome adversity.

Get investment ideas from Matt Peron when you sign up to Livewire Markets.