When selling, what's better than a monkey throwing darts? 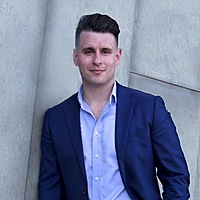 Professional investors often claim to share little with a retail investor. Professional investors or fund managers claim to be systematic, calm and measured in their approach to viable buying opportunities. Retail investors however, as numerous studies and research have shown, are prone to taking mental shortcuts to overestimate their investing abilities. They feel the pain of losses far more than the elation of gains (loss aversion) and often pay little attention to what a professional investor may deem critical information when making an investment decision. Whilst the misuse of these behavioural patterns may be distinct to the retail camp, readers may be surprised to note that in fact, there is a similarity at play. A recent academic paper Selling Fast and Buying Slow from the US National Bureau of Economic Research found that when it comes to selling, concentrated long-only fund managers might as well be as good as a monkey throwing darts.

Fund managers claim to be experts in filtering the good from the bad. Put another way, a professional investor may claim to know which information is important to a company’s inherent future value and which is just a headline grabbing tale. The effort required in finding the next best idea and identifying which of the available information is relevant does however come with time-sensitive and consuming pressures. Some great ideas for a portfolio may only have a short window to be capitalised upon, and if that horse bolts it may see months of work evaporate. Essentially, a great allocation of effort is focussed on creating the ‘buy-side’ thesis: Why is this a great company for the portfolio? What potential upside is on offer? The list goes on.

Building a buy-side thesis is also a substantial part of the marketing journey of a funds management firm. The reality of running such a firm is that money often flows to those with the best stories to tell. Rarely would a fund manager be asked to discuss a company that they ‘sold too soon’, rather the conversations usually focus on new buy-side investment ideas. As the success of the firm is contingent on more money coming in than going out, cognitive resources are heavily skewed towards building the most interesting and viable buy-side stories that are (hopefully) going to bring future benefit to the portfolio. This results in the sell-side of the equation often being left as an afterthought. Once a buy-side thesis has been accepted, the selling of a position(s) is largely considered administrative, i.e. it’s viewed as a way to raise cash for these new purchases. The afterthought nature of the sell-side is then starkly evident when we look at the academic research. When analysed from the 783 portfolios, each with an average of $573million under management, the research found that not only did these professional selling decisions fail to beat a no-skill random selling strategy, they also “consistently underperform it by substantial amounts”.

Momentarily shifting focus from the fund manager, the analyst is also an aficionado of the buy rating. A December 2016 study conducted by The Economist into analysts’ ratings for the S&P500 found that of these companies, 49% were given a ‘buy’ or ‘outperform’ rating, 45% were given a ‘hold’ or ‘neutral’ rating and 6% were given a ‘sell’ or ‘underperform’ rating. Given that for 2016, approximately half of the S&P500 stocks underperformed and around 30% generated negative returns, this could be interpreted as a significant miss by these covering analysts. Especially as, by most considerations, 2016 was a relatively usual period for the US market. The difference here when comparing to a fund manager, is that an analyst’s sell-side decision of a covering company may be motivated by ensuring that a positive relationship with the company management is maintained. As these job pressures may require an analyst to regularly cover an industry or sector, having access to the latest developments is often contingent on their relationships with those steering said sector(s). Perhaps Charlie Munger said it best, “show me the incentive, and I will show you the outcome.”

In conclusion, the same level of discipline required for buying should be applied to selling, irrespective of the commercial or marketing pressures applied. However, we live in the real world and with the above academic evidence, we know that this may not always be the case. Perhaps this can be a good test for the next time you prospect a fund manager or an equity analyst’s rating of a company – ask them how they plan to exit their position or hand the dart to a monkey and see who hits the bullseye first.

........
The Spatium Small Companies Fund (Fund) is an unregistered managed investment scheme in the form of an Australian unit trust. The Fund is only available to investors that are wholesale clients as defined in s761G of the Corporations Act 2001 (Cth). M&Q Capital Pty Ltd t/as Spatium Capital ACN 630 916 602 is the investment manager of the Fund (Investment Manager). The Investment Manager is a Corporate Authorised Representative (001279779) of D H Flinders Pty Ltd ACN 141 601 596 AFSL 353001. The Investment Manager's authority under its Corporate Authorised Representative Agreement with D H Flinders Pty Ltd is limited to general advice regarding the Fund only. Vasco Custodians Pty Ltd (the Trustee) is the Trustee of the Fund and the issuer of its Information Memorandum. Unless specifically stated, public commentary does not constitute formal advice or commitment by any of the aforementioned parties. Nothing in this contribution is intended as personal financial product advice.
save