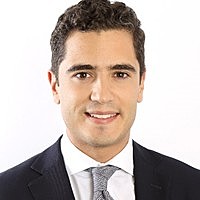 For global equities in February, it was really the market focused initially on the continued theme of rising inflation, but also rising interest rates. But this was all overshadowed late in the month in the final week, as we saw the tragic events unfold with Russia's invasion of Ukraine. And on this, this is a truly horrific scenario that's unfolded there, and all of our thoughts are going out to everyone impacted by this crisis. What this meant for investors during the month was the global equity index declined around 2.5%. And the steepest declines as one would expect were felt in Russia, but also in surrounding countries. So for the Russian equity index, it fell more than 50% during the month. And for their currency, we actually saw the third-largest single-month decline of their FX in the last 20 years.

When we think about which sectors did poorly and well during the month, very few areas of the market rose, but we did see strength in energy and materials, both rising during the month. Within energy, given Russia's critical functioning global supply for both oil and gas, particularly for the European market, we saw both the prices of oil and energy and gas actually rise very sharply in February, which has continued into March. But also as the market investors started to think about what this means for future inflation, we saw a lot of investors reposition into materials, as they were thinking about hedging out future inflation in real assets, such as metals. What this meant regionally was one of the only regions to rise, it was actually Latin America, given a lot of the underlying countries and their sensitivity to the underlying commodity prices.

So during the month, one of the biggest themes recently was interest rates. And as we saw interest rates start to rise at the beginning of this year and continue throughout February, in response to the conflict, yields declined quite sharply in the final week of February. And this now has investors questioning how do central banks position for the conundrum of sticky and very high inflation, in an environment where it's very uncertain what this conflict means for future growth? And potentially, can central banks afford to tighten as aggressively as they expected?

Focusing specifically on Russia's invasion of Ukraine, this is having a huge and tragic humanitarian and social impact. And it's also impacting all asset classes around the world. For global equity investors specifically, and for those invested in our global portfolio, we can confirm we hold no companies or positions in Russia, and we haven't for many years due to the risks we've seen in that country. What this crisis that's unfolding is doing is putting a lot of pressure on underlying commodity prices, namely oil and gas, given Russia's large position in global supply. It's also putting a lot of pressure on Europe and the European region, which rely very heavily on the supply that comes out of Russia. It's also impacting other commodities, both agricultural and metals, and undoubtedly, this is putting a lot of pressure on inflation, which is already high. And investors are starting to question what this means and how central banks react to that.

When we think about that inflation dynamic, we do believe that supply chains are starting to normalise, and we are seeing some early signs of that. And we believe that this should prevent central banks from needing to rise too aggressively, and to a level that starts to create some economic friction. When we think about the portfolio specifically, we have been reducing risk in the portfolio since early in 2021, and coming into these events, remained pretty neutral when it comes to beta and our broad risk positioning across the portfolio. There's been no need for forced selling, and given we are focused on stock-by-stock investments, we are looking very closely at where there may be some dislocations, and some opportunities that emerge. Broadly speaking though, for the rest of 2022, we still believe that while it's tragic what's happening in Russia, the economy of Russia and within that region are not significant enough to derail what we believe remains as strong economic, but also corporate earnings fundamentals.

And given the risk and fear in markets, we have seen valuations come back to more reasonable levels. So we do believe that there is an opportunity for investors in 2022, but we are still being very, very cautious, and acknowledging the high level of uncertainty around what's happening with this current conflict.

LIVEWIRE FUND PROFILE
T. Rowe Price: T. Rowe Price Global Equity Fund I
........
Livewire gives readers access to information and educational content provided by financial services professionals and companies (”Livewire Contributors”). Livewire does not operate under an Australian financial services licence and relies on the exemption available under section 911A(2)(eb) of the Corporations Act 2001 (Cth) in respect of any advice given. Any advice on this site is general in nature and does not take into consideration your objectives, financial situation or needs. Before making a decision please consider these and any relevant Product Disclosure Statement. Livewire has commercial relationships with some Livewire Contributors.
save

Sam Ruiz is a Portfolio Specialist in the Equity Division at T. Rowe Price, representing the firm's global and Australian equity portfolio managers to clients, consultants and prospects.

Get investment ideas from Sam Ruiz when you sign up to Livewire Markets.