Who can mass produce vaccines? 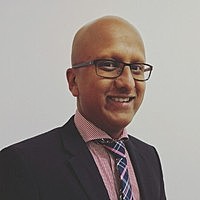 The partnership between the University of Oxford and AstraZeneca is a leading candidate to develop a potential vaccine for COVID-19. If this proves successful, it will be undoubtedly unprecedented. However, the next big question is who can mass produce a vaccine that is both affordable and at such a scale?

India produces 60% of the world’s vaccines or around 3 billion doses per year of which approximately 70-80% is exported to over 170 countries around the world. Given their scale and low cost of manufacturing, they can produce vaccines at an average of A$0.75 a dose, significantly cheaper than any other country.

For years, many low-income countries could not afford them despite a disproportionate share of the demand comes from them. Many big pharma companies in the developed world have shifted away from vaccines or to more complex vaccines as not only do they earn higher margins but do not create an annuity stream as patients are not long-term customers.

Whilst there are several charitable organisations around the world that have stepped up to the plate, a major reason why vaccination coverage has improved markedly is due to India’s scale resulting in low cost of manufacturing and labour. In fact, it is estimated that about 65% of the children in the world receive at least one vaccine manufactured by India’s largest manufacturer. WHO and UNICEF also source a large part of their vaccines from Indian pharmaceutical companies who have been able to bring down the prices of newer vaccines such as such as Diphtheria, Tetanus, Measles, Mumps and Rubella vaccines etc. Vaccination rates have steadily risen across all income levels over the years and are approaching 90% for middle income countries. Even for the lowest income countries, we have seen a significant rise over the last three decades from below 50% to between 70-80% now. Unsurprisingly, we have seen infant mortality rates decline significantly, with immunisation rates being a key driver of this. To date, many Indian contract manufacturers have signed partnerships to develop vaccines for the COVID-19 pandemic. The Serum Institute of India (SII) is the world’s largest vaccine producer by volume (can produce more than 1.5 billion p.a.) with the next largest producer, French pharma giant Sanofi, is almost half of that of which most of them are manufactured in Sanofi’s Indian plants anyway.

Over the last few months, SII has been chalking up deals with global pharmaceutical companies to produce COVID-19 vaccines at scale. The most promising one is a deal to produce a billion doses of ChAdOx1 nCoV-19, the vaccine being developed by the University of Oxford and AstraZeneca Plc. US vaccine development company, Novavax Inc has also entered into a supply and license agreement with SII for the development and commercialisation of its COVID-19 vaccine candidate of up to a billion doses. GAVI (A global vaccine alliance) and the Bill and Melinda Gates Foundation have signed a deal with SII to produce 100m doses for India and other low to middle income countries. This is a critical point as the need to share the vaccine equitably around the world (particularly for badly hit and low-income countries) will be paramount. Given the race by governments around the world to get their hands on a vaccine, sadly many low to middle income countries are likely to be last in line without a concerted global effort such as GAVI.

SII in fact started adding capacity four years ago as the company’s vision was that demand for exports would continue to grow. They also were not put off by the low margins like many other firms have been as SII’s economies of scale allows it to sell vaccines cheaper than anyone else and still generate a profit. It is expected over the next couple of years they will be able to churn out 2 billion doses p.a. This capex move has proven to be right, aided by the recent pandemic and puts them in a commanding and precocious position to mass produce vaccines.

However, given the early stages of vaccine development (in what usually takes years) there is significant uncertainty around not only who will be successful (to date there are more than 100 vaccine candidates in development) but how long it will take to develop an efficacious and safe vaccine. Furthermore, due to R&D costs and political pressure, the ability to be significantly profitable is unlikely. Many pharma companies that tried to develop a vaccine for Ebola spent significant amounts of capital that subsequently amounted to nothing. Regardless of these uncertainties, SII and many other vaccine/drug developers in India will play a big part in any global-scale manufacturing plan of the successful candidate, due to their ability to mass produce but also given their early mover advantage and approvals for many other drugs from global regulatory bodies such as the US FDA, European Medicines Agency and Australia’s Therapeutics Goods Administration.

Furthermore, the downside of failure is limited as the Bill & Melinda Gates Foundation, via its Strategic Investment Fund, will provide at risk funding of US$150 million to GAVI (vaccine alliance between several bodies e.g. WHO, UNICEF etc). This will be used to support SII to manufacture potential vaccine candidates. Vaccines will be priced at maximum US$3 per dose and made available to the 92 countries included in Gavi’s COVAX Advance Market Commitment (AMC).

While a lot of this seems unprecedented (to a large extent it is), this is not entirely new. According to estimates from the US’s Center for Disease Control and Prevention (CDC), around 81 million Americans were vaccinated for 2009 H1N1. Of course, COVID-19 is vastly different to H1N1 and the scale of vaccination will be several orders of magnitude higher than that to combat it.

Nonetheless, although it may be a big pharmaceutical company or a university lab that successfully develops a treatment or prevention, the challenge is not just about discovering vaccines that work, but mass producing it at scale as quickly as possible and India is in a prime position to benefit.

The disruption to supply chains caused by COVID-19 has illustrated that there is too much of a reliance on China to supply raw materials. Major pharmaceutical companies such as Pfizer, Merck, GlaxoSmithKline etc. may be at the top of mind when it comes to developing drugs, yet these companies and the pharmaceutical industry as a whole rely on global supply chains. Both China and India play key roles in the supply of both key ingredients and finished drugs.

A key stage in the pharmaceutical manufacturing supply chain is the production of active pharmaceutical ingredients (APIs). API’s are the biologically active part in a drug which produce an effect. Around 40% of all API’s manufactured globally are made in China and in fact over 60% of API’s in India are sourced from China.

One company likely to benefit from this shift globally is our largest pharmaceutical position in the India Avenue Equity fund is Divi’s Labs. Divi’s is amongst the world’s top 3 API manufacturers exporting to over 95 countries. They are key API partners for the top 6 pharma companies globally and are global leaders in the production of few critical molecules that accounts for over 50% of global production of these molecules. Their key strengths are:

Whilst the pharmaceutical industry has come into the spotlight due to COVID-19,  increasing life expectancy and eradicating ailments will always be a human endeavour. Although Biotechnology is at the cutting edge of this space, and success can be extraordinarily profitable if the various clinical trials are successful, the entire timeline for a success rate of 0.1% is around 10-15 years depending on the new chemical entity under research. On the contrary, the generics business is a proven high-volume business which depends on the efficiency of manufacturing and distribution of drugs / chemical entities which have gone off patent.

India’s first mover advantage here has meant they have developed approved facilities, R&D expertise, efficient supply chains, global reach and required international filing to bank on the opportunity to be part of affordable healthcare policies being advocated by first world governments. We feel India is on the cusp of being a global leader in pharmaceuticals.

Aran has over 12 years experience in Emerging Market and multi-asset investing. He co-founded India Avenue, a boutique asset management company which purely focuses on India with offices in Sydney and Mumbai. The India Avenue Equity Fund...

Get investment ideas from Aran Nagendra when you sign up to Livewire Markets.