Retailing - Who will survive and strive in the digital age? 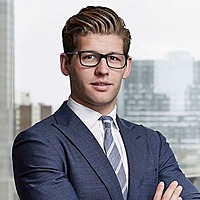 The U.S. Retail industry has undergone transformational change over the last decade as a direct result of the emergence and acceleration of online shopping. The simple fact is the U.S. just has too many retail stores. With 48 square feet of retail space for each person, the US is significantly over-retailed compared to other developed markets; 22 square feet in the U.K. and 13 in Canada (1). As this oversaturated retail footprint is starved of traffic we are seeing occupancy deleverage and erosion of four-wall margins, ultimately leading to the closure of stores and bankruptcy of companies unable to adapt to the digital revolution.

However, it is not all doom and gloom, as change typically brings opportunity. Certain retailers who possess the right mix of attributes will not only survive but will strive in the digital age.

In 2016, US eCommerce sales totalled $395bn which we estimate to be 15% of total US retail sales (2), having grown at a 13% CAGR over the last 10 years. Over the same time, brick and mortar retailing has grown at a 1.5% CAGR. In 4Q16, 60 cents of every incremental retail dollar was spent online. Extrapolating these growth rates would increase eCommerce penetration to 22% by 2020. No other company has benefitted as greatly or been so instrumental in accelerating the growth of eCommerce as Amazon. Jeff Bezos famously said on an earnings call “there are two kinds of retailers: there are those folks who work to figure how to charge more, and there are companies that work to figure how to charge less, and we are going to be in the second, full-stop”. This mentality has propelled Amazon’s share of US eCommerce, by our estimate, to ~37% in 2016 (3). What is more interesting is that for every one dollar of retail spending that migrated online in 2016, Amazon took 65 cents vs. only 21 cents 5 years ago when they had 19% share. The deteriorating state of the US brick and mortar retail market was summarized recently by Richard Hayne, the CEO of Urban Outfitters, where he likened the square footage capacity growth from the 1990s to the early 2000s akin to the housing bubble and “like housing that bubble has now burst. We are seeing the results: doors shuttering and rents retreating.”

Many legacy retailers were slow to react to the threat and opportunity presented by eCommerce as they continued to invest capital expenditure into new store growth instead of eCommerce capabilities. However, some leading retailers had the foresight to prioritize eCommerce investment and leverage their store footprint to give them a differentiating feature from online competitors; essentially turning this physical footprint from a burden to a blessing. For example, Home Depot grew eCommerce by 19% in FY16 to 6% of total sales and 45% of those orders are picked up in-store.

We believe a retailer needs to possess at least two of the following key characteristics in order to survive and strive in the digital age:

What has become apparent over the last few years is that the gap between the haves and have-nots is widening. We have seen growing revenues and margin expansion in names well positioned in the digital world, whilst those lacking the above traits have seen an anaemic top line and margin compression (valuation multiples have followed). In the below charts we compare the sales growth and margin of the “The Haves” with “The Have-nots”(4). Case Study: The death of the Department store

Department stores typically don’t meet any of the above criteria and are quickly becoming the next eCommerce casualty.

Lex Werner, the founder and CEO of L Brands (owner of Victoria Secret), articulated the challenges and the likely fate of Department stores at a recent investor day; “I think I would begin saying maybe 10 years ago or 15 years ago, that the department store was dying and they died. They just haven't buried them yet”. We are certainly now starting to see signs of their death. Sears Holdings, the appliance giant that generated $22bn of sales in FY16, said in their recent 10k “our historical operating results indicate substantial doubt exists related to the Company's ability to continue as a going concern”.

Traffic declines and shifting wallet share are leading to store closures – In 2016, department stores share of retail spend was 6% vs. 11% only 10 years ago. The declining traffic has forced these once bastions of the retail industry to close stores - Macy’s has announced 100 store closures, Sears is closing 150 and JC Penny is closing 140.

eCommerce has had a direct impact on Department Store margins – We believe this is largely due to four factors; (1) pricing transparency from online players, (2) poor inventory flexibility, (3) fixed cost nature of physical retailing, and (4) management teams doing too little too late in regards to rationalising their store base.

Competition from off-priced – The off-priced sector has been able to capitalize on the redundancy of the department store and in turn added to their problem. The off-price sector which sells goods at 20-60% off RRP and provides a unique treasure hunt experience has consistently taken sales away from department stores. Interestingly, TJX Companies is expected to generate higher revenue from its US operations than Macy’s in FY17(5) and despite having lower prices, their US Marmaxx banner generates ~14% operating margins vs. 5-6% for the department stores. At a recent investor conference Macy’s CEO, Terry Lundgren, acknowledged this threat, saying “the bigger challenge for us has not been the Internet. It's really been off-price”.

How to position going forward?

We have seen an inflection point in retail as we know it and the news of store closures, bankruptcies, and brand rationalization is just starting. In saying that, we do believe there will be a number of survivors who will weather the storm and come out the other end in a stronger position and with greater market share.

There are a number of sub-segments in retail that are less at risk from eCommerce, with these segments typically exhibiting two or more of the six key characteristics identified earlier. Home Improvement and aftermarket Auto Parts are two examples of this. These industries benefit from a high level of service and employee product knowledge, the items aren’t easily shipped (due to bulk for home improvement and SKU breadth for auto parts) and the markets remain highly fragmented with few at scale players (HD/LOW have 50% share of home improvement retail and the top 3 players in auto parts have 24% share).

Retailing is a difficult sector to invest in, more often than not the brands and stores of tomorrow are rarely the ones of yesterday, with incessant competitive disruption and changing consumer preferences leading to continuous obsolescence. Having said this, we believe that disruption creates investment opportunities and applying a bottom-up approach focusing on quality businesses with durable competitive advantages, a long track record of profitable growth and forward-thinking management teams is the best framework to pick the secular winners. However, this is only half the battle. It is equally important to avoid the landmines, and as such, we do our best to avoid retailers whose futures are opaque. Whilst their headline valuation may be tempting, we see most of these companies as potential value traps.

(2) Our retail sales estimate is based on US Census Retail sales excluding Motor Vehicles, Food and Beverage Stores and Gas Stations.

(3) Based on BAM estimates.

(5) Based on BAM estimates.

Get investment ideas from Jack Osborn when you sign up to Livewire Markets.