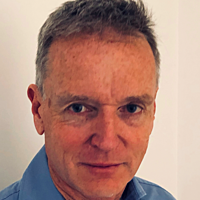 Equity risk premiums are little bit less than 4% more than bonds over long periods. The two major drivers of high equity returns are falling interest rates and high earnings per share growth and we think both factors are structurally challenged.

Equity investing is a trade-off: you need to get higher returns than risk-free rates to put up with the inevitable periods of negative returns like Covid 19, or the GFC or the 1970s. Lots of Australian studies estimate the excess return (Equity Risk Premium or ERP) at 5%-8% with the seminal Officer study arriving at a 7.9% excess return between 1882-1987. We can only get to 4% or less when we look at post-1950 data. Where this becomes interesting for us as a hybrid fund manager is that while the current margin over risk-free for hybrids in the high 2% levels is around 1% lower, it’s also a lot less volatile and it’s a much shorter time frame to realise the ERP.

The chart below shows ERP in 2 different ways. The orange line shows the annualised ERP for any period to June 2021. For example, the ERP of 5% since 1966 (arrowed) is determined by the annualised return of the ASX plus dividends of 10% p.a. less the bond rate at the time of 5%. We’ve also shown the decade ERP (equity returns less the opening bond rate) as a series of shorter horizontal lines.

We were a little surprised that the number isn’t really close to the 7%; the median is 3.5% with the mean 2.9% and the decade averages are below 3%.

It looks to us that there is a duration effect at work here that supercharges the effect of interest rates on equity valuations. We’ve also seen this effect in the US, so we can’t dismiss it as a purely Australian phenomenon.

But equity returns are relatively stable.

The other aspect we notice is that equity returns over any longer period are always in the 7%-10% range. At first glance you might think this is proof that corporate Australia operates in Berkshire Hathaway nirvana world with companies gradually increasing earnings and sensible capital management producing steady EPS and DPS growth over time. If this is the case, there is a reasonably compelling case for investing in equities for the long term. Unfortunately, that isn’t the case. The chart below shows annualised EPS growth from any date to August 2021. The horizontal bars show the EPS growth for the decade

PE expansion makes up for lack of EPS growth

Equity returns are a function of EPS changes and PE changes, so what looks like has happened is that in periods of poor EPS growth there has been expansion in PE ratios (partly related to bond yields) and vice versa. So, you have had relatively stable returns over time. But whichever way you cut it, EPS growth is volatile, probably not as high as you think, and it seems to be structurally declining.. Given the low EPS growth seen this decade (partly attributable to Covid 19 affected earnings), last decades share market appreciation is almost entirely attributable to PE expansion.

We think hybrids form an important part of a diversified portfolio. With cash rates expected to remain at low levels for the next few years, the 2.9% return outcomes available in the hybrid market are attractive for investors with cash exposures, provided they can tolerate extra risk. If rates increase or EPS growth doesn’t turn around, it is hard to see equity returns even generating the historical 4% excess returns over risk-free.

Carlton’s success is highly correlated to the ERP

The chart below shows Carlton’s final league ladder ranking and the ERP curve we used above. We have ranked Carlton’s finishing position out of 100% (right-hand axis) (100% being first) and reversed the axis for viewing ease. We have smoothed the ladder ranking and we have made adjustments to their ranking for two important exogenous variables. We have added dummy variables to adjust for these periods. The adjusted ranking is shown as a dotted line. The 2 exogenous variables were;

As can be seen from the charts the relationship is robust, except for a breakdown in 2007. This reflects the large increase in the All Ords in 2007 and fall thereafter. The high levels of the All Ords in 2007 results in relatively low returns until 2021 with the opposite effect for the GFC and post GFC vintages. In a football sense, Carlton was consistently bad through all that period. Although not quite significant as R-squared (probably because of the above), the regression shows good results at the Multiple R levels and excellent F statistics.

Simply put, Carlton tends to do much better when the world is crap. In those states, ERP’s are low, equity markets are doing badly and interest rates are high. We know that equity markets are some reflection of societal mood (Nofsinger 2003) and we can use that insight to develop a new attribute which is a subset of the behavioural concept of “overconfidence” (Kahneman 2012). Carlton has a well demonstrated ability to ignore societal norms such as honesty and fair play and has a belief in its level of ability that withstands dips in societal mood and ladder ranking. Accordingly, Carlton will overachieve when the rest of the world is pessimistic and underachieve when the rest of the competition becomes more optimistic. We have named the attribute “Blue - bris” (or Blu-bris) in recognition of the important role of hubris in Greek tragedy.

Structurally things are looking up for Carlton. The so called, Misery Index (Unemployment + inflation + interest rates) is set to get worse. This is correlated to equity markets and ERP, and typically results in periods of Carlton outperformance. Our further research will focus on whether the extent to whether a Silvagni playing for Carlton improves the regression covariance and whether the optimal turnover of the Carlton coaching position is below or above the current average of 2.9 years.