Why investors should care about company culture 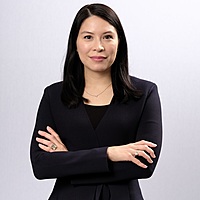 Corporate Australia was rocked last year by the resignation of AMP’s chairperson. His abrupt departure followed accusations that the wealth manager’s senior leaders had brushed off a substantiated sexual harassment complaint from an employee, in order to promote the perpetrator to CEO of AMP Capital. Shareholders, employees and the public at large loudly voiced concerns after the appointment, which also uncovered a raft of other cultural concerns inside AMP.

This is an extreme but pertinent example of how an unhealthy corporate culture can spiral out of control. Allowing, or even encouraging, individuals inside a company to ignore ethics and conduct rules can:

Why should investors care?

After a series of extremely serious scandals and misconduct in certain industries, equity markets are becoming more aware that culture and governance matters to a company’s long-term success.

Asset managers need to understand the culture of the companies in which they invest. Portfolio managers should talk regularly with management teams or decision-makers before, during and after they invest. This helps investors fully understand their portfolio companies: who they are, what they do, and how they hope to achieve their goals. More importantly, it can help determine whether there is alignment between what an organisation says it stands for, and what it actually does.

Rio Tinto had legal permission to do so and the company had made some efforts to consult the traditional landowners, the Puutu Kunti Kurrama and Pinikura people. But the destruction of these rock shelters caused a public outcry. The site is considered by many people to be of significant cultural significance. Archaeologists recently found evidence at the location of continuous human habitation spanning 46,000 years.

When the news broke, we held multiple meetings with various senior leaders inside Rio Tinto, including the CEO and CFO, chair and head of iron ore.

It rapidly became clear that governance structures were weak. Traditional owner relations and cultural heritage issues were not taken seriously enough. Our views were supported by the information presented by Rio Tinto and other stakeholders at the parliamentary inquiry into the destruction of the Juukan Gorge caves.

Ultimately, the CEO, the executive in charge of iron ore, and the head of external affairs resigned from the company. Our engagement with Rio Tinto on indigenous rights continues, and we are assessing the recent changes to cultural heritage management proposed by the company to gauge whether they are sufficient to strengthen processes.

The culture within Rio Tinto will also need to change, but this is a long-term process that will take time.

Media reports emerged last year accusing Cleanaway’s CEO of ‘bullying and intimidation’ in the workplace. The reports alleged that his behaviour had led to the departure of a number of senior executives; at least one complaint had not been investigated properly.

Last September, Cleanaway said that following an investigation a number of measures would be introduced. These include executive leadership mentoring, enhanced reporting, and monitoring of the CEO’s conduct.

We spoke with the chairperson, an independent director and past employees about the reports. Our conversations with former staff were designed to verify what we had read in the media and were cross-checked against what company executives had told us.

It became clear there were probably other cases of employees who had been affected by the CEO’s behaviour. The business clearly requires significant cultural change and a refocus on delivering value to its customers.

We felt the situation posed risks to earnings and returns, and so we exited our investment.

While equity markets are becoming more aware of the impact of culture and governance on company performance, it is still common for ESG information to be overlooked and undervalued by the market. This creates opportunities. Ultimately it means that collecting, analysing and acting on ESG information can lead to better fund performance and better client outcomes.

We believe that ESG factors are financially material and can impact a company’s performance – either positively or negatively. Understanding ESG risks and opportunities, alongside other financial metrics, is therefore an intrinsic part of our research process. For further information, please visit our website.

Natalie is an investment director with over 15 years’ experience in equity markets. She joined abrdn in 2005 from Deutsche Bank where she worked as a research analyst covering the Media sector. Natalie previously worked at Rothschild (Investment...