Why slow drivers are fools and speedsters are maniacs 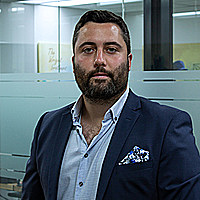 A few months back, my colleague Jesse wrote about the competing nature of the efficient market hypothesis and behavioural finance. Here’s a brief recap:

“The focus of behavioural finance is the idea that investors are limited in their ability to make rational economic decisions, whether that be influenced by their own biases, by a lack of self-control or resources (i.e. time), by peer pressure (i.e. herd mentality) or a number of other social, cultural and external factors. If studied and watched closely, this irrationality can begin to reveal some patterns of behaviour and can lead to opportunities. The opposing camp to behavioural finance however, is the Efficient Market Hypothesis. The Efficient Market Hypothesis asserts that investors are rational, fully informed, and that (stock) prices reflect all available information at any given time and therefore always trade at their fair value. Essentially making the ability to generate an excess return impossible. Despite one’s preference for economic understanding (behavioural vs theoretical) or preference for investing (active vs passive), there seems to be a clear delineation between the two camps.”

Rereading this wire got me thinking about the active vs passive investing debate. In particular, how we might divide them into the two above camps and the similarity to George Carlin’s infamous stand-up routine. On the matter of dividing them into camps, it seems that passive investing is more akin to the Efficient Market Hypothesis, given its implied nature of not seeking an excess (or outperforming) return. Whereas with active investing, this would better align with behavioural finance, as often the mandate is to seek outperforming investments. Unpacking this further, we know that in theory all publicly listed companies must distribute pertinent information to the market equally. Although in practice, we know that despite this dissemination, rarely is every page or slide considered prior to making an investment. Put another way, assuming all investors have the time to read and digest all available information, and process this information at the same rate, we would essentially all drive at the same speed and arrive at the same time. Behaviourally however, we know that human decision-making does not always follow the same logic, which may help fuel mispricing’s such as market bubbles and exponential growth in speculative assets (such as cryptocurrency). Similar to when some drivers may be driving faster and more erratically than you.

The relevance of George Carlin’s routine to this debate is not necessarily its humorous nature (an added benefit), rather the confirmation bias many of us (sub)consciously ascribe to. Essentially Carlin’s routine is famous for the very flaw it highlights in our tendency to confirm our own biases; if someone drives slower than us, they’re a fool, and if they drive faster, they’re a maniac. So, through the lens of the active vs passive debate; should we rush towards passive investments and drive at the same speed (risk) as everyone else, or are we better off driving at our own speed (risk tolerance) and actively seek out investments that suit that profile?

It’s little surprise that as investment managers of the Spatium Small Companies Fund, an actively managed fund that has outperformed the index by 10.8% per annum since inception (to 31 August 2021), our bias is naturally weighted towards active investing. However, parking that aside for the moment, there may be some merit to low-cost passive investing for retail investors, especially those who entered the market in 2020. A report out of the University of NSW highlighted direct stock ownership by retail investors (defined as having 1,000 or less shares in the ASX300) increased by 7% in 2020, whilst CNBC reported that an estimated total of 15% of all retail investors began investing in 2020. No doubt retail investors were, in part, motivated by the unprecedented rise in markets post the COVID-invoked bottom of 23 March 2020. To put this rise into ‘unprecedented’ context, the S&P500 has doubled in value from the 23 March 2020 bottom to 16 August 2021. Considering that it normally takes an average of 1,000 trading days (of which this time only took 354 trading days) for the market to double from a bottom (such as the GFC or World War II), labelling this rise unprecedented may be not giving it enough justice.

Furthermore, as many global markets drove at similar speeds post the initial COVID shocks, it is easy to get carried away with the (false) assumption that past performance is an indicator of future performance. Especially for the retail investors that sought to directly invest in stocks throughout 2020, there may be those who are beginning to drive at different speeds relative to the broader market. This begs the question, if retail investors are finding their once ‘speeding’ portfolios slowing to a school zone pace, might they be better off driving at the same speed as everyone else in a passive product? It is hard to argue with the ease of access and diversification options that passive products can offer one’s portfolio. Additionally, a retail investor can access these options easily and at a relatively low cost.

That said, a word of caution on passive products; there is a growing criticism that passive investing is eliminating the need for price discovery or individual research at the stock level. The lack of price discovery in passive products may be driving markets to be more inefficient as opposed to serving the very camp that they belong to. Given the relatively recent trend in passive products over the past decade, the full ramifications of their impact on markets is still unknown – some industry heavyweights such as Michael Burry have even gone as far to say that when passive product inflows become outflows, “it will be ugly”.

Fundamentally, an investor’s willingness to agree with one investment style or the other resides with internal biases and past experiences, notwithstanding that the available data on the ever-evolving allocation to passive investing is still quite premature. As such, an assessment on exactly how this will affect markets remains an argument for another wire. Either way, as the debate rolls on, we encourage all readers to abide by respective speed limits (levels of risk), rather than focusing solely on an estimated time of arrival (target return).

As co-founder and Director of Spatium Capital, Nick has an affinity for physics and mathematics whose principles have influenced the creation of the Fund’s investment strategy. As Director, Nick’s responsibilities are predominantly focused on...

Get investment ideas from Nicholas Quinn when you sign up to Livewire Markets.