Why the capital raising boom might be over: this week in capital markets 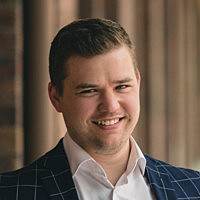 The past few weeks have been quiet in capital markets. Deals are still being done but the sentiment certainly feels more subdued than the 20-raise-a-week days of March/April.

Last year there was roughly $8b raised through placements, this year more than that was raised in the month of April. In March/April as the boom began, investor confidence developed at the top of the market with the big bank raises, travel providers and REITs and slowly made its way down to the small end for the June/July gold explorer and tech boom. The past few weeks has felt a bit like this was happening in reverse. There have been a number of high profile capital raises (particularly underwritten SPP/entitlement offers) that haven't been as well received on the after market. As alpha becomes harder to find at the top, the effects flow down the tail end of the market and it becomes necessary for growth companies to price in more risk.

There's been more than a few higher profile raises this past month that haven't delivered on expectations:

We think there's a few factors at play here:

If in fact this is the end of the "boom" then we expect there to be some changes to the status quo. Risk will need to be priced into capital raises, meaning we might start seeing more generous pricing. In terms of raise narratives, growth (particularly revenue, but also in terms of news flow) will become more important during investor presentations and in pitch decks.

In any case, here's what we saw this week in capital markets:

Enjoy this wire? Hit the 'like' button to let us know. Not already a Livewire member? Sign up today to get free access to investment ideas and strategies from Australia’s leading investors.

Five medium-term inflation pressures - and what they mean for investors

Five medium-term inflation pressures - and what they mean for investors