Why this fuel source could knock battery power off its perch 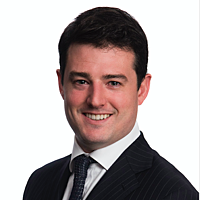 The hype around hydrogen is heating up. Hydrogen has been used as an alternative energy source since 1807. But higher costs, transportation and storage difficulties have restricted its use over the past 200 years… Until now!

The urgent need to curb climate change, declines in renewable energy pricing, and changes in supply/demand are creating new opportunities for hydrogen as a viable alternative energy source. While the range is high, medium-term forecasts point to hydrogen demand growing around ten-fold. In this monthly insights piece, we discuss the implications for investors and why Fortescue's former CEO Andrew "Twiggy" Forrest (and also Firetrail) are getting excited about the opportunities that will arise for Australian investors over the next decade in alternative energy sources

The hype around hydrogen

Last month, Forrest used his second Boyer Lecture to make the case for green hydrogen as the solution to reaching net-zero emissions. He also highlighted Fortescue’s plan for a hydrogen-powered ‘green steel’ plant in the Pilbara. Elsewhere, US President Joe Biden signed an executive order on his first day in office recommitting the US to the Paris Agreement, and all signs are that he will push ahead with the stated target of 100% clean energy in the US by 2035. Closer to home, Australia's Prime Minister Scott Morrison has shifted his stance, stating that the nation’s goal is to “reach net-zero emissions as soon as possible, and preferably by 2050”.

Hydrogen is the most common element in existence, making up 75% of the universe by mass. It is almost 1 million-times more abundant than fossil fuels, is highly combustible, and only emits water when burned.

Perhaps of most interest is the energy density of hydrogen. The combustion of one kilogram of hydrogen produces more than three times as much energy as one kilogram of diesel! In a hydrogen-based economy, so the story goes, "green hydrogen" produced using renewable electricity could be used in place of fossil fuels that currently provide around 80% of global energy and are responsible for the bulk of emissions. But there are drawbacks. Hydrogen is currently expensive to produce and difficult to store and transport.

The first internal combustion engine that used hydrogen as fuel was constructed as far back as 1807. Similarly, the potential for hydrogen to replace coal as a means of electricity generation emerged in the 1860s. This leads us to the most obvious question – is it really different this time? The case for the 2020s being the decade where hydrogen finally fulfils its long understood potential rests on two key premises:

Curbing climate change. Meeting the climate targets of the Paris Agreement dictate decarbonisation across all areas of economies, not just electricity generation. This includes ‘hard to decarbonise’ sectors such as shipping and steel production that contribute a significant level (around 11% combined) of global emissions. Due to the chemical properties of hydrogen, it is uniquely suited to provide a solution to many of these sectors. In other words, to curb climate change, hydrogen can be used to decarbonise parts of the energy system that electricity cannot reach.

Falling cost of electricity. Historically, potential use cases for hydrogen have been made impossible by the sheer amount of energy required to produce the gas from water via electrolysis. Recent enthusiasm has, in part, been driven by continuous declines in renewable pricing, with current projections indicating that renewable energy prices of around $10-20/MWh (where hydrogen becomes an attractive proposition) will be common over the next decade.

Ultimately, for green hydrogen to fulfil its promise, both demand and supply sides of the equation must come together. Supply must be provided in suitable quantities at a cost that competes directly with incumbent technologies and other new green solutions. Similarly, on the demand side, technology must be developed and refined such that green hydrogen can replace current processes.

The economics of the conversion of energy into green hydrogen depends primarily on:

Solar is an abundant resource when compared to all other forms of both renewable energy and fossil fuels, as can be seen in Figure 3. In Australia, because of our massive share of solar energy and large landmass, just 0.13% of land area would be required to provide enough energy to cover all our energy requirements. Many studies have been undertaken on the likely trajectory of solar and hydrogen production, with most predicting price parity with fossil fuel derived hydrogen gas between 2030 and 2050, broadly equivalent to the current cost of gas in many developed markets and a price that could see uptake across a range of industries. Importantly, Australia is forecast to be one of the lowest-cost producers of hydrogen.

While the supply side of the hydrogen equation and cost trajectory is relatively well understood, the same cannot be said for demand. Various studies on pathways to decarbonisation suggest hydrogen’s long-term share of energy supply could be as high as 30%. Most estimates, such as those forecast by BP and Bloomberg, fall in the order of 15-30% by 2050.

At an industry level, there is significant debate about the suitability of hydrogen from both an economic and technological perspective. Consider, for example, passenger vehicles. Hyundai and Toyota are both due to start around 20-unit hydrogen fuel-cell fleets in Australia by the end of March. At the same time, Volkswagen concluded last year that “everything speaks in favour of the battery and practically nothing speaks in favour of hydrogen”. Elon Musk calls the fuel cell-powered cars “fool cells”.

Two areas of consensus on the demand side for hydrogen centre around long-duration backup power for renewable-based grids and the production of steel.

The market opportunity for investors

While the range is wide, medium-term forecasts point to hydrogen demand growing around ten-fold. As Forrest put it in his Boyer Lecture, Australia’s “characteristic good luck” extends to hydrogen. Given Australia’s natural solar resource endowment and proximity to Asian markets, it is only a matter of time before small-cap investment opportunities arise. Australia’s ‘good luck’ is not lost on large corporates - companies such as Woodside (ASX: WPL), Incitec Pivot (ASX: IPL) and APA Group (ASX: APA) are all actively investing and exploring potential opportunities.

More than 200 years since it was first used as a source of fuel, the hype around hydrogen is growing. Improving economics and an increasing focus on curbing climate change is creating new opportunities for hydrogen as a viable alternative energy source. On the demand side, medium-term forecasts point to hydrogen demand growing around ten-fold, paving the way for future investment opportunities for Australian companies, entrepreneurs like Andrew Forrest and investors like Firetrail.

Every month, myself and the Firetrail Investments team provide insightful commentary on the stock market and our best ideas. Make sure to hit the 'FOLLOW' button below to get our updates.

S
Sambo B
21st Feb, 21
I used to work for a utility here in Australia, and way back in 2012 the cleverest electrical engineer in the business told me that Li Ion batteries were not the way of the future. Whilst he conceded that larger production of them would lead to price and efficiency improvements, he also maintained that they were still effectively the same battery that's been used in remote control cars for decades. Is hydrogen the silver bullet? Or is there something else out there? Someone's gonna make billions if my former colleague is correct...
C
Clement Chan
22nd Feb, 21
Wouldn't it be more cost-effective to produce "green" ammonia with the hydrogen for fertiliser instead of steel?
R
Rav Soin
24th Feb, 21
Electricity is used to generate hydrogen at 80% efficiency. It is liquefied at 87% efficiency. It’s transported with 99% efficiency, 10% loss from leaks and hydrogen boiling off. Fuel cell efficiency 50%. This gives a total efficiency of 31% from the source that’s used to generate the hydrogen to the car’s motor. In practice it could be considerably worse. This means a hydrogen car requires roughly 3 times as much energy per kilometer as a battery electric car.
E
Eddie Robinson
24th Feb, 21
What about transportation of Hydrogen from companies like GEV? Are they worth considering in this space?
J
Jeff Jefferson
24th Feb, 21
I see the two techs as complimentary, not in competition, with an overlap in the middle. Hydrogen makes sense in large scale applications and Li-ion batteries make sense on the small scale. You aren't going to power your mobile phone or personal mobility device from a hydrogen fuel cell, likewise you don't want to power your large trucks and cities from batteries. Just look at the numbers of individual cells that go into making a standard passenger car. Now scale that up to semi-trailer size and factor that for the ranges and hours they need to be moving, and then the cost of replacement/refurbish when the cells degrade. If we can find a core use for hydrogen that justifies the cost of setting up production, storage and wide distribution... ancillary uses, such as trucking and transport, can ride along for free, benefitting from the lower cost point.
b
benson
26th Feb, 21
Hyping things up - "hydrogen is a free gas because its the most gas in our atmosphere and also in the water that covers 75% of our planet" - is having your head in the sand. Hydrogen is an ample source yes, but converting this gas to be used as energy is very expensive (when uranium utilisation kicks in) but not only that, unless hydrogen is 100% sealed off from any oxygen (=air) it will go off like a bomb. How could hydrogen be used to power vehicles when collisions occur. How could its hydrogen fuel cells not be damaged unless cased in say titanium, when a vehicle's cost become prohibitive?

Graham Johnstone
2nd Mar, 21
You simply cannot compare energy from two gases from their weight when the weight is so different. In Chemistry we use mole as a standard for comparison. A mole of any gas at Standard temperature and Pressure occupies 22.4 litres. A mole of hydrogen weighs 2 grams and yields 285.8 Kjoules. ie 12.76 KJ/litre A mole of methane weighs 16 grams and yields 882.0 Kjoules ie 39.4 KJ/ litre Therefore the hydrogen gas going through a burner yields less than a third the energy of methane per litre of gas. Propane yields 2202 Kj/mole, even higher. Methane boils at -162 C but a lot more energy must be used to liquify hydrogen at - 260 C. Therefore hydrogen is a big myth as a fuel.

Get investment ideas from Matthew Fist when you sign up to Livewire Markets.