Why we invested in Avanti, the future of banking 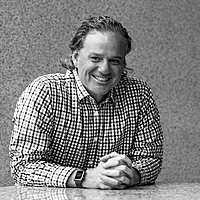 Holon Global Investments recently announced that we had become a selected shareholder in the Avanti Financial Group, Inc (Avanti Bank) through their $US37 million Series A capital raising round.

The investment meant that we joined an elite club of investors, including Trace Mayer, Morgan Creek Digital PJT Partners and Coinbase Ventures who had an opportunity to invest in one of the most innovative financial companies in the world today.

As most people know, our banking system has major challenges. But Avanti Bank is providing the hope that we can create a system that provides safe and secure banking services, including for burgeoning digital currencies; but also create a system that — unlike today’s banking system — doesn’t threaten the entire global economy and require massive Government bailouts that we as a society have to pay for.

Avanti Bank is rewriting the rules on banking, and in doing so is providing us with an outstanding investment that we believe will deliver significantly higher returns than conventional banks, including Australia’s Big Four.

The failure of too-big-to-fail

In the aftermath of the 2008 Global Financial Crisis (a crisis created by US financial institutions), the idea was cemented in the collective consciousness that the major banks in the U.S. (and Australia) were simply too-big-to-fail. No matter what happens, governments will bail them out (at the people’s expense).

This is not a great way to incentivise banks to perform, nor instil community confidence in preparation for the next financial crisis or significant economic recovery (maybe from a global pandemic perhaps?).

When Governments bail out banks it creates two major problems:

In Australia, for example, banks are now delivering significantly lower returns on equity (ROE) due to post-Global Financial Crisis (GFC) reforms. Australia’s highest returning bank, CBA, has seen their cash ROE more than halved from 22% in 2007 to just 10.5% in the 1H2021 result.

Combined with the rapid emergence of better forms of money (such as Bitcoin) and the acceleration of megatrends such as Web 3.0 innovation, new banking models are desperately needed.

In the United States, Wyoming — a state in the Mountain West region — is the right environment for a new banking system to evolve now exists. With a combination of patience and perseverance by Avanti bank’s founder together with some progressive legislators, Wyoming will be the go-to jurisdiction for digital asset businesses just as Delaware is for tech start-ups.

SPDIs provide the bridge between fiat (government-backed money such as USD), essentially the ‘old world’ and digital assets (like decentralised money such as Bitcoin), the ‘new world’.

What’s really important is that SPDIs (like Avanti Bank) can accept USD but they can’t lend it. This means there is no ‘fractional reserve banking’ like most commercial banks where customer loans are ‘geared’ against only a fraction of what the bank actually has in customer deposits, creating significant liabilities (risk).

As a consequence, SPDI’s are a much lower risk because they don’t carry the liabilities like current commercial banks. In times of crisis, SPDIs are a much safer business and don’t burden the community with potential ‘bail-outs’.

Basically, this solves the ‘too big to fail’ Government bailout issue.

Importantly, with SPDIs, digital assets (such as Bitcoin) are also custodied under a ‘bailment’ arrangement where the bank does the safe keeping of your asset but the ‘ownership’ resides with the customer. No other jurisdiction provides bailment – this is the first. Without this legal certainty, there’s always a risk of governments snatching your digital assets

What this means is that no one, not even the government, can come and take your digital assets. For institutions, and indeed anyone in the world investing seriously in digital assets, this takes a major risk off the table. Your digital assets are legally secure, which is a world first.

The huge investment potential of ‘Banking-as-a-Service’

It was in this environment that Avanti Bank was formed by former Morgan Stanley managing director Caitlin Long. As an SPDI, it serves as a compliant bridge to the U.S. dollar payments system and provides institutional-grade custody of digital assets (such as Bitcoin). All this is ‘explicitly’ backed by government (Wyoming) legislation. Again, this is a world first.

In essence, Avanti Bank is ushering in a new era of ‘Banking-as-a-Service’ to support the global digitisation of financial services.

Unlike banks of today, there is every reason to believe that SPDI’s, and particularly Avanti Bank, will be high returning, high growth and low risk.

There are a number of key reasons why it is a great investment.

As they say, money makes the world go round – and whoever makes money quick, efficient, low cost and low risk to go round is definitely on a winner! We believe Avanti Bank is that winner.

A founder of Holon Global Investments, Heath is a global equities portfolio manager applying a qualitative focus to investing in businesses to take advantage of global digital innovation.

Get investment ideas from Heath Behncke when you sign up to Livewire Markets.