World order in the balance 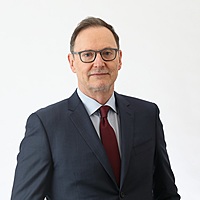 In the blink of an eye, the world order changed dramatically and violently as weeks-long Russian threats materialized into full-scale airstrikes and columns of armoured vehicles invading Ukraine from multiple fronts. While our macro-oriented, value-driven investment approach remains focused on the long term, we also are committed to providing our clients with clear communications in times of significant uncertainty.

At this stage, details around the escalating conflict in Ukraine are still evolving. It is impossible to predict an outcome as the situation remains fluid and uncertain. The next few days and weeks will be critical in offering more clarity around Russia’s ultimate end objective, the degree of resistance from Ukraine, the success or failure of peace talks, and the magnitude of responses from NATO allies, including more stringent economic sanctions—these will be critical components influencing whether the conflict deflates or becomes further entrenched.

It is not our intention at this point to make investment decisions based solely on the news. However, we are watching and assessing the evolving situation carefully across multiple fronts, both from the perspective of managing risk and gauging valuation opportunities.

Volatility in Equities and Risk Assets

Financial markets are reacting as expected to the heightened uncertainty. In the first days of the invasion, global equities plunged while safe-haven assets rallied. However, extreme dislocations tend to be self-correcting as enterprising investors look to exploit anomalies. Markets eventually recouped some of their initial losses while safe-haven assets, including U.S. Treasuries, lost steam.

We expect volatility to stay elevated as markets continue to be headline-driven, and risk-off havens like gold may generally remain strong.

Further risks to the stability of financial markets may depend on the type and degree of sanctions imposed. Unfortunately, while these sanctions are aimed directly at Russia’s economy and elite, knock-on effects to other economies and markets cannot be isolated or avoided. However, sanctions and trading bans already are causing turmoil. Russia’s central bank temporarily closed the country’s stock market and more than doubled interest rates to 20% from 9.5%, elevating fears of default. Russian bonds, nearly impossible to trade at the moment, have plunged in value.

In the weeks preceding the invasion, the U.S. dollar had been remarkably unmoved. Unsurprisingly, the sudden escalation in geopolitical risk has sent the greenback higher against virtually all currencies, particularly emerging markets. The ruble has seen its value plummet to record lows as Russia faces severe sanctions and domestic citizens rush to withdraw deposits. We expect currency volatility to remain high in the near term.

Many of the supports to the U.S. dollar have been in flux. Expectations for Federal Reserve (Fed) interest rate hikes had been buoying the dollar against other major currencies; however, the pace of monetary tightening may be called into question absent any speedy resolutions to the current situation in Ukraine. Strong equity performance has been replaced by heightened volatility. Relative U.S. growth outperformance, another support of the dollar, had been shifting, particularly in favour of Europe and emerging markets. However, that transition may be in limbo, at least in the near term. In short, while we have anticipated a broader, cyclical turn against the dollar could be underway, this shift in favour of other currencies—including emerging markets—could be pushed further out.

Oil and Commodities Prices to Rise

Russia supplies around 10% of the global oil supply and a third of European natural gas. With European supply potentially impaired, even with North American and other suppliers ramping up production, European and global gas prices are likely to rise. Already, the invasion sent immediate shock waves through energy markets. Brent crude oil surpassed $105 per barrel, marking the first time prices crossed the $100 level since 2014. Longer term, this crisis could elevate discussions around energy independence. In the near term, the situation is likely inflationary.

Transportation disruptions and rising oil and commodity prices introduce new challenges at a time when still-fragile global supply chains are struggling to recover. And, specific goods sourced from Russia and Ukraine, including neon gas, an essential component in semiconductor manufacturing, metals, and wheat, highlight critical dependencies that could further exacerbate global supply chain disruptions and stoke inflation. However, Europe and Russia have a limited trade relationship outside of energy. The bulk of EU imports from Russia are energy and modest bank exposure, while EU exports to Russia constitute only about 0.5% of the euro bloc’s total gross domestic product (GDP).

Markets are clearly signaling that current conditions will be inflationary. Supply chain issues may be further aggravated, and demand may not immediately drop off. However, the expected increases in energy and commodity prices and tighter financial conditions may impair growth, potentially creating a stagflationary environment in the short term. These pressures may be felt more acutely in Europe as the region’s tenuous recovery from COVID-19 faces another major setback—even as prices are rising. However, emerging markets already battling inflation also remain susceptible.

Many developed market central banks were poised to begin normalizing monetary policy, with markets anticipating multiple rate hikes from the European Central Bank, the Fed, and others. Now, even with rising inflationary pressures, central banks may tolerate more inflation and moderate tightening to protect growth. However, the ability for the Fed and other major central banks to engineer a soft landing has become exponentially more complicated. On the fiscal side, we could see European and other NATO countries increase military spending, which could impact their debt levels over the long-term. Already, Germany has pledged to send military aid to Ukraine and boost its own defence spending to near 2% of GDP. In a historical context, these are extraordinary moves by Germany, unprecedented in the post-WWII time period.

Impact of Sanctions on Russia

Since its annexation of parts of Georgia and the Crimean Peninsula, Russia has sought to increasingly insulate its domestic economy from foreign influence, reducing debt per GDP to one of the lowest levels while building up foreign reserves to among one of the strongest positions globally. More severe economic sanctions imposed by Europe, the U.S., the U.K, and Canada may eventually yield their intended consequences, however, Russia’s economy may be able to withstand a longer campaign than anticipated.

In the last few days, the U.S. and Europe have significantly increased the magnitude of economic sanctions against Russia. Among the most significant are restrictions on the Russian Central Bank and the SWIFT global payments messaging platform.

The U.S. Treasury Department will freeze assets of the Russian Central Bank and disallow transactions in dollars. Meanwhile, Europe is cutting off Russia’s access to its foreign reserves. Furthermore, all U.S. and EU citizens are banned from trading with Russia’s central bank. Support also has coalesced for removing certain Russian banks from the SWIFT global payments messaging system. However, this move comes with several risks. Sanctions on oil have, to date, been off the table. Europe would need to retain the ability to make electronic transactions for needed energy purchases from Russia. Furthermore, Russia may be unable to make payments owed to other international financial institutions and countries. Lastly, removal from SWIFT could push Russia closer to China, which has its own electronic messaging platform for financial transactions. This latter risk could come with longer-term implications for the U.S. dollar’s position as the world’s reserve currency.

Europe’s tenuous recovery from the COVID-19 pandemic faces another setback in the form of a massive humanitarian crisis. Nearby countries, including Poland, Slovakia, Hungary, and Moldova, are already receiving an influx of nearly half a million Ukrainian refugees, putting an immediate strain on economies and resources. Over the longer term, refugee policies have been destabilizing for European unity. These neighbouring countries may also be hurt by their proximity to a militarized and unstable neighbour.

It is too early to understand all the political, economic, and investment implications of Russia’s invasion into Ukraine and the resulting sanctions. Furthermore, a Russian takeover of Ukraine would not necessarily be a fait accompli. Ukraine’s demonstrated resistance could make annexation difficult, while crippling economic sanctions would impair Russia’s ability to successfully maintain control over Ukraine.

As the situation continues to unfold, and global markets attempt to formulate some rational base case around potential outcomes and risks, we see several key takeaways:

We will continue to monitor the crisis with the hope for a quick and peaceful resolution.

........
WHAT ARE THE RISKS? Past performance is no guarantee of future results. Please note that an investor cannot invest directly in an index. Unmanaged index returns do not reflect any fees, expenses or sales charges. Equity securities are subject to price fluctuation and possible loss of principal. Fixed-income securities involve interest rate, credit, inflation and reinvestment risks; and possible loss of principal. As interest rates rise, the value of fixed income securities falls. International investments are subject to special risks including currency fluctuations, social, economic and political uncertainties, which could increase volatility. These risks are magnified in emerging markets. Commodities and currencies contain heightened risk that include market, political, regulatory, and natural conditions and may not be suitable for all investors. U.S. Treasuries are direct debt obligations issued and backed by the “full faith and credit” of the U.S. government. The U.S. government guarantees the principal and interest payments on U.S. Treasuries when the securities are held to maturity. Unlike U.S. Treasuries, debt securities issued by the federal agencies and instrumentalities and related investments may or may not be backed by the full faith and credit of the U.S. government. Even when the U.S. government guarantees principal and interest payments on securities, this guarantee does not apply to losses resulting from declines in the market value of these securities.
save

Get investment ideas from Francis Scotland when you sign up to Livewire Markets.