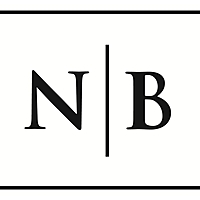 You can capture the coming year as being a settling period for the economy and markets. As Erik Knutzen CFA CAIA, Chief Investment Officer -Multi-Asset Class describes it:

The summary of the themes, as they fall into each category, follows.

Macro: back to the "old normal"

1. A year of peaks and troughs with a return to the "old normal"

We think the next 12 months will likely see this cycle’s peaks in global inflation, central bank policy tightening, core government bond yields and market volatility, as well as troughs in GDP growth, corporate earnings growth and global equity market valuations. But we do not believe this will mark a reversion to the post-2008 “new normal”. We see structural forces behind persistently higher inflation— and, therefore, a persistently higher neutral interest rate, a higher cost of capital and lower asset valuations. The structural forces behind inflation include deglobalisation, China’s economic reorientation, the shift to more accommodative fiscal policy, and decarbonisation.

“Goodbye to the “new normal” and welcome back to the “old normal”. We got used to money being virtually free, but that was far from normal. What we are returning to is normal: an environment in which capital is appropriately priced to generate an appropriate return,” says Joseph V. Amato, President and Chief Investment Officer – Equities

As rates rise and investors demand higher risk premia, the cost of capital goes up. This happens at some point in most cycles, but we believe the current adjustment is structural, and it is proving unusually large and rapid—raising the risk that it is disruptive. Many mortgage borrowers could be shocked when they refinance at 2023 rates. Many corporate capital structures built for a low-rate environment are in for a similar sharp adjustment. And with government debt exploding during the pandemic and “bond vigilantes” back on watch, some sovereigns may be forced into the kind of uncomfortable re-think recently forced upon the U.K. We think investors should be watchful for weak points that could cause broader disruption.

"It's going to make global production less efficient and more labour-intensive, which is probably more favourable for Main Street jobs and wages than Wall Street returns, even after we account for the inflationary effect. But it's also going to be more capital-intensive," says Niall O'Sullivan, EMEA Chief Investment Officer - Multi-Asset Class

Manufacturing supply chains, commodity markets, financial systems, regulatory regimes, fiscal and monetary policy frameworks - we have seen them all become more integrated between 1980 and 2008, and more fragmented since. We see many and varied reasons, including the political backlash against the unequal outcomes of globalization; the shocks of the Great Financial Crisis and the pandemic; the waning internationalism of the U.S.; and increasing tensions as geopolitical blocs realign. We anticipate more landmarks on this journey in 2023, as it is driven by strong political, security and risk management imperatives.

Environmental, social and governance (ESG) investing became increasingly politicized in 2022 as the crisis in Ukraine triggered strong outperformance from fossil fuel assets and stoked fears that ESG investors were starving domestic energy providers of capital. To counter this politicisation, we believe more clarity is needed on the distinction between investing processes and investing outcomes. ESG integration is a process designed to ensure that financially material ESG factors are considered, alongside others, in traditional investment analysis. Exclusions, sustainable investing and impact investing pursue a specific non-financial outcome, in a portfolio or in the real world, alongside managing financial return. We anticipate focus on this clarification from the industry and its regulators in 2023.

We enter 2023 with high inflation and extreme levels of government debt. Against this background, we see bond investors standing up more strongly for their interests against policymakers. Markets are punishing policy inconsistencies between fiscal and monetary authorities within sovereigns; and excessive fiscal or monetary policy divergences between sovereigns. We think core government bond yields may be range-bound where policies are consistent, but potentially higher and more volatile where policies are inconsistent. Despite the pace of policy adjustment and attendant market rate moves, outside the U.K. central banks have so far not had to intervene to maintain market liquidity—but an emergent policy conflict remains a tail risk for bond markets in 2023.

“We’ve had a decade of low and declining rates. That’s a lot of time for them to become entrenched in the way capital structures are built and investment strategies are designed,” Brad Tank, Chief Investment Officer, Fixed Income

Over the course of a decade, many financial structures have been built around falling and ultimately near-zero rates, including a lot of debt structures. Floating-rate borrowers will need to adjust right away, but because we see structurally higher rates ahead, we think fixed-rate borrowers will eventually need to adjust, too. We do not anticipate a major uptick in defaults: the economy has historically been able to generate healthy growth with rates at these levels, balance sheets are generally strong and maturities are generally several years away, supporting a range of fixed-income credit markets. That said, in our view, the sooner investors work higher-rates-for-longer into their credit analyses, the sooner they are likely to make what we regard as the necessary portfolio adjustments.

“The market is no longer willing to pay for profits that might arrive in 2099. We think it now wants real companies making real profits and promising real growth, with credible business plans and credible financing models." Joseph V. Amato.

Much of the equity bear market of the first half of 2022 appeared to be due to the application of higher discount rates to largely unchanged future earnings estimates. Consensus earnings growth estimates for 2023 did not fall in the same way as real GDP growth estimates, perhaps because high inflation has supported nominal GDP growth. As inflation turns downward but remains relatively high as the economy slows, we think earnings estimates are likely to be revised down. We also think dispersion will increase, favouring companies that are less exposed to labour and commodity costs and have more pricing power to maintain margins, and use less aggressive earnings accounting. We believe this will translate into greater dispersion of stock performance.

When equity investors demand higher risk premia and bond yields present a meaningfully higher return hurdle, one way to keep the cost of capital down is to re-focus on delivering tangible, near-term shareholder value. When the economic going gets tough, effective management teams typically start improving capital structures and balance sheets, spinning out lower-return divisions, acquiring strategic targets finding efficiencies, and engaging creatively with shareholders. In these conditions, we tend to see the true potential of alignment between active shareholders and company management: 2023 could be a lively year in the boardroom. One example of a country where we see a shift towards shareholder-friendly corporate governance is Japan because it has gotten harder to achieve growth there and a key way to attract capital is to focus on tangible near-term investor value.

Alternatives: challenges ahead but opportunities for the nimble

“Conditions will favour private companies with pricing power, lower labour and commodity costs, and moderate debt, and General Partners with a longstanding record of bringing value-additive industry skills and experience to their investments,” Anthony D Tutrone, Global Head of Alternatives

Private markets won’t be impervious to the ongoing slowdown. Exits are more difficult in volatile public markets, and while private company valuations tend not to fall as far as public market valuations, we do think they are likely to decline. Such a challenging environment is likely to result in performance dispersion that tends to favour higher-quality companies, especially where management has well-defined growth plans as opposed to relying on leverage and multiple expansion. It’s also important to remember that private equity funds generally invest over multi-year periods, typically enabling new and recent-vintage funds with “dry powder” to seek opportunities as valuations decline through the slowdown.

In a market downturn, liquidity providers can be selective across liquid and illiquid alternatives and niche opportunistic strategies as valuations decline—or even dislocate. Among liquid alternatives, we think global macro and other trading-oriented hedged strategies can continue to find opportunity amid volatility. We anticipate increasing opportunities to provide niche capital solutions at attractive or even stressed yields as debt structures are reworked. And on the illiquid side, we think private equity secondaries has become a buyers’ market. Economic strains could also open up long-term value opportunities in inflation-sensitive real assets, in markets both liquid (e.g., certain commodities) and illiquid (e.g., real estate).

If there's a key idea that investors should take from these themes, it is that markets will continue to grapple with and adjust to a return to the "old normal".

Or as Brad Tank says,

"It's about a normalisation after a decade of something deeply abnormal. I think the 2020s could end up looking like the 1990s in reverse. The 1990s started with high inflation and ended with low inflation."

This is what "business as usual" should be looking like in markets.

Each year, our investment leaders identify 10 key themes that they believe will be prominent in the markets over the next 12 months. In addition to the above summary, our global CIO's discuss each of these themes in more detail here.

Neuberger Berman was founded in 1939 to do one thing: deliver compelling investment results for our clients over the long term. This remains our singular purpose today, driven by a culture rooted in deep fundamental research, the pursuit of...