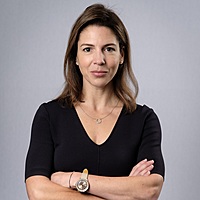 I recently picked my seven-year old daughter up from school, gabbling excitedly about what she had just learnt about solar energy. The drive home was punctuated with her pointing out all the things the sun could power (“cars…buses…your phone, Mummy”).

For her generation, the equation is simple: the sun equals endless clean energy. The commercial and political complications of transitioning to renewables don’t come into it – they’re for our generation to thrash out.

Thrash them out we must – because the energy revolution is happening around us whether we want it to or not. According to the Climate Group RE100 initiative, over 260 major companies around the world have committed to 100% renewable energy, including Google, Ikea, Apple, Facebook, Microsoft and Coca-Cola.

In the US, a 2018 survey by the Edison Electric Institute found that a staggering 70% of American consumers wanted 100% renewable electricity and 51% said they would maintain this support even if energy bills were to climb 30%. President-elect Joe Biden has pledged to invest $400bn over 10 years into clean energy and innovation. Even China has pledged carbon neutrality by 2060. Given more than half of the renewable energy capacity added in 2019 achieved lower power costs than the cheapest new coal plants, the economic tipping point for moving to clean energy has already arrived.

Demand is redirecting investment flows. A survey by Octopus Renewables shows planned global institutional investment is set to move US$742.5bn into clean energy over the next decade. As more net zero carbon commitments continue to surface, that figure can only rachet up. Indeed, the International Renewable Energy Agency says annual investment in renewables will need to almost triple to US$800bn by 2050 to fulfil the world’s decarbonisation and climate goals.

Here in Australia, the debate about clean energy can feel challenging given our economy’s high exposure to and reliance on traditional energy and mining sectors. But Investors cannot ignore this mega-trend transforming behaviour worldwide however, and there are some compelling homegrown stocks to capitalise on the inevitable transition:

Mercury NZ Ltd (MCY) is a small-cap company that produces energy from 100% renewable sources, currently generating 15% of New Zealand’s electricity. We like it because of the sustainable cost advantages from its difficult-to-replace hydro and geothermal generation assets and scale in the oligopolistic retail electricity market, which has enabled it to deliver 12 consecutive years of ordinary dividend growth. With plans to expand into Australia, its earnings potential remains robust.

At the other end of the cap spectrum, Macquarie Group (MQG) is one of the world’s largest investors in renewable energy, with more than A$20 billion of renewable energy assets under management (31 March 2020). Fourteen percent of its total funded equity investments are exposed to renewable energy versus only 2.2% in conventional energy. This is a strategic focus and core competitive advantage, which we as shareholders support.

With tech titans such as Apple and Google leading the charge on net-zero carbon commitments, 2021 is likely to be a year of clean energy innovation – from battery storage to virtual power plants. Fossil fuels aren’t going away overnight, but for investors taking a long-term view on their portfolio, clean energy has to be in the mix. Today’s seven-year-olds are counting on it.

One Thing Investors Can't Ignore in 2021

The above wire is part of Livewire's exclusive series looking at The One Thing Investors Can't Ignore in 2021. The series will culminate in the release of a dedicated eBook that will be sent to readers on Monday 21st December. You can stay up to date with all of my latest insights by hitting the follow button below.

LIVEWIRE FUND PROFILE
abrdn: abrdn Sustainable Australian Equity Fund
........
Issued by Aberdeen Standard Investments Australia Limited ABN 59 002 123 364 AFSL No. 240263. This document has been prepared with care, is based on sources believed to be reliable and opinions expressed are honestly held as at the applicable date. However it is of a general nature only and we accept no liability for any Standard Investments Client Services on 1800 636 888, at or from your financial adviser. This document has been prepared without taking into account the particular objectives, financial situation or needs of any investor. Investments are subject to investment risk, including possible delays in payment and loss of income and principal invested. It is important that before deciding whether to acquire, hold or redeem an investment in a Fund that investors consider the Fund’s PDS, the Fund’s appropriateness to their own circumstances, objectives and financial situation and consult financial and tax advisers. You must not copy, modify, sell, distribute, adapt, publish, frame, reproduce or otherwise use any of this material without our prior written consent. Past performance is not a reliable indicator of future results. All dollars are Australian dollars unless otherwise specified. Indices are copyrighted by and proprietary to the issuer.
Follow Michelle Lopez’s wires
save

Michelle joined abrdn in 2004. Previously, Michelle worked for Watson Wyatt as a Quant Analyst. Michelle holds a BA in Applied Finance and Commerce (Marketing) from Macquarie University, Sydney and is a CFA® charterholder.

Get investment ideas from Michelle Lopez when you sign up to Livewire Markets.