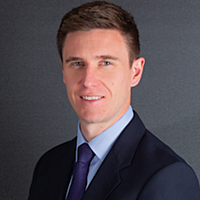 There are four key phases of the US Presidential election cycle that will play out over the next 18 months. The pre-caucus debate phase starts this week, on 26th June, followed by voting for candidates in the caucus period. The candidates are officially announced three months prior to election day, and the election will take place in November 2020.

We can use the historical relative performance of healthcare to the S&P500 as a proxy for political risk, given this sector is the most exposed. Clearly, each election campaign is different, but we can describe the typical pattern of risk and stock performance.

This US Presidential election cycle is one of the most important issues for global investors to have on their radar over through FY20, and it could yield specific stock opportunities.

We lay out a road map for the election cycle in this wire, along with two more critical issues to be aware of as we head into the new financial year.

Key stages of the US Presidential cycle

The season kicks off on this Wednesday, with the first Democratic debate. Twenty candidates will take place in the first debates, jockeying for attention over the second half of 2019 as the field narrows.

Candidates on the left are likely to compete for the progressive mantle, which is broadly negative for stock markets. Expect the most alarming headlines over the second half of 2019, but the least attention should be paid, as most candidates will fall by the wayside and bold policies abandoned.

The caucus period is typically the most volatile for markets in the Presidential cycle, and a period where investors should be cautious with exposure to healthcare and technology stocks. The Iowa caucus opens the formal voting for the Democratic candidate on 3 February 2020. By this stage, we should be down to a handful of candidates, with increasing clarity over the likely winner.

Currently, the polls are favouring Biden-Sanders-Warren, with Biden as the moderate candidate and Warren and Sanders to the left. Biden is seen as the positive outcome for stock markets and is the early favourite. Sanders has supported nationalising companies and reforming the financial system, and Warren has advocated breaking up corporations, so any increase in support for those candidates may hit markets.

By early March the Democratic candidate should be determined, with 17 caucuses voting by 3 March (Super Tuesday). Generally, markets calm once the candidates are determined, as they veer to the median voter and we see a more traditional election debate. Like the previous election, the focus is likely to be as much on personalities as policies. This period lasts until the November 2020 election date.

Post-election, there can be a period of volatility due to speculation over what policies the new President will prioritise. However, unless the President’s party wins 60 senate seats, it can be difficult for them to implement their desired policies. A new President needs to prioritise policies, and many election issues can fall by the wayside.

Generally, the probability of policies being enacted that negatively affect companies is low. The election cycle presents opportunities to buy quality names at a discount as the market over-reacts to low probability/high impact stories.

Stocks to watch over the period would include Johnson & Johnson, HCA, and UnitedHealth over any “Medicare for all” speculation, tech companies like Alphabet and Amazon over anti-trust threats, and Home Depot over trade war escalation. The riskiest period is likely to be January – March 2020, where investors should consider lowering their exposure to US political risk.

No two election cycles are the same though; last time it was the Clinton pharmaceutical tweet in September 2015 that caused the most volatility in the 2016 election. This time, the election will take place under the backdrop of a trade dispute, which may take some heat off domestic stocks.

Negative yields: The gods must be crazy

As we enter the new financial year, 10-year bond yields for Australia are at all-time lows, France, Germany, and Japan have negative yields, the US yields 2% and the UK below 1%. A record $12.5 trillion of debt is paying a negative yield. These rates are extraordinary in the long-term context, but more recently they are similar to 2016. This was followed by rate rises at the Fed, bond yields rising, and a 47% bull run in the S&P500.

Could this happen again? We have to think about two scenarios for the following 12 months:

There is simply not the evidence to support the aggressive stance of central banks on rates. It’s not even clear if ultra-loose monetary policy would be effective if the economy is weak. They’re certainly threatening an extreme reaction to an ambiguous signal. Central banks have strayed from their previous behaviour and it appears that politics have crept in. The Fed had to choose between political patsy or pariah, and took the path of least resistance. The RBA has gone the other way – from measured observer to trolling the government’s push for a surplus. Erosion of central bank independence leads to the question of why central banks are independent in the first place.

Independence prevents governments from running loose monetary policy, resulting in excessive inflation. Is this still relevant in a low-inflation environment, or would a co-ordinated monetary and fiscal policy response be stronger? Here I side with Bernanke, that professionalism, credibility, and practical expertise are essential tools for monetary policy, and that these are best found in an independent framework. But I reserve my right to disagree with the outcome!

Bond yields are low – if they continue to fall further, we’d expect to see stock markets decline. The underlying question is whether we expect a recession over the next 12 months, resulting in earnings decline and market fall. Investors should watch employment data and GDP growth, along with quarterly earnings data, to form a view on the likelihood of this outcome.

We think the likelihood of a recession is low, that bond yields are fundamentally too low at the moment, driven by excessive central bank dovishness.

Our outlook is for a moderate year, with some volatility due to uncertainty and political risk, but improving earnings from Q1 2020 supporting the market.

A currency war is a war Australia can win

Something huge happened in the last 12 months – the Aussie dollar went from a positive carry currency against the US dollar to negative.

Historically, Australian interest rates have been higher than the US, meaning you earn more on a government bond here, which attracts capital to the Aussie dollar, particularly when markets are bullish and there’s cash sloshing around. The Aussie dollar generally rose in bull markets, ignoring lots of other variables.

There’s a more nuanced point though – not only is the most likely outcome Australian dollar weakness, the currency has also become counter-cyclical. This means if an investor is bullish on the stock market, they should be looking to invest in US dollar assets. Historically the Aussie was pro-cyclical, supporting Australian stocks in a rising market. Over the next 12 months, Australian investors should monitor the currency, and unless the current situation changes they should look overseas to protect the value of their capital. Trump is calling out the EU for starting a currency war, while simultaneously cajoling the Fed to fight a currency war. The US government introduced currency manipulator legislation in 2015, and further penalties have been proposed by the Commerce Department, including tariffs.

Currently, the US Treasury does not find any countries meet the three conditions to be named currency manipulators, with only Singapore found to be intervening in the FX market (but they have a trade deficit with the US so are exempt). China was not found guilty, due to the low level of current account surplus with the US and insufficient FX purchases. Trump is unlikely to be happy with this outcome, and will likely push for sanctions against the EU and China, or more action at the Fed to devalue the currency. But this is a war the US will struggle to win – their bond yields are still relatively high, the US dollar is the reserve currency and seen as a safe haven, and the Fed has been the most hawkish of the international central banks. The exception is China, which appears to be preparing to support their currency over the coming year.

We expect to hear a lot about currency wars over the next twelve months, hand-in-hand with trade war debates. We are somewhat against the consensus, in that we see the Chinese Yuan strengthening, but otherwise, the likely outcome is the US dollar strengthening unless the Fed embraces negative rates. Our view favours US and Chinese stocks over Australia and Europe.

How to navigate this uncertainty to prosper in FY20

To find out more about the global investment solutions that Walsh & Company can offer you, please click the 'contact' button below. You can also stay up to date with my latest insights throughout the year by hitting 'follow'.

........
The above is general information only and does not consider any particular investor’s circumstances. It is based on the opinion of the author alone and is not intended to be a research report. The information should not be relied upon to make an investment decision without seeking further information and/or advice from a financial adviser and considering whether any investment is appropriate in the circumstances. This article may contain statements, opinions, projections, forecasts and other material (forward looking statements), based on various assumptions. Those assumptions may or may not prove to be correct. The author does not make any representation as to the accuracy or likelihood of fulfilment of the forward-looking statements or any of the assumptions upon which they are based. Actual results, performance or achievements may vary materially from any projections and forward-looking statements and the assumptions on which those statements are based. Readers are cautioned not to place undue reliance on forward looking statements and assume no obligation to update that information.
save

Get investment ideas from Ted Alexander when you sign up to Livewire Markets.