4 macroeconomic indicators and why they matter right now 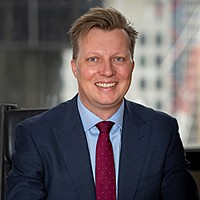 Economic indicators are as ubiquitous as financial commentators during a crisis, but what do they really mean, and why do they matter? Given uncertainty seems to dominate global discourse at the moment, we feel it is appropriate to examine the indicators that can give us insight into our economic prosperity in the coming months and beyond.

Here are four key macroeconomic indicators and what they can tell us about the (economic) future.

The Purchasing Manager’s Index (PMI) is an economic indicator which signals the direction of business conditions in the manufacturing and services sector.

The index, which polls businesses in the relevant industries on a monthly basis, reflects the acquisition activity of goods and services by purchasing managers, which provides guidance on whether the economy is expanding, contracting or is stagnant.

The PMI is seen as a key leading indicator because it can tell us when companies stop or are reducing purchasing inputs into the production line in response to dropping demand. Generally, this can identify a slowing economy before other top line reports such as retail sales and consumer spending. The PMI provides manufacturers, business and investors with key data as to which direction the economy is heading in.

As the chart below shows, the JP Morgan Global Composite PMI reached a nadir in April but has since recovered, indicating a rebound in demand conditions. Over the next few months this data will be important in assessing whether demand conditions hold up or suffer a ‘double dip’.

The Consumer Price Index (CPI) is a measure of the overall level of retail prices for a representative basket of goods and services typically acquired by Australian households in metropolitan areas.

Inflation has remained lower than the RBA would like for several years, and the COVID crisis has pushed inflation even lower. Accordingly, the speed with which inflation rebounds over coming years (as the economy recovers) will heavily dictate the speed with which the RBA unwinds the current very low level of interest rates. If inflation fails to push much higher, it will increase the risk of the RBA adopting more unconventional means – such as negative interest rates – to stimulate price growth.

The Australian Bureau of Statistics (ABS) defines as unemployed a person who, during a specified reference period, is not employed for one hour or more, is actively seeking work, and is currently available for work. The unemployment rate is a measure of those unemployed divided by the labour force, which allows us to have an accurate measure of those who are able to be employed, but cannot find work.

Arguably, the productivity and wealth of a country’s citizens is the ultimate determiner of economic success, and hence the unemployment rate is a key indicator of economic prosperity. Employment indicators are important as a fall in employment can indicate a fall in discretionary spending which in turn would reduce gross domestic product and overall economic growth.

From the above chart, it is evident the COVID-19 induced economic shutdown has had a profound effect on the unemployment rate in Australia, and this is replicated over many developed economies. If lockdowns continue to be implemented in Australia, the unemployment rate is likely to remain high, affecting gross productivity as well as discretionary spending – ultimately leading to a reduction in economic output.

It is also worth explaining the other metrics in the chart.

The labour force underutilisation rate is defined as the sum of the number of persons unemployed and underemployed, expressed as a percentage of the labour force. This measure provides a further measure of the state of the larger workforce and measures the extent to which all available labour resources are not being fully used in the economy.

Using these three measures, we are able to gain a clearer picture of the entire labour force in Australia.

The RBA, like many central banks around the world, produces documented minutes of its monthly meetings, which are closely followed by market analysts and economists. Generally, the RBA will hint at its inclination towards possible future policy action some months in advance, based on its assessment of the economy. Central bank sentiment can generally be taken as ‘hawkish’, which indicates increases to interest rates in the future to cool an economy which is running too hard, or ‘dovish’, which indicates an easing of monetary policy and a reduction in rates, designed to stimulate economic activity.

At present, most central banks retain a dovish view on interest rates and the economy – indicating a preparedness to ease policy further if economic growth remains weak, and no hurry to raise interest rates any time soon. As economies continue to evolve, the minutes to future policy meetings will be a good place to look for early signs of a shift in central bank sentiment.

If you find this kind of analysis interesting, keep a look out for economic analysis by our own Chief Economist David Bassanese who you can follow here.

Peter Harper is Executive Director – Capital Markets and Institutional Business at BetaShares and is responsible for leading sales strategy and execution across all client segments, as well as leading the firm’s capital markets activities.

Get investment ideas from Peter Harper when you sign up to Livewire Markets.