7 Key Decisions on a2 Milk's Road to Success 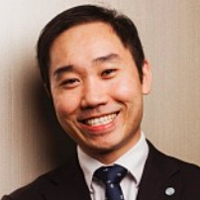 A2 Milk (A2M) is a global branded dairy company that has its core competency in marketing. Its a2-beta protein fresh milk and infant formula has achieved fast growth and significant market share in both Australia and China. Shareholders have been very well rewarded with share price increases from A$0.56 at its Australian listing on 31 March 2015, to a high of A$12.74 in March 2018, a 22-bagger within three years.

Everybody can see the rapid share price appreciation in the past three years, but ignore the fact this is an 18-year overnight success story.

A2 Milk was incorporated in 2000 to commercialise the intellectual property of the a2-beta protein related research. Current CEO Geoff Babidge joined the Company on September 1st, 2010. The share price was $0.08 on that day.

We have followed the Company since 2013 (in my prevoius role) when the Company has just launched its A2 Platinum Infant Formula in Australia. We picked the stock (in my previous role) at around $0.60 in June 2015, and have owned it continuously under different ownership structures and through job changes.

Every success story has some luck in it. For A2 Milk, its first break was the Australian supermarkets’ $1 price war on fresh milk that kick-started A2’s significant growth in Australia fresh milk market. When everyone was focusing on cheap milk, a differentiated product at a premium price became the shining light that captivated a segment of the market preferring quality over price.

The second fortunate event happened in 2014. 2 years after A2 launched its infant formula, China established its free-trade zones which opened China’s fast-growing internet retailing market in a highly streamline and tax-friendly way. If A2 were a few years too early, it would have suffered more setbacks in penetrating the Chinese market, like its experience in the UK and US.

Masked by these two fortunate events and numerous other setbacks, we discovered one of the best management teams in Australia and Zealand for the past decade.

7 key decisions on the road to success

In hindsight, A2’s management led by Geoffrey Babidge made all the right decisions, which navigated the Company to its current success. Let’s flashback to some of these decisions:

We admire how Geoffrey Babidge has built such an amazing business, and how many cows he’s brought us.